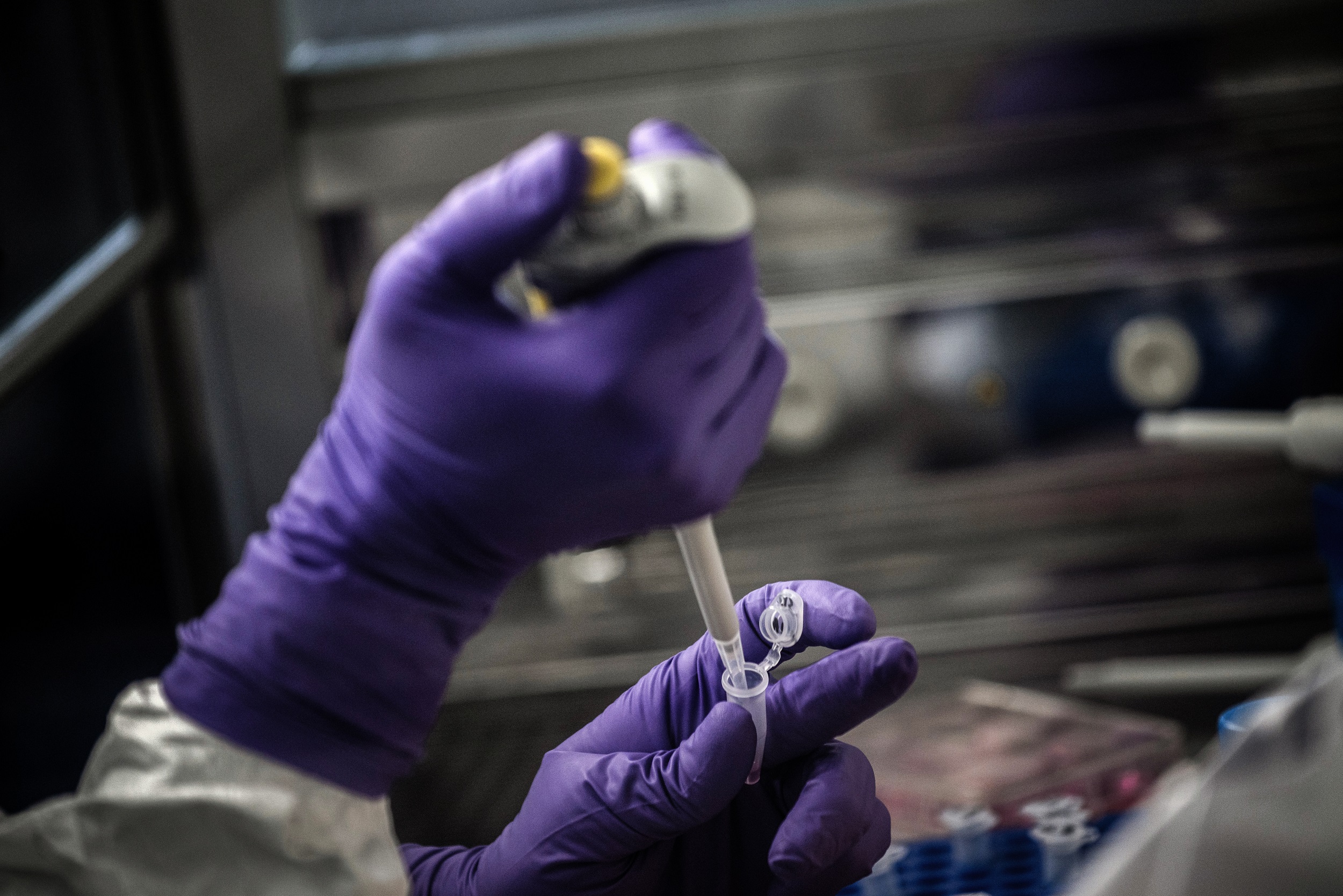 File: A scientist is at work in the VirPath university laboratory as they try to find an effective treatment against the new coronavirus.

LONDON - The British government on Monday warned the outbreak of novel coronavirus was a "serious and imminent threat", doubling the number of cases recorded in the country from four to eight.

Anyone with the virus can now be forcibly quarantined and sent into isolation if they are deemed to pose a public health threat, the government said.

Two hospitals have been designated as "isolation" facilities, both of which currently house Britons who have returned from Wuhan, the Chinese city at the centre of the outbreak.

"The incidence or transmission of novel coronavirus constitutes a serious and imminent threat to public health," the health ministry said.

Britain's Press Association news agency quoted a government source saying the new measures had been announced because one person who returned from China on an evacuation flight "was threatening to abscond" from 14-day isolation.

The new patients who tested positive in Britain are all known contacts of a previously confirmed case in France, the ministry said.

READ: WHO warns overseas virus spread may be 'tip of the iceberg'

Health authorities were unable to say if these are the same cases reported by the French authorities on Saturday when contacted by AFP.

Five UK nationals who tested positive in France came into contact with a Briton who had returned from Singapore and stayed at a ski chalet near Mont Blanc in the French Alps.

The man was originally from Brighton, southeast England, where he was diagnosed on his return before being transferred to London.

A medical centre in Brighton said Monday it had temporarily closed for "an urgent operational health and safety reason".

The BBC and Sky News said one of the centre's staff members had tested positive for the virus, although this was not officially confirmed.

An AFP photographer at the scene saw health workers in hazmat suits at the surgery.

The Brighton Argus newspaper said the patient who tested positive was a doctor who was at work for one day but did not treat any patients, without quoting sources.

The health ministry in London insisted it was "extremely well prepared" to manage and treat cases.

Two evacuation flights have returned British nationals from Wuhan and they have been taken into quarantine for two weeks.

Health minister Matt Hancock said the new regulations would "ensure that the public are protected as far as possible from the transmission of the virus".

The SARS-like virus, which first emerged at the end of last year, has killed more than 900 people, and spread around the world. Some 40,000 people have been infected in China and 350 elsewhere.

Most of deaths have also been in China.