UK hit by biggest rail strike in over 30 years 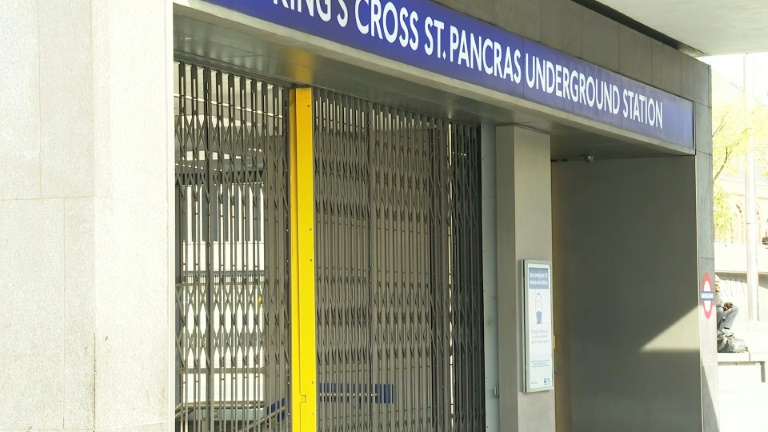 LONDON - Rush-hour commuters in the UK faced chaos on Tuesday as railway workers launched the network's biggest strike in more than three decades, forcing people to trek to work on foot, by bike, bus -- or simply not bother at all.

The RMT rail union argues the strikes are necessary as wages have failed to keep pace with UK inflation, which has hit a 40-year high and is on course to keep rising.

Last-ditch talks to avert the work stoppage broke down on Monday, meaning more than 50,000 RMT members will walk out for three days this week.

Train and London Underground stations, normally a sea of people for the morning rush, were deserted or even locked, with just a skeleton service running on many networks across the country.

Passengers were warned not to travel all week, with two more days of strike action scheduled for Thursday and Saturday wreaking havoc to schedules.

In London, cab firms reported a surge in demand, while main roads were packed with buses and cars, and cyclists weaving in between.

Long queues formed at bus stops on the outskirts of London shortly after 6:00 am, but many gave up as services carried on without stopping, already full.

At St Albans, a commuter town north of the capital, a local newsagent next to the station told AFP: "It's been quiet. People are working from home".

Scott, a 43-year-old bank worker who did not want to give his full name, was among the few commuters on the near deserted platform. 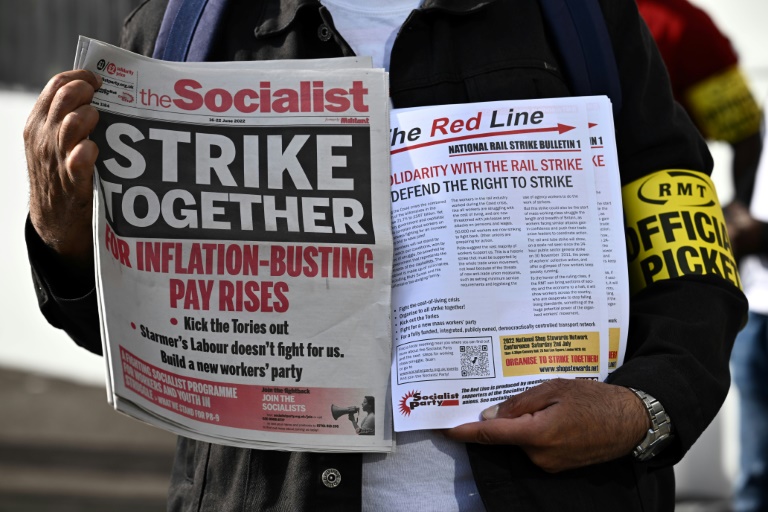 He said his commute on the 8:30 am train would be extended by about 25 minutes as he would have to walk from St Pancras station to his office.

But he said there were silver linings to the strike, which he supported: "I stand a better chance of getting a seat and it not being crazy."

Transport Secretary Grant Shapps said he "deplored" the strikes, which he said evoked the "bad old days of the 1970s".

"The people that are hurting are people who physically need to turn up for work, maybe on lower pay, perhaps the cleaners in hospitals," he told Sky News.

"I absolutely deplore what they're doing today and there is no excuse for taking people out on strike."

Prime Minister Boris Johnson, addressing his cabinet, urged "the union barons to sit down with Network Rail and the train companies" to thrash out a deal.

The country needed to "stay the course", defending reforms to the rail network as needed and in the public interest. 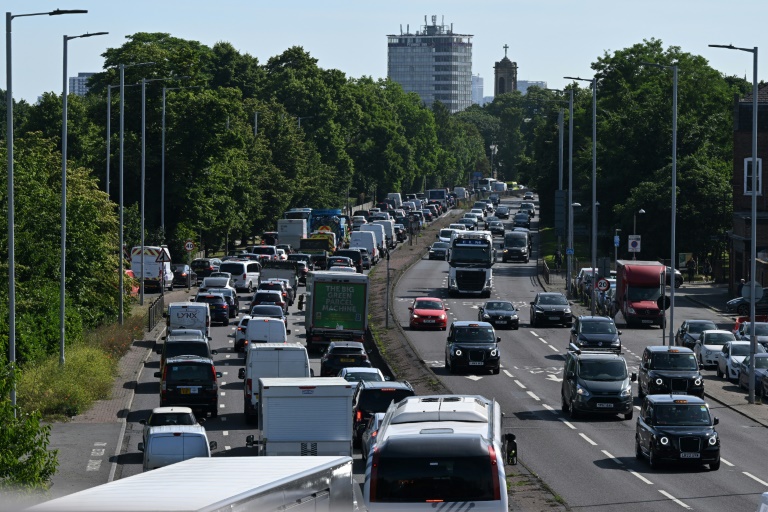 Rush hour commuters packed onto buses, walked, cycled or just stayed at home to try to avoid the delays

RMT general-secretary Mick Lynch has described as "unacceptable" offers of below-inflation pay rises by both overground train operators and London Underground that runs the Tube in the capital.

Schools are warning that thousands of teenagers taking national exams will also be affected.

The strikes are the biggest dispute on Britain's railway network since 1989, according to the RMT.

Rail operators, however, warn of disruption throughout the week.

Only about 20 percent of services are running during the walkouts while lines not affected by strike action still having to reduce services. 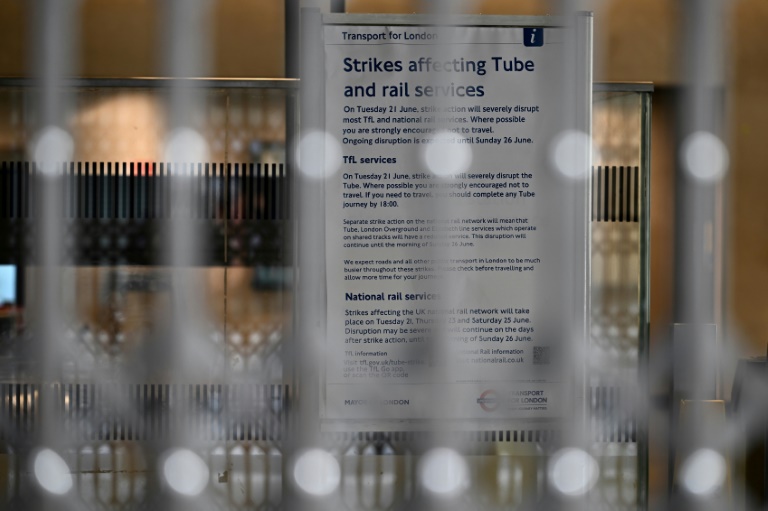 Countries around the world are being hit by decades-high inflation as the Ukraine war and the easing of Covid restrictions fuel energy and food price hikes.

Unions warn also that railway jobs are at risk, with passenger traffic yet to fully recover after the lifting of coronavirus pandemic lockdowns.

The strikes are compounding wider travel chaos after airlines were forced to cut flights owing to staff shortages, causing long delays and frustration for passengers.

Thousands of workers were sacked in the aviation industry during the pandemic but the sector is now struggling to recruit workers as travel demand rebounds following the lifting of lockdowns.

Other areas of the public sector are set to hold strikes.

The Criminal Bar Association, representing senior lawyers in England and Wales, have voted to strike from next week in a row over legal aid funding.

And several other transport unions are balloting members over possible stoppages that could occur in the coming weeks.