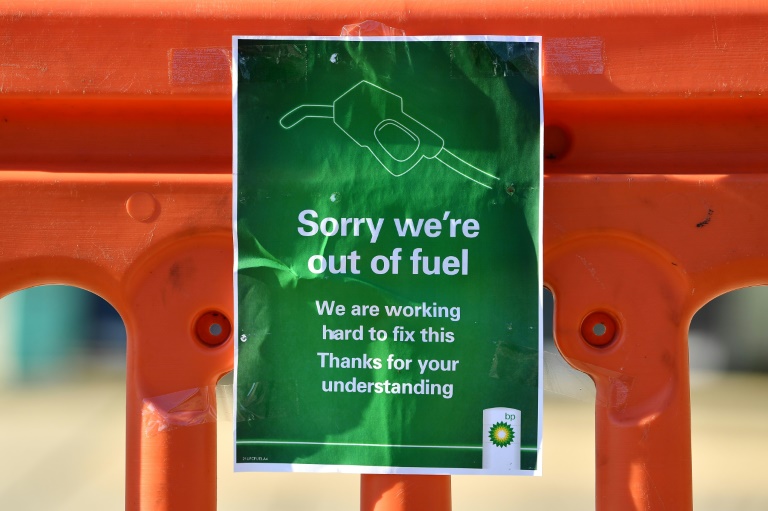 There have been calls in the UK to deploy soldiers to help deliver petrol. AFP/Ben Stansall

LONDON - Britain will issue up to 10,500 temporary work visas to lorry drivers and poultry workers to ease chronic staff shortages, the government announced, in a U-turn on post-Brexit immigration policy.

The short-term visas, to run from next month until late December, come as ministers grapple with a huge shortfall in drivers and some other key workers that have hit fuel supplies and additional industries.

A tanker drivers shortage has caused large queues at petrol stations in recent days, as people ignore government pleas not to panic-buy fuel after some garages closed due to the lack of deliveries.

The decision to expand the critical worker visa scheme is a reversal by Prime Minister Boris Johnson, whose government had tightened post-Brexit immigration rules insisting that Britain's reliance on foreign labour must end.

It had resisted the move for months, despite an estimated shortage of around 100,000 heavy goods vehicle (HGV) drivers and warnings from various sectors that supplies would run short.

Transport Secretary Grant Shapps nevertheless insisted he was taking action "at the earliest opportunity" and that a broader package of measures announced would ensure pre-Christmas preparations "remain on track".

"The industries must also play their part with working conditions continuing to improve and the deserved salary increases continuing to be maintained in order for companies to retain new drivers," he added.