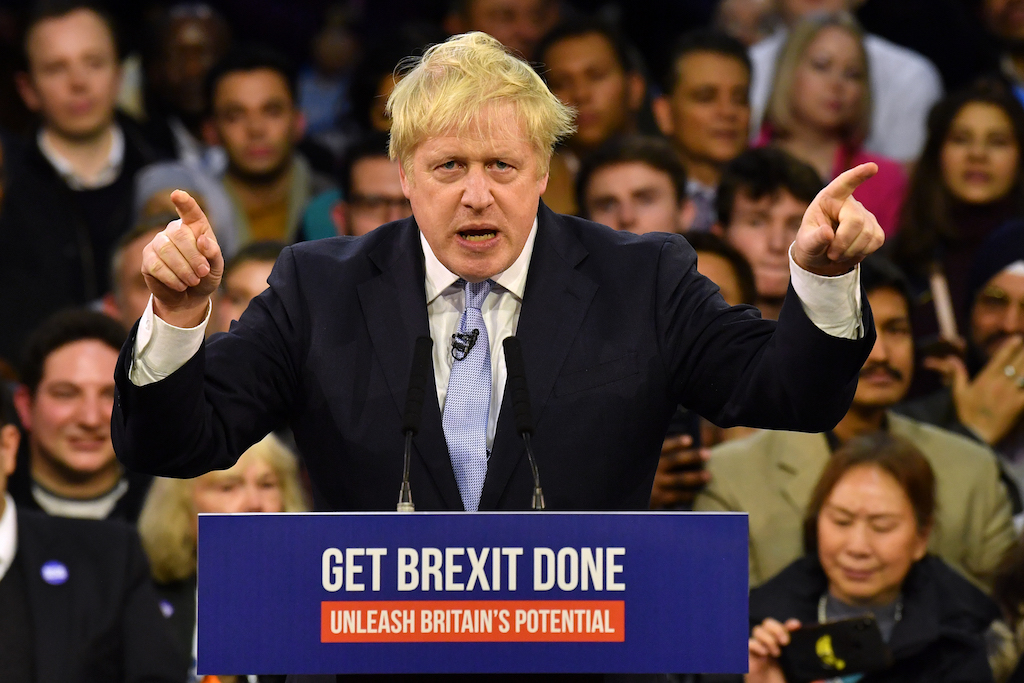 File: Britain's Prime Minister Boris Johnson told MPs that a "no-deal" was "not what this country wants and it's not what our EU friends and partners want from us".

LONDON- British Prime Minister Boris Johnson has given an October 15 deadline for a post-Brexit trade agreement with the European Union, brushing off fears about "no-deal" chaos if talks fail.

The eighth round of negotiations resume in London this week, with both sides talking increasingly tough, amid accusations of intransigence and political brinkmanship.

The UK's chief negotiator, David Frost, did little to raise expectations about a breakthrough, promising no compromise on London's red lines, in a rare newspaper interview published on Sunday.

His EU opposite number, Michel Barnier, this week said the talks stood or failed on the need to get an accord on EU access to UK fishing waters and state aid rules, but Britain was giving no ground.

Brussels has already indicated that mid-October was the latest a deal could be struck, given the need for translation and ratification by the European Parliament.

Despite months of refusing to confirm a firm cut-off date, Johnson agreed.

"There needs to be an agreement with our European friends by the time of the European Council on October 15 if it's going to be in force by the end of the year," he said in remarks released by his office.

"So, there is no sense in thinking beyond that point. If we can't agree by then, then I do not see that there will be a free trade agreement between us."

Should that happen, Britain will have an "Australia-style" deal with the EU or one similar to that agreed with Canada and other countries, he said.

Australia trades with the EU under World Trade Organization rules and tariffs. But Johnson, whose government had said it wanted a "zero tariff, zero quota" regime, insisted it would still be a "good outcome" for Britain.

Johnson's warning will likely compound criticisms from British pro-EU "remainers" that his ruling Conservative government envisaged a "no-deal" scenario all along, despite claiming the contrary.

"Brexiteers" had promised that securing a deal with Britain's biggest trading partner would be straightforward and rejected criticism that unravelling nearly 50 years of ties with Europe would be lengthy and even impossible.

Johnson, who took over after Theresa May repeatedly failed to get her Brexit divorce deal through parliament, promised Britain's borders and ports will be ready for when the so-called transition period comes to an end on December 31.

Meanwhile, media reports said Johnson was also planning new UK legislation that would override parts of the withdrawal agreement made with the EU last year and ratified in January.

According to The Financial Times, which cited three people close to the plans, the bill would undermine agreements relating to Northern Ireland customs and state aid.

A government spokesperson told the newspaper it was "working hard to resolve outstanding issues" with the Northern Ireland protocol, which was negotiated as part of the deal in order to keep the Irish border open.

Britain remains bound by EU rules while it tries to thrash out new terms of its relationship.

The talks, which were on a tight timetable even before disruption caused by the coronavirus outbreak, have stalled, notably because of wrangling over fishing rights and fair competition rules.

Johnson did not rule out a deal altogether and vowed to work hard this month to achieve one. But he pledged Britain "will be ready" if talks break down.

"We will have full control over our laws, our rules, and our fishing waters," he promised.

"We will have the freedom to do trade deals with every country in the world. And we will prosper mightily as a result.

"We will of course always be ready to talk to our EU friends even in these circumstances.

"Our door will never be closed and we will trade as friends and partners –- but without a free-trade agreement."