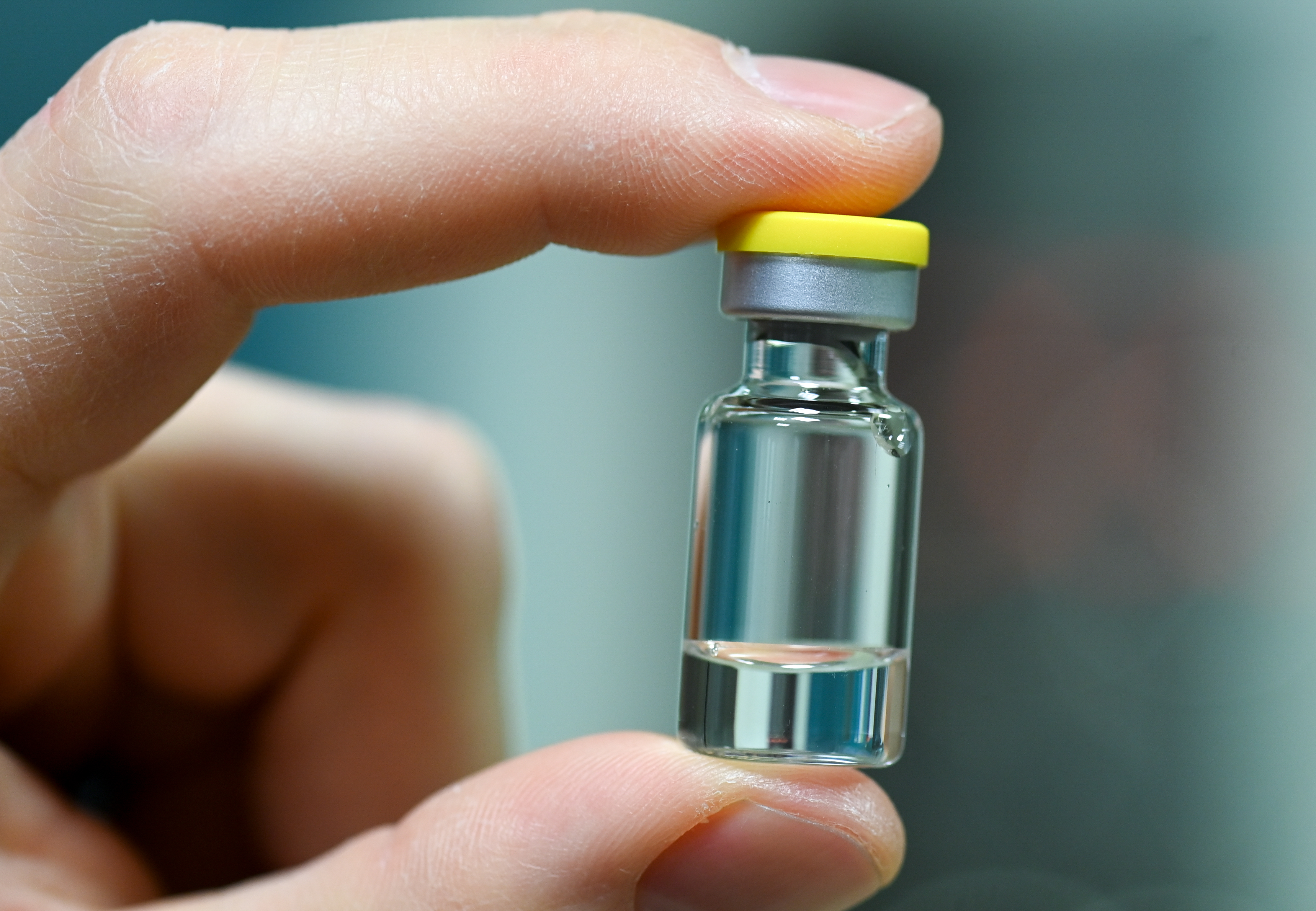 LONDON - The developers of a coronavirus vaccine in Britain on Monday claimed success after mass testing, as the United States announced it aims to give jabs to 20 million people before the end of the year to combat surging infections.

AstraZeneca and Oxford University said their drug had proved on average 70 percent effective at stopping the virus after trying it on 23,000 people, days after tests of two other drugs suggested they had more than 90 percent effectiveness.

British Prime Minister Boris Johnson told MPs that thanks to the vaccine "the escape route is in sight" from the coronavirus crisis -- while warning that in the immediate future "Christmas cannot be normal".

Global stock markets were largely indifferent to the news in contrast to the elation that followed breakthrough vaccine announcements from Pfizer/BioNTech and Moderna.

Further vaccine hope arrives as Europe and the Americas battle rising caseloads that are pushing health systems to the brink, forcing governments to issue stay-at-home orders and close businesses heading into the crucial Christmas period.

Canada's biggest city Toronto will become the latest area to shut down later on Monday, as officials ban private indoor gatherings and limit the size of weddings and funerals -- similar to measures already in place in France and other European countries.

The director of Voula Hospital in Athens, Andreas Plemmenos, told AFP that Greece's medical system was  "preparing for the worst" with intensive care and dedicated coronavirus units filling up even before the second wave's expected peak.

And there was bleak news for Italy, the first EU nation to be hard-hit by the virus in early 2020, as the death toll there passed 50,000.

There was some positive news for Spain's Catalonia region as bars and restaurants reopened -- albeit with a 10 pm curfew.

“Today is a special day, it’s sunny and we all want to go out. But we will see how it goes, there is a lot of uncertainty," said Andreu Valldeperes, owner of the Zurich bar near Barcelona's Las Ramblas boulevard.

The latest vaccine results are particularly important as the Oxford drug can be transported easily at normal refrigerator temperatures -- unlike some of the other candidates, which require extremely cold storage.

AstraZeneca chief executive Pascal Soriot said despite the vaccine's lower effectiveness compared with the other candidate drugs, it would still be highly effective and have an "immediate impact".

The firm said it planned to produce up to three billion doses of the vaccine in 2021 if it passes the remaining regulatory hurdles.

Two other leading  candidates -- one by Pfizer and German partner BioNTech and another by US firm Moderna -- reported 95 percent effectiveness in trials.

The European Union said it could approve vaccines for use by the end of the year, following a statement from US officials that a vaccination programme could be started as soon as next month.

"Our plan is to be able to ship vaccines to the immunisation sites within 24 hours of approval," said Moncef Slaoui, head of the vaccine effort in the US, still the world's worst-hit nation with more than 12 million infections and 255,000 deaths.

The government's vaccine advisers will meet on December 10 to discuss approval.

Slaoui estimated that 20 million people across the US could be vaccinated in December, with 30 million per month after that.

But other experts stressed that Americans must continue to take precautions as many headed to airports to travel for this week's Thanksgiving holiday.

All employees at the airport will now have to undergo testing after the cluster was linked to cargo handlers.

China has largely succeeded at tamping down its outbreak thanks to harsh lockdowns and rigorous test-and-trace programmes.

The country has also rolled out an experimental vaccine but its effectiveness is unclear.

Britain is still attempting to frame a clear policy after failing to develop a tracing app and even a top government adviser ignored confinement orders.

Prime Minister Johnson's latest plan is to roll out mass testing to the hardest-hit areas, hoping to make enough inroads to be able to relax social restrictions in time for Christmas.

And there was some good news for British sports fans as the government said up to 4,000 spectators can return to stadiums from December 2.