Ukraine pounded as Russia seizes key city ahead of talks 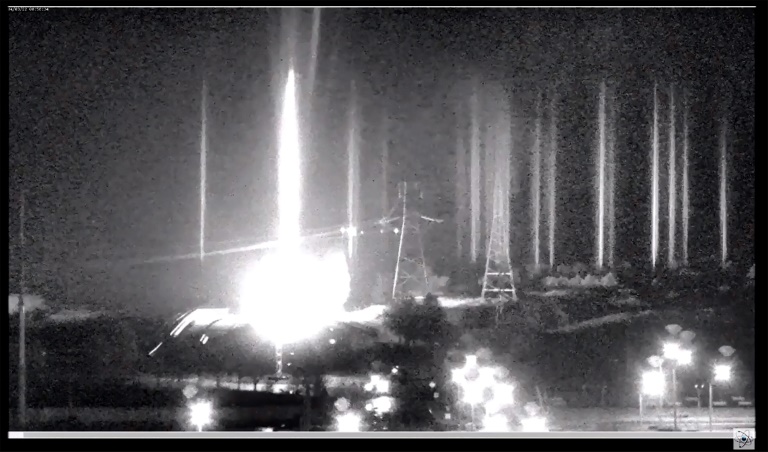 KYIV - Ukraine's leader vowed Thursday that Moscow would be made to pay to rebuild his shattered country, as the warring sides readied for ceasefire talks following the fall of the first major city to Russian forces.

The invasion, now in its eighth day, has driven one million Ukrainians from their homes and plunged Russia into deepening isolation as a global pariah in the worlds of finance, diplomacy and sports.

The UN has opened a probe into alleged war crimes, as the Russian military bombards cities in Ukraine with shells and missiles, forcing civilians to cower in basements.

"We will restore every house, every street, every city and we say to Russia: learn the word 'reparations'," Ukrainian President Volodymyr Zelensky said in a video statement.

"You will reimburse us for everything you did against our state, against every Ukrainian, in full," he said. 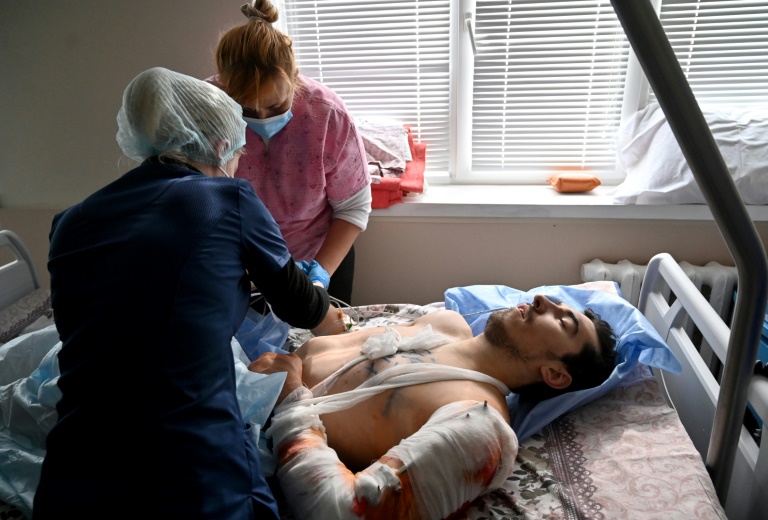 One million Ukrainians have been driven from their homes

Zelensky claims thousands of Russian soldiers have been killed since Russian President Vladimir Putin shocked the world by invading Ukraine, purportedly to demilitarise and "de-Nazify" Western-leaning threat on his borders.

Announcing its own toll for the first time this week, Moscow said it had lost 498 troops, and Kremlin spokesman Dmitry Peskov said Putin would praise their sacrifice at a meeting with his security chiefs later Thursday.

"It's a huge tragedy," Peskov told reporters in Moscow.

"But we also admire the heroism of our soldiers. Their exploits will enter into the history books, their exploits in the struggle against the Nazis."

The Kremlin has been condemned for likening the government of Zelensky, who is Jewish, to Germany's in World War II. 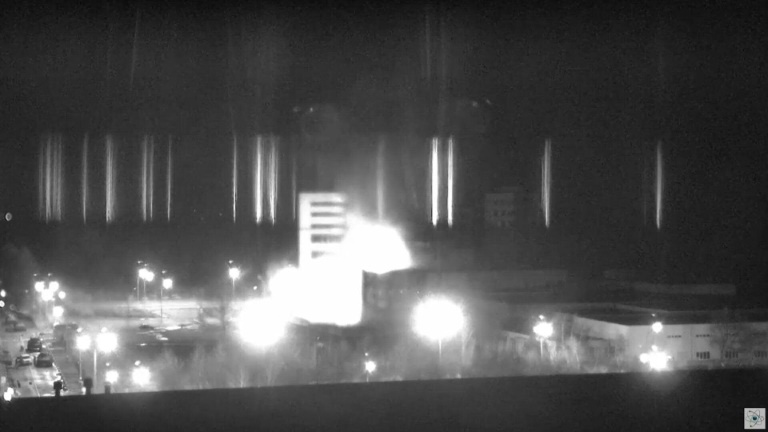 While a long military column appears stalled north of Ukraine's capital Kyiv, Russian troops seized Kherson, a Black Sea city of 290,000 people, after a three-day siege that left it short of food and medicine.

Russian troops have been advancing elsewhere on the southern front and are besieging the port city of Mariupol east of Kherson, which is without water or electricity in the depths of winter.

The Russians "just wanted to destroy us all", Mariupol's mayor Vadym Boychenko said, accusing their forces of attacking residential buildings.

Ukraine's military authorities said residential and other areas in the eastern city of Kharkiv had been "pounded all night" by indiscriminate shelling, which UN prosecutors are investigating as a possible war crime.

Oleg Rubak's wife Katia, 29, was crushed in the rubble of their family home in Zhytomyr, 150 kilometres (93 miles) west of Kyiv, by a Russian missile strike. 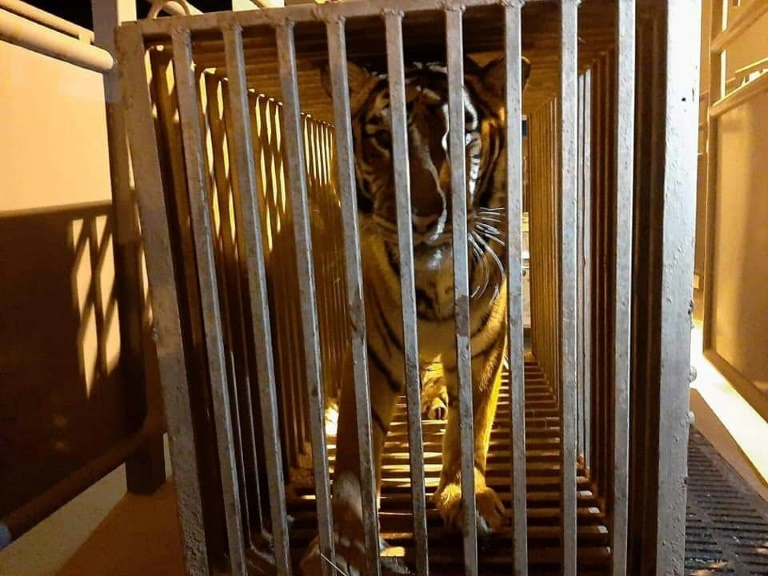 "One minute I saw her going into the bedroom, a minute later there was nothing," Rubak, 32, told AFP, standing stunned and angry amid the ruins in the bitter winter chill.

"I hope she's in heaven and all is perfect for her."

He sobbed, apologised, and continued: "I want the whole world to hear my story."

The UN says the war has displaced more than one million people, after Putin launched his offensive in a bid to demilitarise Ukraine and depose Zelensky's Western-leading government.

"Protect civilians, for God's sake, in Ukraine; let us do our job", the UN's emergency relief coordinator Martin Griffiths told AFP in Geneva.

The Russian president now finds himself an international pariah, his country the subject of swingeing sanctions that sent the ruble into further freefall on currency markets Thursday.

Russia's central bank -- whose foreign reserves have been frozen in the West -- imposed a 30-percent tax on all sales of hard currency, following a run on lenders by ordinary Russians. 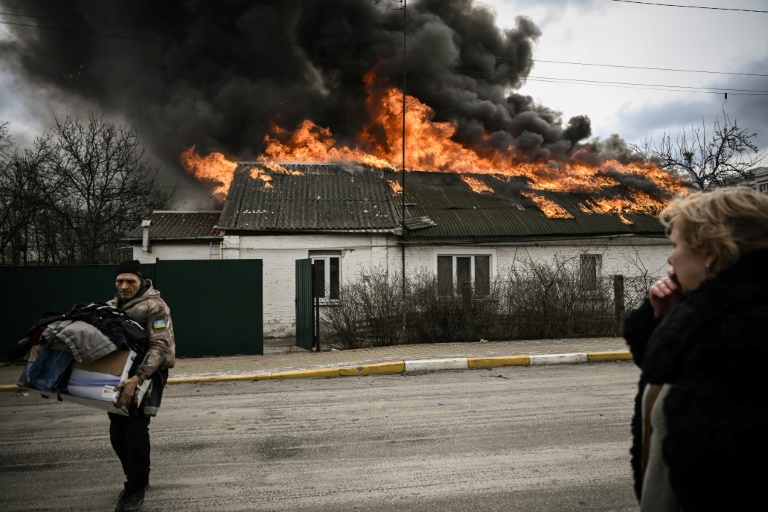 Swedish furniture giant Ikea became the latest to halt operations in Russia, as well as Belarus, saying nearly 15,000 employees would be affected by the suspension in response to the war. 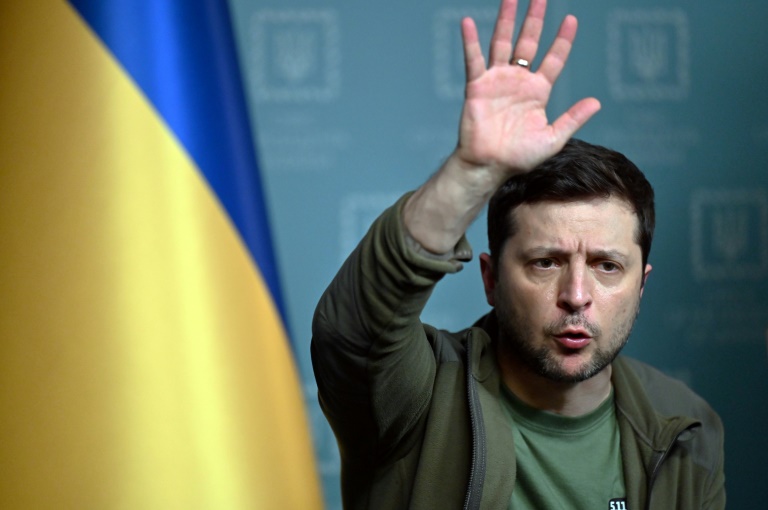 Many Ukrainians have now fled across the border into neighbouring Poland, Slovakia, Hungary, Romania and Moldova

The German government is planning to deliver another 2,700 anti-air missiles to Ukraine, a source said.

US Secretary of State Antony Blinken warned the human costs were already "staggering" as he prepared to travel to eastern Europe to coordinate support for Ukraine and ceasefire efforts.

Kyiv is sending a delegation to the ceasefire talks due to start around 1200 GMT at an undisclosed location on the Belarus-Poland border, but has warned it will not accept "ultimatums".

A first round of talks on Monday yielded no breakthrough.

Many Ukrainians have now fled into neighbouring countries, according to the UN refugee agency's rapidly rising tally.

"We left everything there as they came and ruined our lives," refugee Svitlana Mostepanenko told AFP in Prague.

Nathalia Lypka, a professor of German from the eastern Ukrainian city of Zaporizhzhia, arrived in Berlin with her 21-year-old daughter. 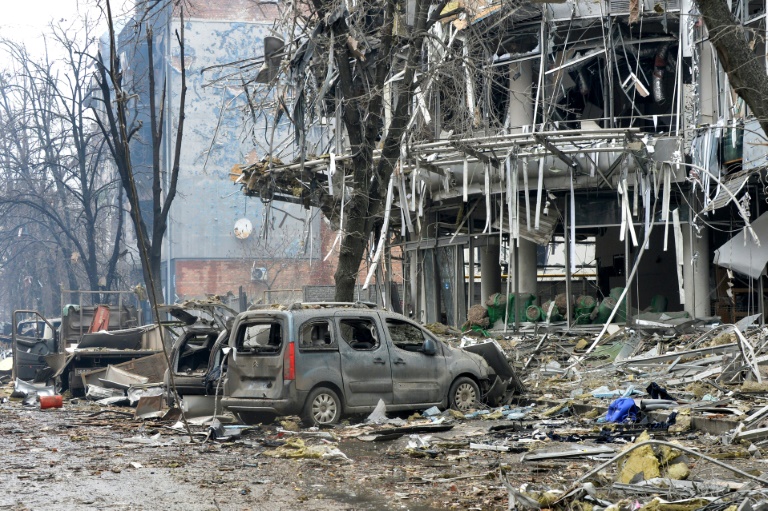 Kyiv is sending a delegation to Thursday's ceasefire talks, but has warned it will not accept 'ultimatums'

"My husband and son stayed... My husband already served in the army, and he had to return to duty," she said, before boarding a train for Stuttgart where friends were waiting.

Scores of images have emerged of burned-out Russian tanks, the charred remains of transporters and of unarmed Ukrainians confronting bewildered occupation forces.

US officials say the massive column of Russian military vehicles amassed north of Kyiv has "stalled" due to fuel and food shortages.

Russian authorities have imposed a media blackout on what the Kremlin euphemistically calls a "special military operation".

The Ekho Moskvy radio station -- a symbol of new-found media freedom in post-Soviet Russia -- said it would shut down after being taken off air over its invasion coverage.

But Russians have still turned out for large anti-war protests across the country, in a direct challenge to Putin's 20-year rule. 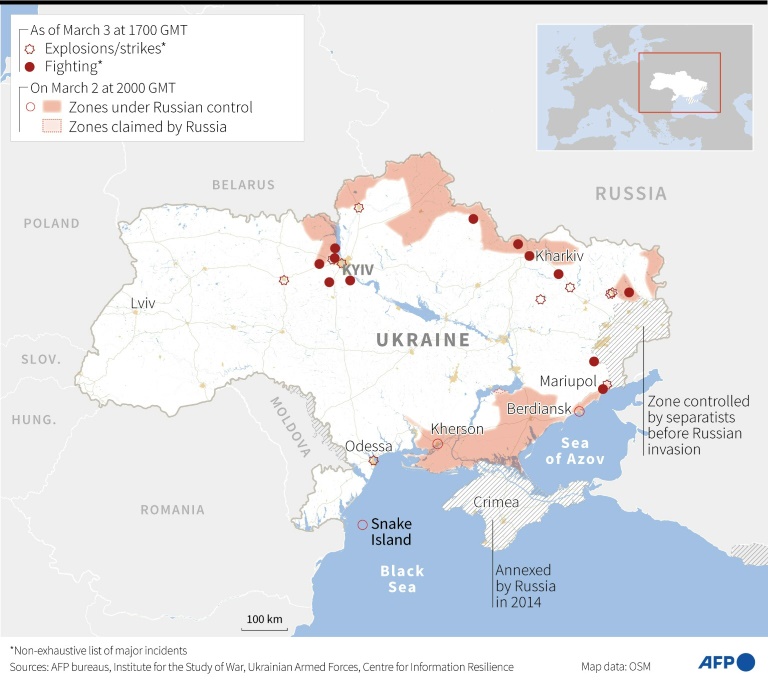 In a Ukranian church, prayers for peace and donations for war

"I couldn't stay at home. This war has to be stopped," student Anton Kislov, 21, told AFP.