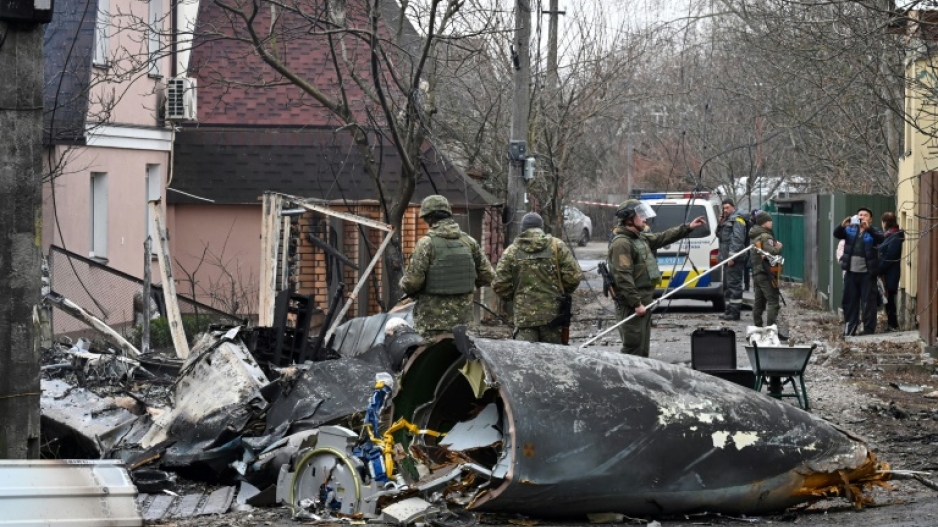 Pre-dawn blasts in Kyiv set off the second day of violence. AFP/Genya Savilov

KIEV - Ukrainian forces fought off Russian troops in the streets of the capital Kyiv on Friday as President Volodymyr Zelensky accused Moscow of targeting civilians and called for more international sanctions.

Pre-dawn blasts in Kyiv set off a second day of violence after Russian President Vladimir Putin defied Western warnings to unleash a full-scale invasion on Thursday that quickly claimed dozens of lives and displaced at least 100,000 people.

The United States and its allies responded with a barrage of sanctions, but the Russian forces looked to press home their advantage after a string of key strategic victories in their air and ground assault.

As Russian forces closed in on the city, Zelensky called on Europeans with "combat experience" to take arms and defend Ukraine, saying the West was too slow to help his country. 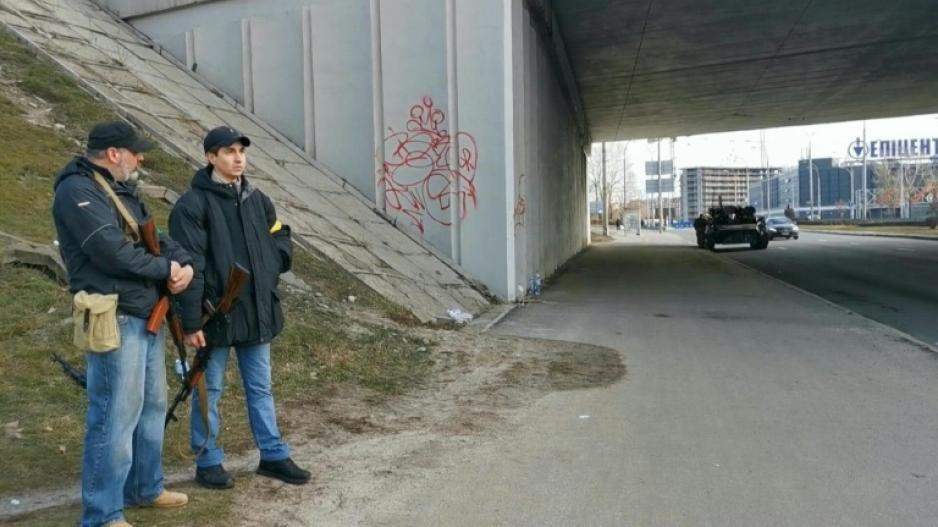 Russian Foreign Minister Sergei Lavrov said Moscow wanted to "free Ukraine from oppression" and denied there had been any strikes on civilian targets.

He said Moscow was ready to talk if Ukraine's armed forces "lay down their arms", adding that "nobody intends to occupy Ukraine".

In Obolonsky, a northern district of Kyiv, what appeared to be an advance party of Russia's invasion force left a trail of destruction.

Pedestrians ran for safety and small arms fire and explosions were heard.

Intersections around the government district were manned by green armoured vehicles and machine-gun toting soldiers in balaclavas.

Sirens wailed over the cloudy city at jarring intervals throughout the day. Booms of unexplained origin echoed across the deserted streets.

Russian forces first arrived on the outskirts of Kyiv on Thursday when helicopter-borne troops assaulted an airfield just outside the city, close to Obolonsky.

Ukraine said more forces were advancing from the north and northeast of the city.