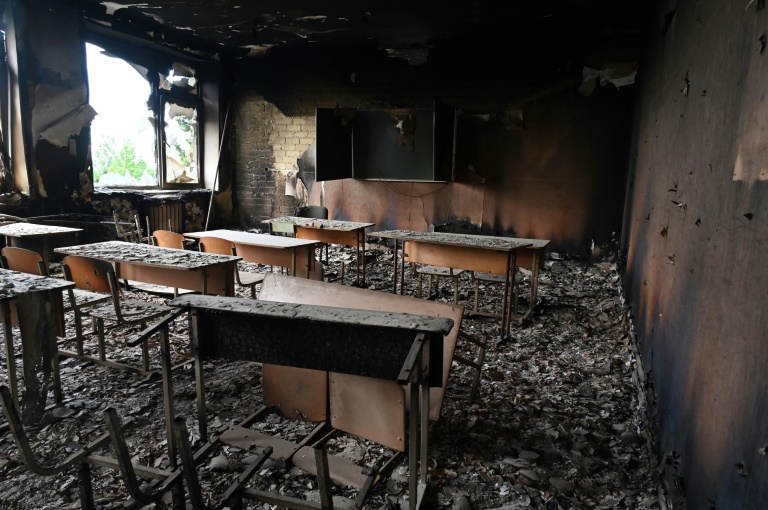 Russian forces relentlessly bombarded the industrial city of Severodonetsk while attempting to encircle it, a key goal of recent fighting in Ukraine's Donbas region.

However, Moscow told the West to lift sanctions to stave off a global food crisis sparked by the war between two countries that together produce nearly a third of the world's wheat.

Zelensky renewed calls for heavy weapons from foreign partners, saying the billions of dollars' worth already put up were not enough to help Ukraine's outgunned forces.

"Unity is about weapons. My question is, is there this unity in practice? I can't see it. Our huge advantage over Russia would be when we are truly united," Zelensky said via videolink to an event on the sidelines of the World Economic Forum in Davos.

Zelensky said Ukraine was grateful for US support, but urged Europe to step up, specifically naming neighbouring Hungary which is blocking an EU-wide embargo on Russian oil.

The Ukrainian president said hours earlier in his daily address to the nation that Russian forces "want to destroy everything" in eastern Ukraine. 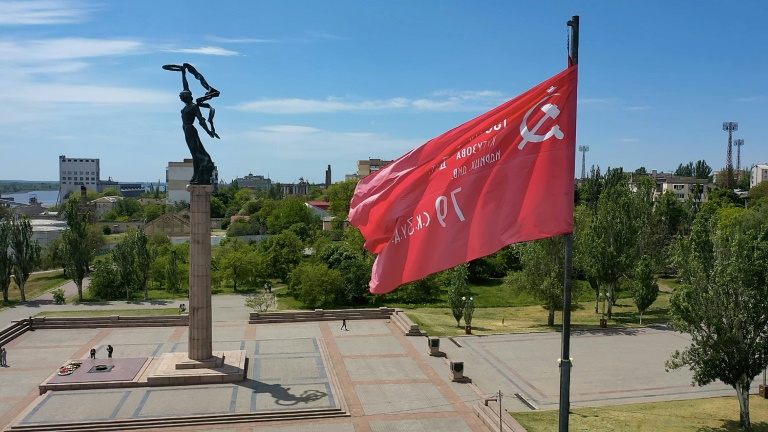 Western funds and weapons have helped Ukraine hold off its neighbour's advances in many areas, including the capital Kyiv.

Russia is now focused on expanding its gains in eastern Donbas, home to pro-Russian separatists, as well as the southern coast.

The governor of the eastern region of Lugansk, Sergiy Gaidai, said Severodonetsk was being hammered by air strikes, rockets, artillery and mortars in a bid to solidify control over the province and move further into Ukraine.

"The Russian army has decided to completely destroy Severodonetsk. They are simply erasing Severodonetsk from the face of the earth," Gaidai said in a video on Telegram.

In the town of Soledar, Ukraine's salt manufacturing hub, the ground shook moments after Natalia Timofeyenko climbed out of her bunker to reassure herself that she was not alone.

"I go outside just to see people. I know that there is shelling out there but I go," the 47-year-old said after a thundering blast smashed apart a chunk of a mammoth salt mine where she worked with most of her friends and neighbours.

Ghostly frontline towns like Soledar are being hammered by Russian artillery as they sit along the crucial road that leads out of besieged Severodonetsk and its sister city Lysychansk.

Twelve people were killed by "extremely heavy shelling and attacks" in the neighbouring region of Donetsk, which also forms part of Donbas, the Ukrainian presidency said.

In a sign that the rest of the country remains at risk, Russian cruise missiles struck the major southern city of Zaporizhzhia, killing one person and damaging dozens of houses, the presidency added.

In Moscow, Russian Defence Minister Sergei Shoigu made it clear Russia was settling in for a long conflict. 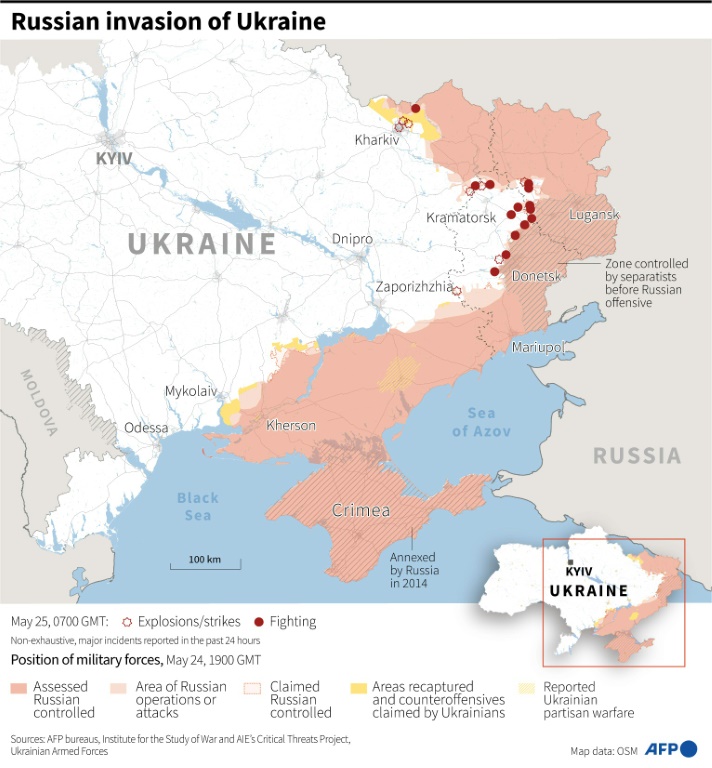 Only Russian flags now flutter above the regional capital of Kherson

"We will continue the special military operation until all the objectives have been achieved," he said, using President Vladimir Putin's name for the war.

Tough sanctions imposed after Russia's February 24 invasion of its pro-Western neighbour are causing food shortages around the world, Moscow added.

"Solving the food problem requires a comprehensive approach, including the removal of sanctions that have been imposed on Russian exports and financial transactions," said Russian deputy foreign minister, Andrey Rudenko.

He also demanded that Ukraine de-mine its ports.

The West argues it is Russia's offensive in Ukraine and blockade of Ukraine's ports that has pushed global food prices to an all-time high -- sparking fears of worsening hunger, particularly in Africa.

Vital supplies are running short in Ukraine itself as the Kremlin's war grinds on -- including water.

"I have a family of four. Can you imagine how much water we need to wash, to cook food, to make some tea?" asked Valeriy Baryshev, a 27-year-old baker, as he strapped jugs of drinking water to the back of his bike in the southern port of Mykolaiv.

A swathe of southern Ukraine meanwhile is living under Russian occupation.

Two hundred bodies were found in the basement of a destroyed building of the port city of Mariupol, which fell to Moscow recently after a devastating siege, Ukrainian authorities said.

"It is impossible to be within the area due to the corpse smell," she wrote. "The occupiers turned the entire Mariupol into a cemetery."

Residents meanwhile expressed concerns about the future in Kherson, about 400 kilometres (240 miles) west of Mariupol, which has been fully controlled by Russian forces since early in the war.

Moscow-backed officials are pushing for formal annexation by Russia. 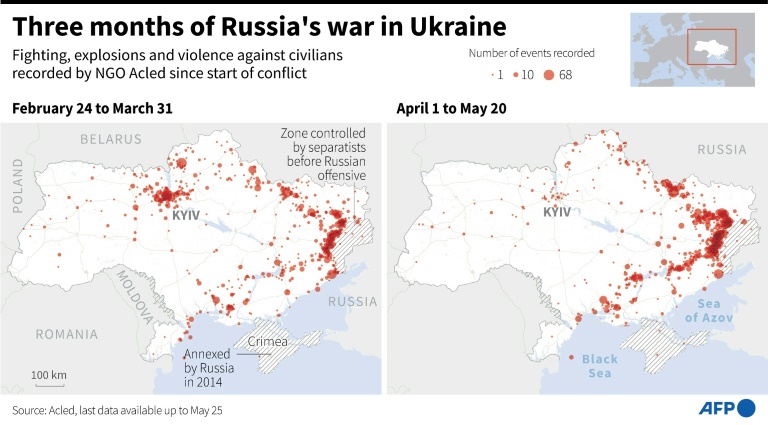 Advancing Russian troops aim to 'destroy everything' in Donbas: Zelensky

Day-to-day life remains marked by uncertainty, especially over payment of salaries as "Ukrainian banks are closing".

"To be honest, it is just war," Loginov added.