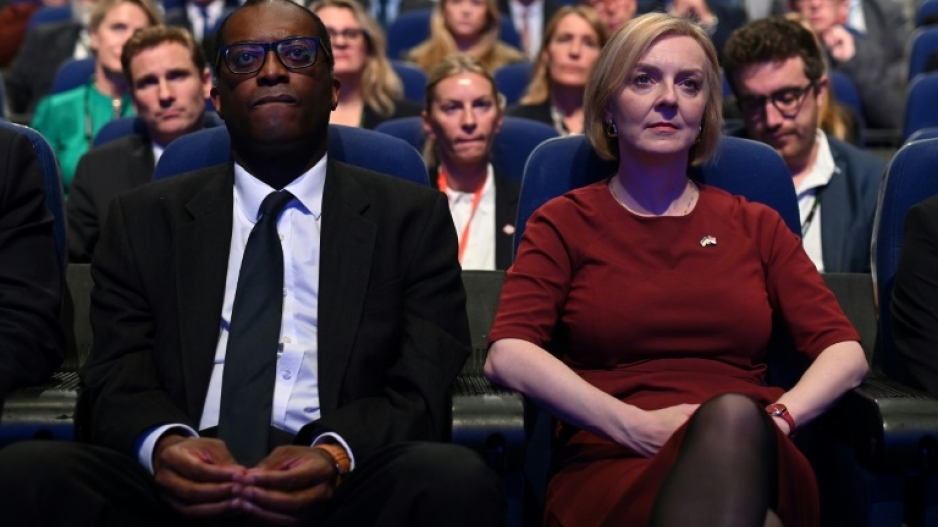 BIRMINGHAM - Britain's under-fire Conservative government on Monday announced a dramatic U-turn on a controversial tax cut for high-earners, part of a debt-driven economic package that has bombed with the markets, electorate and much of the ruling party.

The abrupt reversal by Prime Minister Liz Truss and finance minister Kwasi Kwarteng raised questions about their right-wing policy agenda less than a month after taking power and a day after both vowed to stay the course.

"We get it, and we have listened," the pair tweeted almost simultaneously, as they revealed the 45 percent top rate of income tax would remain.

But their contentious plans still comprise axing a cap on bankers' bonuses and reversing a planned rise in corporation tax, as well as a recent hike in national insurance contributions.

At the same time, they have refused to rule out cuts to spending and benefits amid Britain's worst cost-of-living crisis in generations.

The perceived unfairness of the package has ignited a political storm as the Tories gather for their annual conference in Birmingham.

On the markets, the intention to pay for the tax cuts with billions more in extra borrowing had sent the pound tumbling to a record low against the dollar and UK government bond yields soaring.

The pound rebounded Monday as they partially reversed course, with Kwarteng arguing in a series of broadcast interviews that the top rate tax cut had become a "massive distraction".

"We've decided not to proceed with that because it was drowning out the elements of an excellent plan," he insisted, pointing to a popular if costly scheme to cap energy bills.

Asked if he had considered resigning, Kwarteng told the BBC: "Not at all."

The finance chief was hastily rewriting his speech later Monday at the Tory conference, when he had been due to say: "We must stay the course". 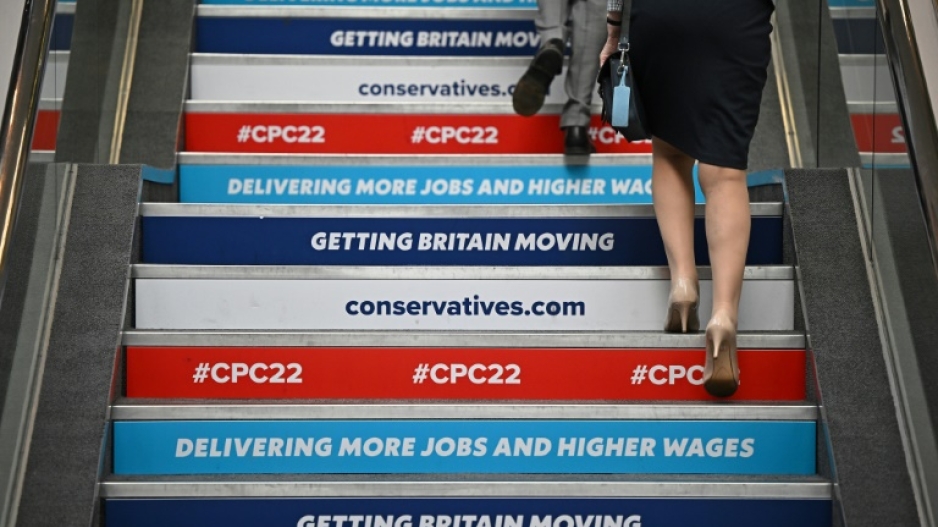 On Sunday, Truss had admitted communication errors in how the September 23 economic package had been presented, but agreed she was "absolutely committed" to abolishing the top tax rate.

Within 24 hours, the 47-year-old prime minister -- only in the role since September 6 -- had performed one of most striking government U-turns in recent memory.

Truss told the BBC she had not discussed axing the high-earners' tax band with her cabinet, who only seemed to learn of the reversal along with the public on Monday.

She also appeared to distance herself from the move by claiming "it was a decision that the chancellor made", but her spokesman downplayed the comments.

"The prime minister was clear that... fiscal events are the responsibility of the chancellor -- that's all she was setting clear," he told reporters Monday.

Out of a total tax package worth £45 billion ($50 billion), the top rate cut would have cost some £2 billion -- relatively small, but outsized for its political impact.

Tory MPs who backed former finance minister Rishi Sunak -- Truss's rival in the recent Tory leadership race -- had threatened to vote it down, raising the prospect of a major battle in the House of Commons.

Grant Shapps, who was refused a cabinet job by Truss, welcomed her scrapping the tax cut, which he told BBC radio had been planned with "grossly insensitive timing".

With the U-turn, the stakes have soared for Truss as she prepares to close the party conference with a speech Wednesday. 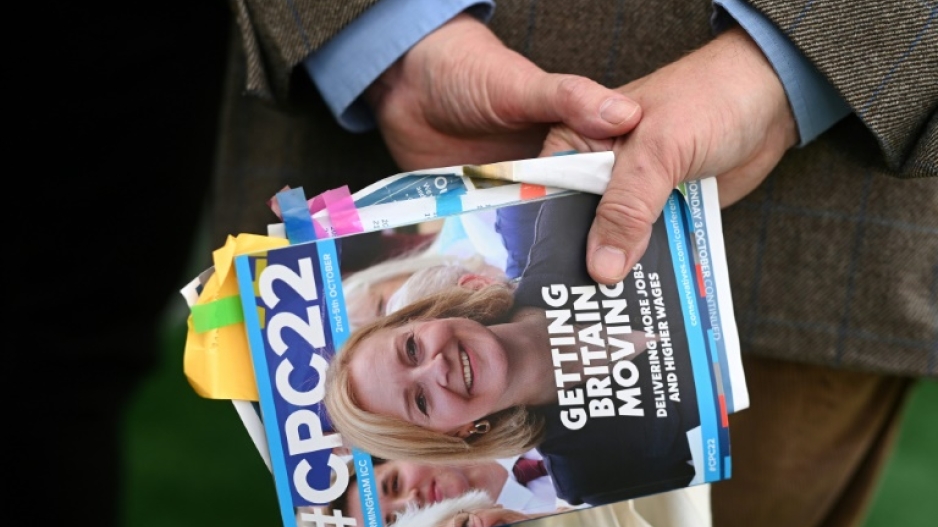 A raft of polls have found Truss and her economic package deeply unpopular, alongside plummeting ratings for the Tories.

Some surveys showed Labour with mammoth leads of up to 33 points -- its biggest since the heyday of its former prime minister Tony Blair in the late 1990s.

Labour's finance spokeswoman Rachel Reeves said the climbdown "comes too late for the families who will pay higher mortgages and higher prices for years to come" following the recent market turmoil.

"The Tories have destroyed their economic credibility and damaged trust in the British economy," she said.

"We did see some pragmatism this morning," Sarah Smith, 47, a councillor in southern England, told AFP, adding it would have been "more damaging" to persevere.

She said Truss needed to refocus on the electorate that handed her predecessor Boris Johnson an 80-seat majority in 2019, and "deliver a certain agenda. It wasn't this one," she noted.