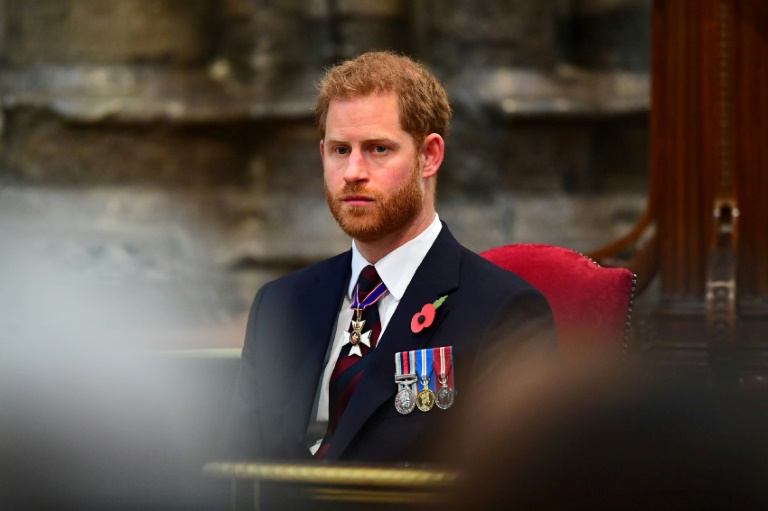 Prince Harry and his wife Meghan Markle rocked the British monarchy when they quit frontline royal duties a year ago. AFP/Victoria Jones

LONDON - Britain's Prince Harry will relinquish his honorary military appointments and patronages after confirming to Queen Elizabeth II that he and his wife Meghan Markle will not return as working royals, Buckingham Palace announced Friday.

The Duke and Duchess of Sussex, as they are formally known, rocked the British monarchy when they quit frontline royal duties a year ago.

They have since embarked on a new life involving several commercial ventures in the United States, and now live in California.

Under the initial terms of their departure thrashed out at an emergency summit with the queen in early 2020, Harry had agreed to review the decision a year on.

"The Duke and Duchess of Sussex have confirmed to Her Majesty The Queen that they will not be returning as working members of The Royal Family," Buckingham Palace said in a statement.

"The Queen has written confirming that in stepping away from the work of The Royal Family it is not possible to continue with the responsibilities and duties that come with a life of public service.

"The honorary military appointments and Royal patronages held by The Duke and Duchess will therefore be returned to Her Majesty, before being redistributed among working members of The Royal Family."

Prince Harry, a former soldier, holds several honorary military titles, as well as Commonwealth appointments and some other patronages.

Meghan was also handed several honorary roles after she wed Harry in a fairytale ceremony at Windsor Castle in May, 2018.

The couple, who are expecting their second child, are poised to give an "intimate" interview about their lives with US chat show host Oprah Winfrey.