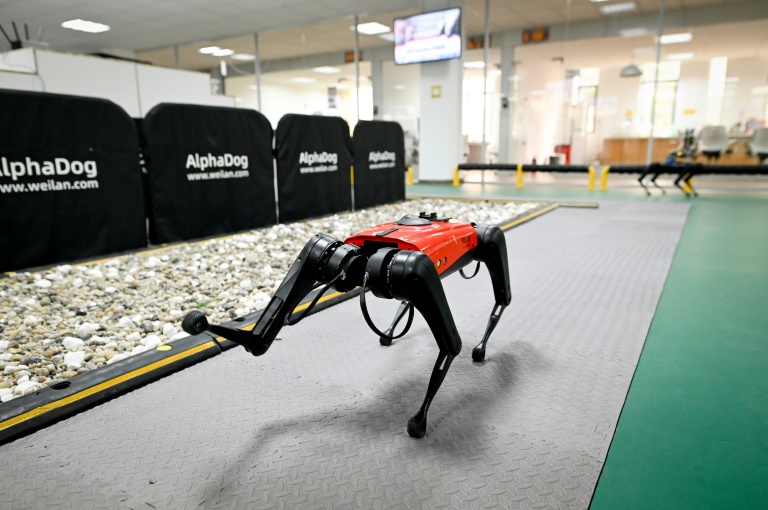 NANJING - It's whip fast, obeys commands and doesn't leave unpleasant surprises on the floor -- meet the AlphaDog, a robotic response to two of China's burgeoning loves: pets and technology.

The high-tech hound uses sensors and Artificial Intelligence (AI) technology to 'hear' and 'see' its environment -- and can even be taken for walks.

"It's really very similar to a real dog," says Ma Jie, chief technology officer at Weilan, the company behind the product.

AlphaDog follows in the paw prints of "Spot", a four-legged machine designed for industrial use by Boston Dynamics that became an internet sensation after appearing in a series of viral YouTube videos. 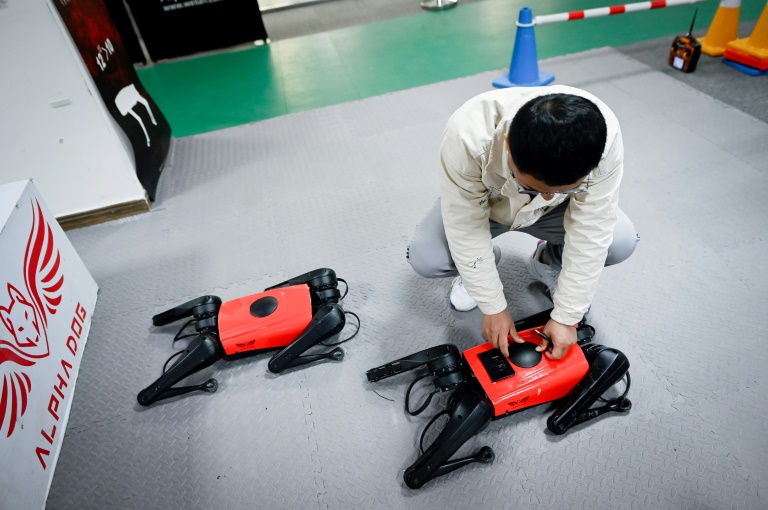 Future software updates will include the dog 'barking'

Its Nanjing-based creators are instead targeting the consumer market and say their robot dog -- which moves at a speed of almost 15 kilometres (nine miles) per hour and spins on the spot like an excited puppy -- is the fastest on the market.

With four metal legs it is more stable than a real dog, Ma explains as one of his team swiftly kicks it to prove the point.

"It can predict the friction and height of the ground (to) adjust its height, adjust the stride frequency, and adapt to the environment," he tells AFP, as the robot slowly navigates going up a set of stairs. 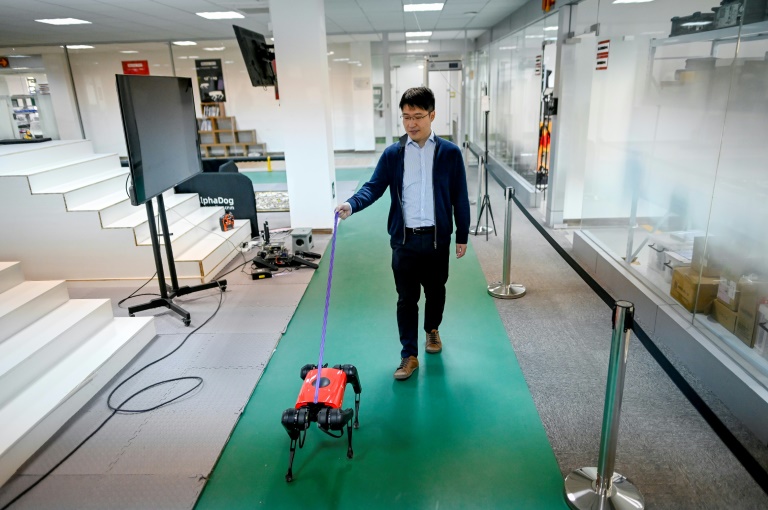 Ma studied reinforcement learning -- the study of how to reinforce actions through reward or punishment -- at the University of Oxford and says he has used that knowledge to inform how the AI dog mimics canine habits.

Dog ownership was banned under the leadership of communist China's founder Mao Zedong -- but has since boomed dramatically.

"Orders are mostly from computer developers, tech geeks, and also kids, who really seem to like it," said Ma.

As China seeks to upskill its workforce, Beijing has been making huge investments in robotics and AI. 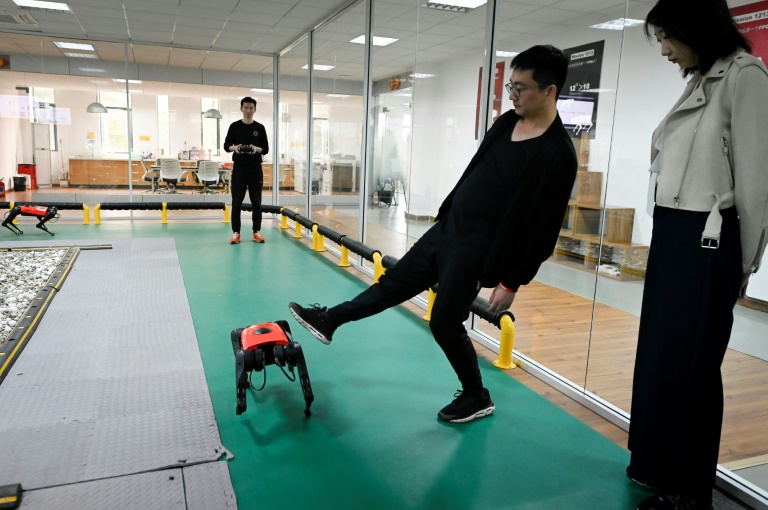 With four metal legs, it is more stable than a real dog

Robots are already used to deliver parcels, serve in restaurants, offer information at stations and even take throat swabs for Covid-19 tests.

The Weilan workshop is staffed by young tech enthusiasts, filled with pencil design sketches and a central obstacle route of stairs and slopes for the machines to clunk over in testing.

Developers there hope future uses of their four-legged friend could benefit the visually impaired. 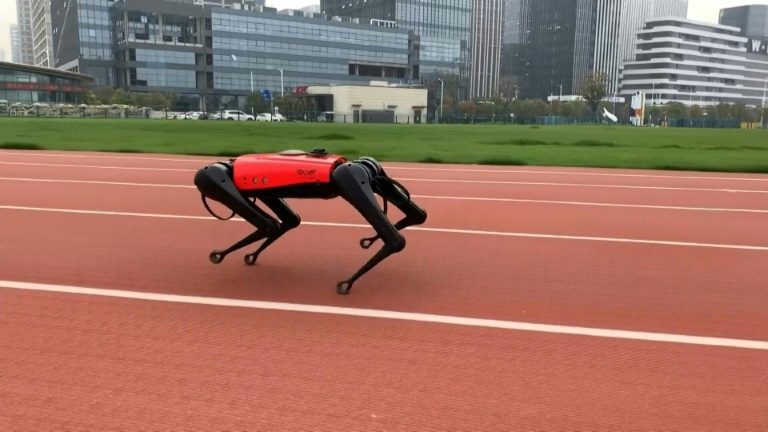 Future software updates will include the dog "barking" -- and beyond that, even add human voices to allow conversations between pet and owner.

There is also a larger "enterprise" dog model, designed for industrial inspections of machinery or pipes.

The next generation of the AlphaDog in pet form could also introduce "personalities" to the dog's toolkit to make them even more canine-like, as well as extend its somewhat brief battery life.

By Helen Roxburgh And Qian Ye