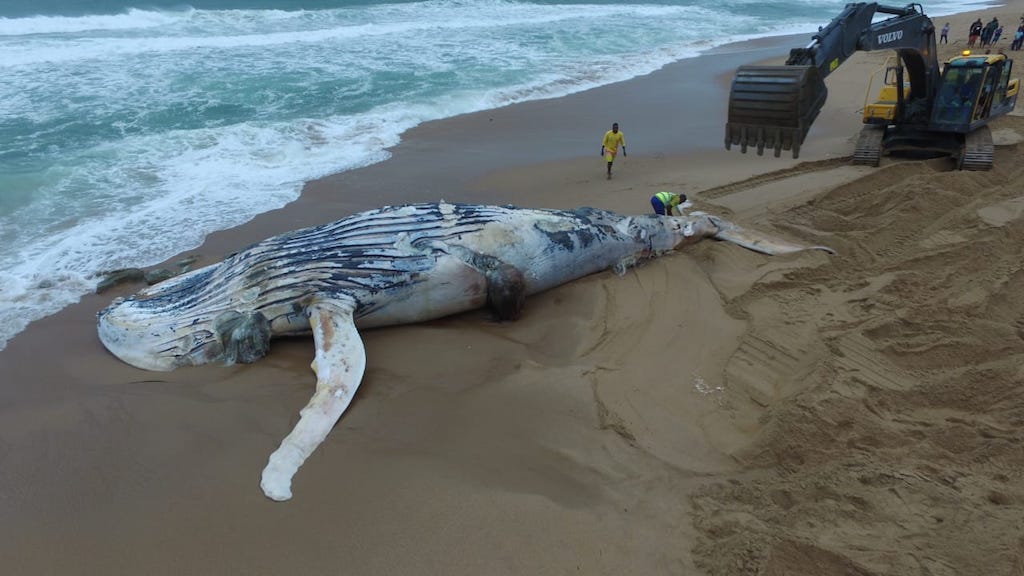 The Durban metro police are urging people to stay away from Umhlanga Main beach.

DURBAN - The Durban metro police are urging people to stay away from Umhlanga main beach.

A humpback whale has washed up on shore.

The animal was found in the surf near the Umhlanga lighthouse.

Authorities believe it's been dead for a few days.

The whale will be disposed of by the relevant authorities.

The beach has been closed to the public for now.