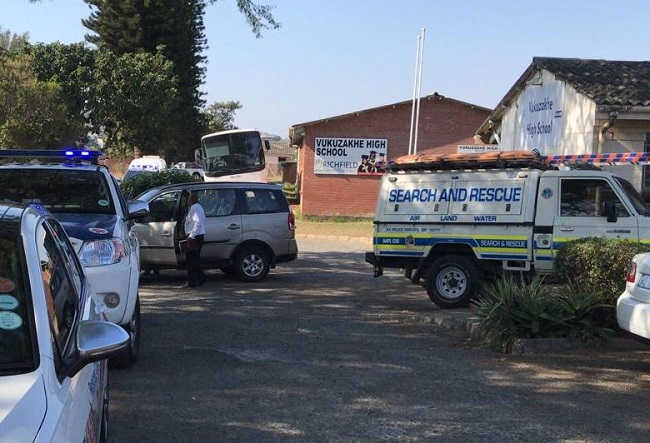 Emergency services paramedics have been deployed to a school in Umlazi after reports that kids were having seizures after inhaling gas.

DURBAN - A medical helicopter and emergency services have been dispatched to Vukuzakhe High School in Umlazi L-Section on Monday after learners inhaled a foreign gas.

Reports suggest that four children were kicking around something resembling a little ball, when it cracked open.

WATCH: The footage that got eNCA reporter into trouble with police

Three children have already been transported to Prince Mshiyeni Hospital, while a critically ill teacher has been airlifted.

Rescue Care’s Garrith Jamieson says the unidentified device the children were playing with will be handed over to the relevant authorities.

"The device has been handed over to the Durban Metro Police Search and Rescue and SAPS search and rescue will arrive soon and obviously the necessary authorities will be called in ascertain what it is and what chemical that has caused this", said Jamieson.

A group of pupils from the school will also be transported to the hospital for a check-up since many are coughing after the incident.