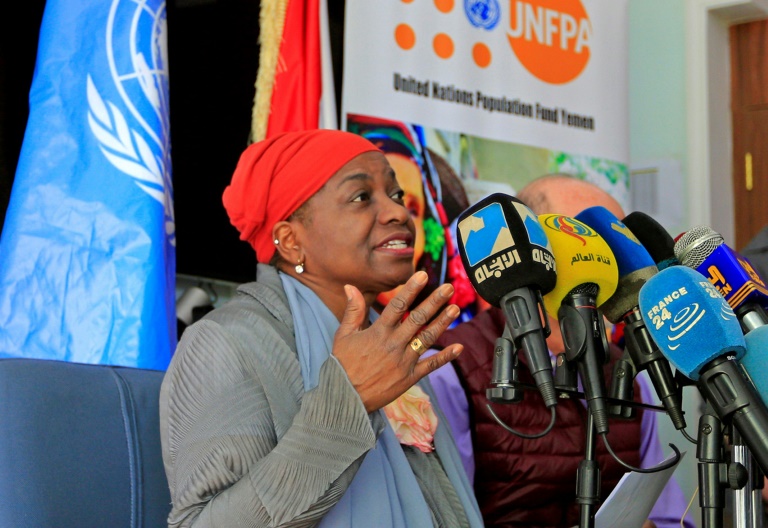 KABUL - Afghanistan is at risk of "imminent hunger" with winter approaching and services disrupted by the return to power of the Taliban, a UN official warned in an interview with AFP.

Natalia Kanem, director of the United Nations Population Fund (UNFPA), said via video that the situation in the country was dire.

"It would not be an exaggeration to say" that at least a third of Afghanistan's population of around 33 million is affected by "imminent hunger," Kanem warned.

Harsh winters, disrupting the ability to transport supplies to isolated areas of the mountainous country, plus the coronavirus pandemic will aggravate an already complicated situation, she added.

"There is a lot of anxiety over how we're going to deliver health care, where the next meal is going to come from," Kanem told AFP from the UNFPA headquarters in New York.

The doctor from Panama warned that women and girls would bear the worst of it.

"It is urgent, for women and girls in particular who were already suffering. This is one of the countries with the highest death during childbirth and pregnancy rates.

"We cannot underscore enough that even during a transitional period, women and girls have human rights and these are to be respected," she said.

Kanem repeated calls made by the international community to the Taliban, who swept to power last month as the United States withdrew its last troops, ending Washington's 20-year war there.

"The women of Afghanistan have made clear over years that they want their education, they want their health care, and that they're also ready, willing and able to design programs and to be able to lead in their communities," she said.

Taliban leaders have tried to portray the group as more moderate than when it last ran Afghanistan from 1996 to 2001. Then, women were banned from school or work and only allowed to leave home with a male chaperone.

They have promised to change, saying they will respect women's rights within the framework of Islamic sharia law, but many remain sceptical.

But not a single woman was appointed to the provisional government and the Islamists seem to be incrementally stripping away Afghans' freedoms.

Kanem notes that in a country ravaged by decades of conflict, many women, particularly in areas most affected by violence, are the sole breadwinners.

"We're all anxiously hoping that there will be regularity and ability of delivery of goods" to people in small communities where many of the UNPFA's staff are women, she said. 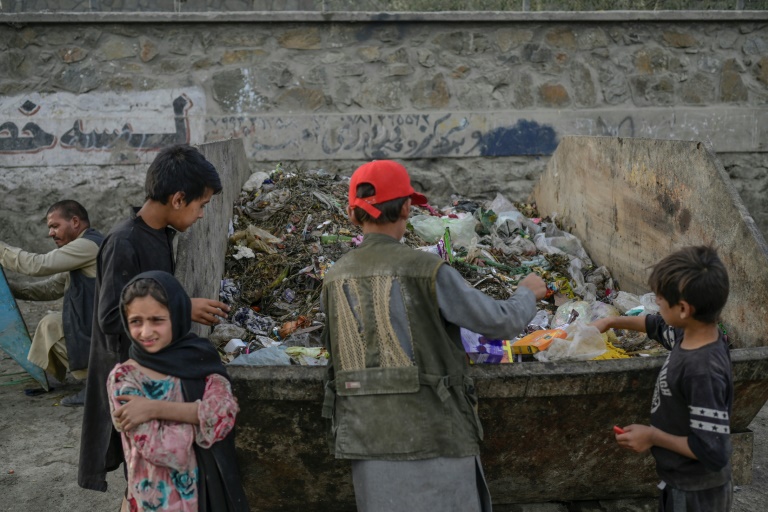 Children collect food and recyclables from a waste container near Kabul airport on September 21, 2021

"We have said that we want to be able to maintain a functioning health system.

"(It's) pretty challenging right now with the airport having been closed, with certain professionals who have left the country," Kanem added.

She warned that if the health system breaks down, that's going to spell "complete disaster," but added that for the most part the agency's family health centers have remained open.