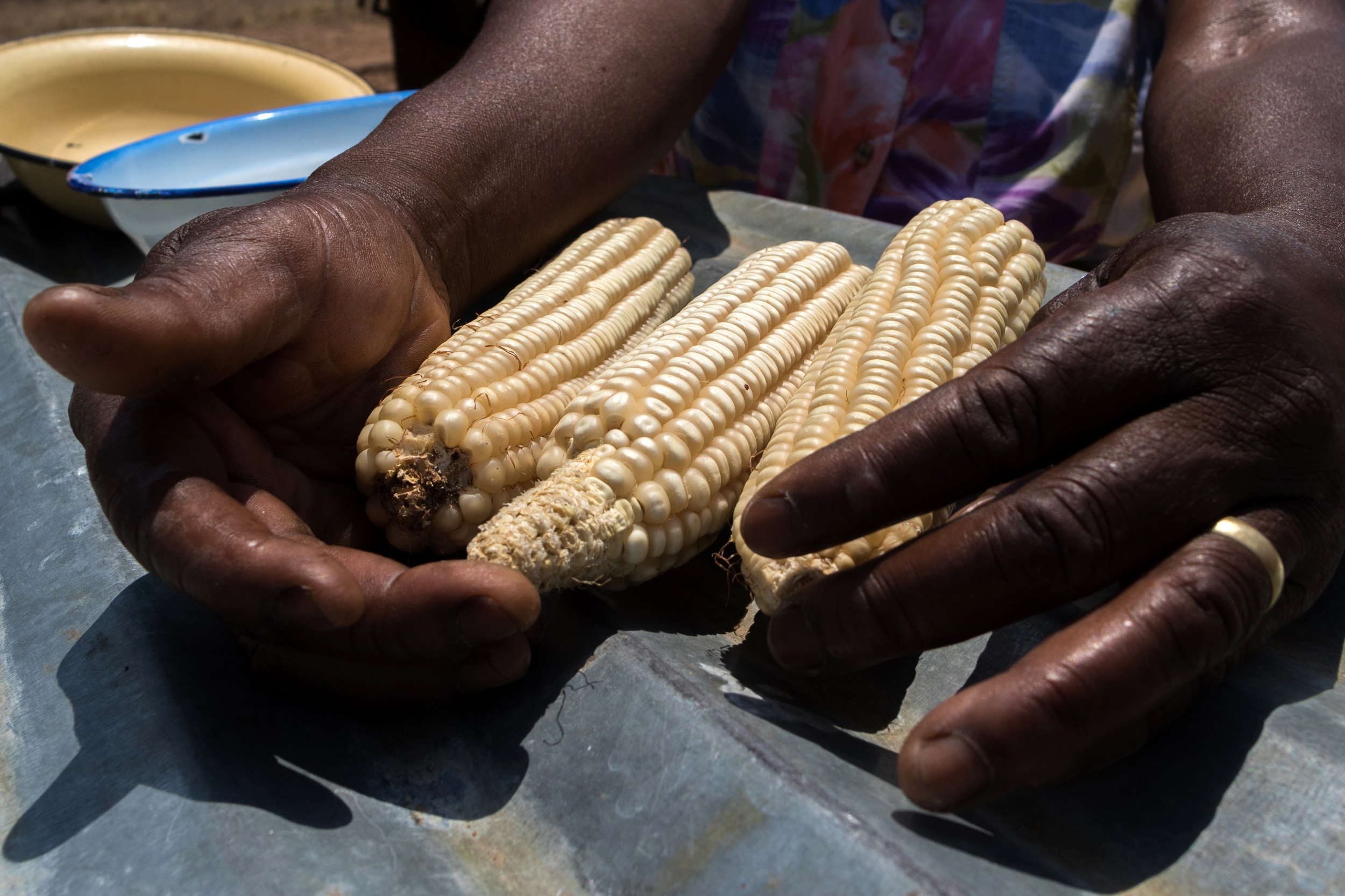 A woman shows maize from her dry field in the Zaka Masvingo province. Severe lack of rain across Zimbabwe has hit the country hard, with government officials saying a quarter of the population faces starvation.

HARARE - The United Nations called for some $200-million in extra funding to help four million Zimbabweans unable to buy food due to drought and triple-digit inflation.

The southern African country has been hit by a poor harvest and an entrenched economic crisis that has rendered basic goods out of reach for most people.

"For us to implement this programme, reaching 4.1 million people from January up to April and then 1.5 million from May to June, it will cost us a total of 293 million (US) dollars," Rowe told reporters.

He said WFP had so far only received 30 percent of the amount.

Zimbabwe is experiencing one of the worst droughts in history, blamed on the effects of the El Nino weather cycle.

A WFP survey found that 77 percent of people in urban areas could no longer afford a standard meal.

"Households are sliding towards the severe category of food insecurity," said Rowe.

"If we do not provide some form of assistance, we certainly have a crisis in our hands."

READ: 'No one will go hungry': Mnangagwa reassures Zim after drought

The government said earlier this year that around half the population would require food aid between February 2019 and March next year.

"Zimbabwe is facing one of the most serious food crises in its history," said a statement Movement for Democratic Change (MDC), the main opposition party.

"For the first time ever, a huge 2.2 million people will require food assistance in the urban areas."

Production of maize, a national staple, fell by 54 percent as a result of the drought, according to the MDC.

The UN estimates that a total of 5.5 million people in the countryside and 2.2 million in urban areas are currently in need of help.