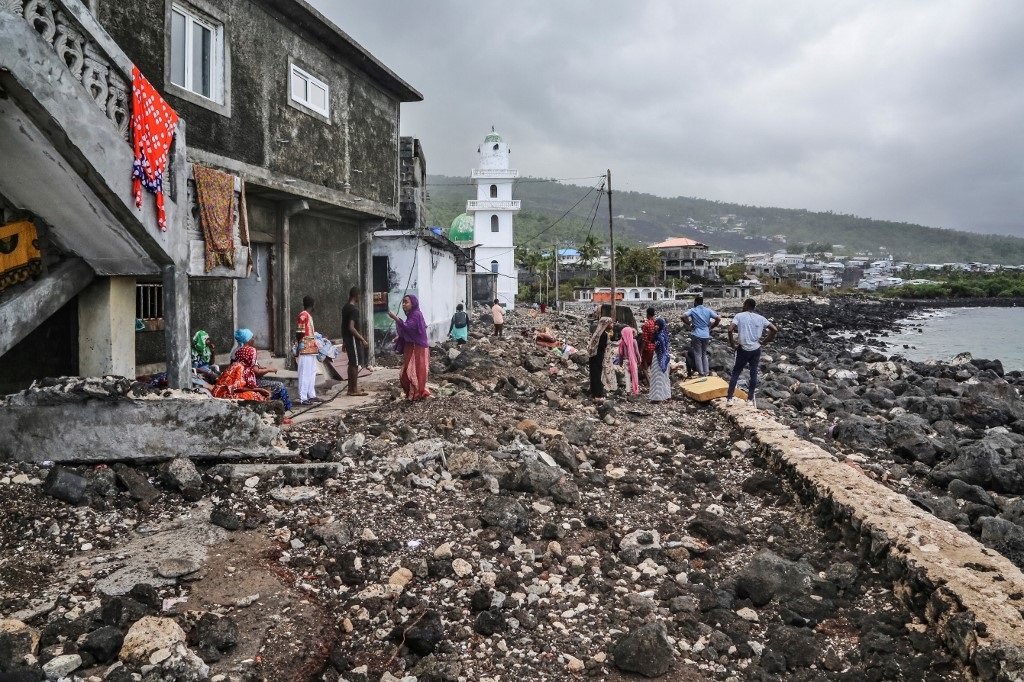 Residents gather their belongings on April 27, 2019 in Fumbuni, 56km south of Comoros capital Moroni, following the passage of the Cyclone Kenneth.

MAPUTO - The United Nations (UN) will grant Mozambique and the Comoros Islands $13-million (R186,2-million) in emergency funds to help provide food and water and repair damage to infrastructure, the organisation said late on Sunday, after the second cyclone in a month slammed into the region.

"This new allocation of Central Emergency Response Fund funds will help humanitarian partners to scale up the response to address the needs of those most vulnerable in the aftermath of Cyclone Kenneth", said UN Humanitarian Chief Mark Lowcock in a statement.

Cyclone Kenneth crashed into the northern Mozambican province of Cabo Delgado late on Thursday, flattening entire villages with winds of up to 280 kph, killing five people and unleashing heavy rains and flooding that has seen rivers burst their banks.