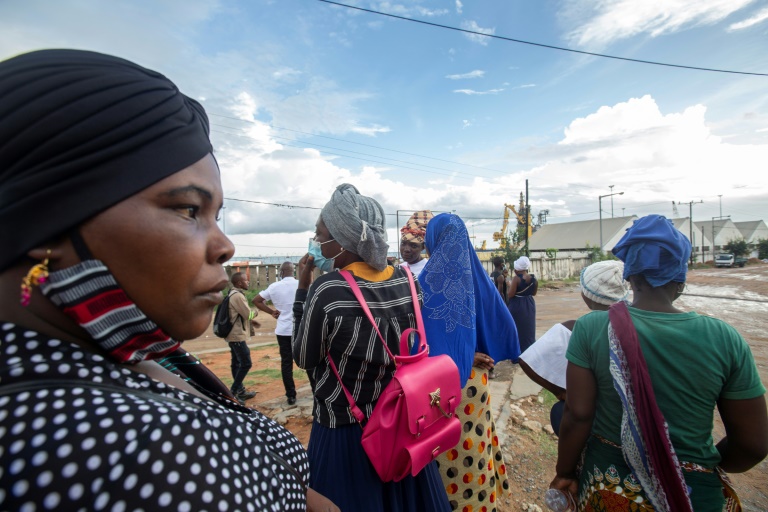 People at the port of Pemba have been waiting for the arrival of loved-ones evacuated from Palma. AFP/Alfredo Zuniga

MAPUTO - More than 5,000 people have reached safety outside the northern Mozambican town of Palma a week after it was besieged by jihadists, the UN said on Wednesday, as thousands remained stranded.

Dozens have been killed and many more are still missing in a coordinated attack seen as the biggest escalation of an insurgency that has battered Cabo Delgabo province since 2017.

"As of yesterday afternoon there were 5,360 displaced people... who had arrived in Nangade, Mueda, Montepuez and Pemba districts," International Organization for Migration (IOM) spokeswoman Sandra Black told AFP on Wednesday.

"That displacement is rapidly increasing."

The fighting had already displaced around 670,000 people in the gas-rich province, more than 43,000 of which were staying in Palma before the attack.

Two boats carrying over 1,100 escapees had docked in the provincial capital Pemba earlier on Wednesday but had "yet to disembark" due to "security screening procedures", Black said.

Palma is around 10 kilometres away from a multi-billion-dollar liquified natural gas project (LNG) led by France's Total and involving other international companies.

Mozambique's government attempted to resolve the situation by stepping up security and declaring a 25-kilometre security perimeter around the LNG site.

An unnamed army official told AFP soldiers had been sent to "mop up" the town, which fell to the militants on Saturday.