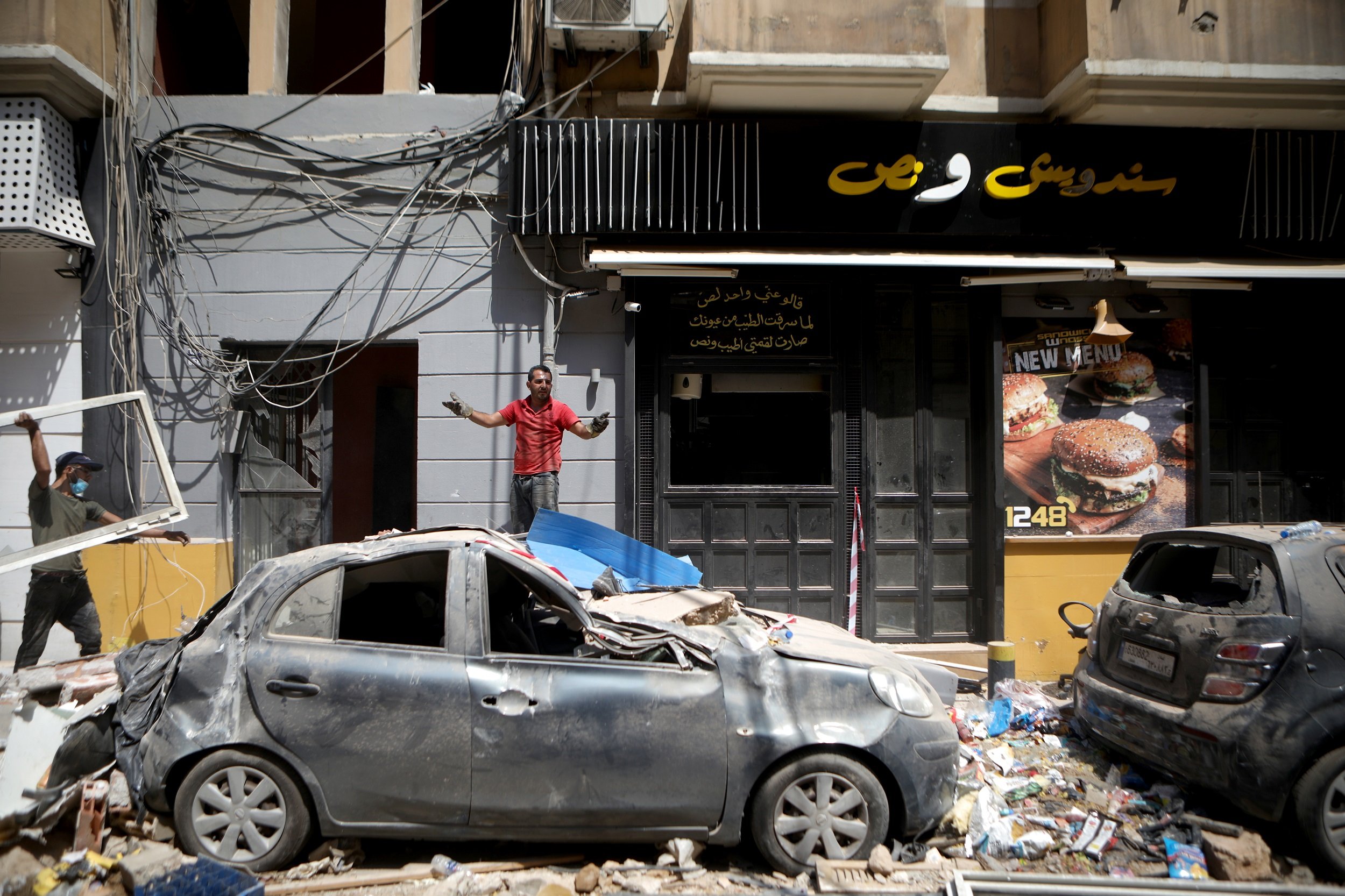 A man gestures while removing rubble in Beirut's neighbourhood of Mar Mikhael after a massive explosion in the Lebanese capital's port left scores of people dead or wounded and caused extensive damage.

GENEVA - The United Nations said it was urgently trying to get food, aid and medical equipment to Beirut following the devastating explosion that ripped apart the Lebanese capital's port.

The UN's World Food Programme (WFP) warned that as economically ravaged Lebanon imports 85 percent of its food, the flow could be severely damaged.

"WFP is concerned that the explosion and the damage to the port will exacerbate an already grim food security situation," said the agency's spokeswoman Elisabeth Byrs.

The severe damage to Lebanon's largest port "could limit the flow of food supplies into the country and push food prices beyond the reach of many," she added.

Byrs said the WFP would be allocating 5,000 food parcels to affected families, which contain enough food to feed a family of five for a month.

The WHO said hospitals were overwhelmed with injured patients, with three hospitals now deemed non-functional, putting 400 beds out of use, and a further two hospitals partially damaged, putting a further 100 beds beyond use.

UNICEF, the UN children's agency, said preliminary numbers suggested that up to 100,000 children's homes had been damaged or destroyed and they were now displaced.

"We have initial reports of over 120 public and private schools that have sustained damage," serving approximately 55,000 children, UNICEF spokeswoman Marixie Mercado said.

The agency has launched a funding appeal for an initial $8.25-million.

"The needs are immediate and huge," Mercado said.