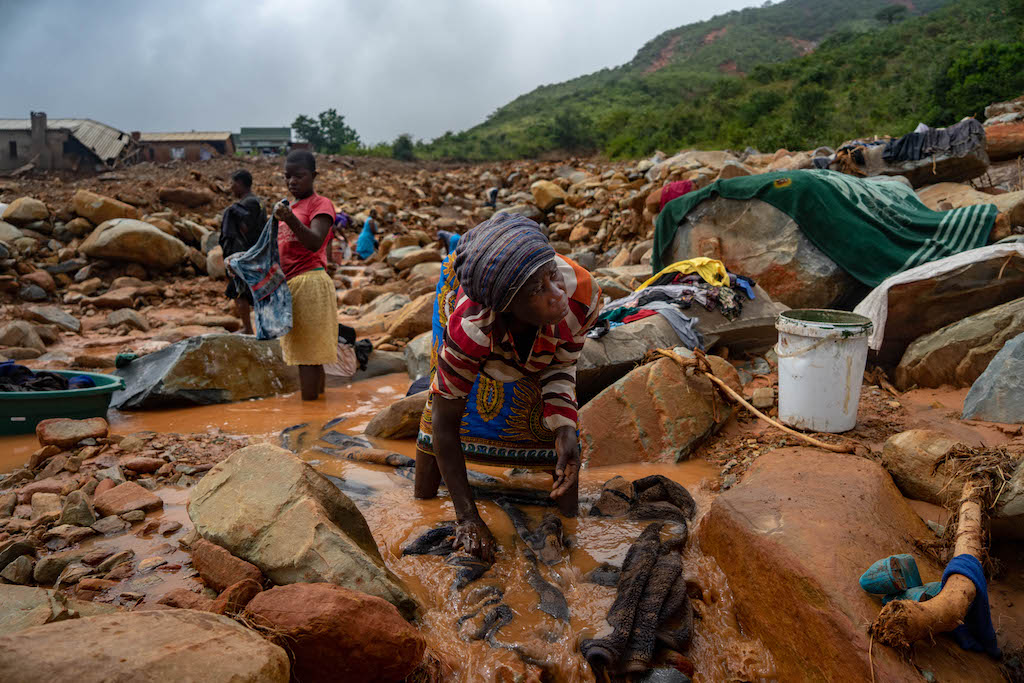 An elderly woman washes her belongings in the mud in Chimanimani after the area was hit by the Cyclone Idai.

HARARE - The United Nations asked donors for an extra $60-million to help Zimbabwe recover from a cyclone that tore through eastern regions last month.

The storm flooded swathes of land, exacerbating a humanitarian crisis caused by an earlier drought.

It killed at least 268 in the southern African country and hundreds more in neighbouring Mozambique and Malawi.

"The revised humanitarian flash appeal aims to respond to the rising humanitarian needs of people in Zimbabwe due to a dry spell, challenging economic situation and compounded by the recent Cyclone Idai disaster," the UN's resident coordinator in Harare, Bishow Parajuli, said.

The request raised its total current appeal for Zimbabwe to $294-million.

Zimbabweans are also facing an economic crisis -- prices of staples such as sugar, cooking oil and rice have risen as much as 60 percent since February, fuelling anger against President Emmerson Mnangagwa's government.