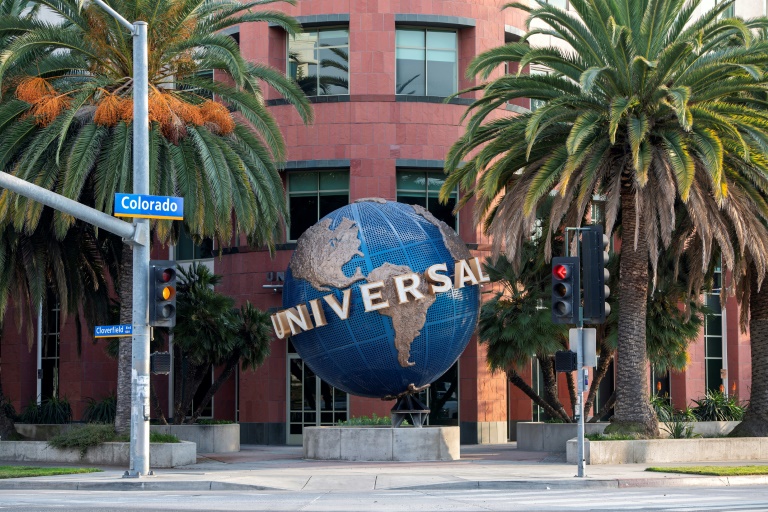 PARIS - Shares in Universal Music, the world's biggest label with a lineup of megastars from The Beatles to Taylor Swift, surged on its stock market debut Tuesday, giving the company a valuation exceeding $50 billion.

That is way above the $39 billion valuation it was given the night before its listing on the Euronext Amsterdam index.

Trade magazine Music Business Weekly said it had been "expecting an impressive opening for UMG on the Amsterdam Stock Exchange today -– but even we weren't expecting this."

Universal Music Group (UMG), with its catalogue of four million titles, was floated by its owner, the French media conglomerate Vivendi.

With Vivendi shedding a majority stake in its crown jewel, its own shares sank by more than 15 percent on the Paris CAC 40 stock exchange.

Vivendi is owned by French billionaire Vincent Bollore, who has positioned himself as a powerful right-wing media baron in recent years and is looking to focus more on TV, advertising and publishing.

Universal Music, like its rivals Warner and Sony, was once threatened by music piracy but profits have soared in the age of streaming.

Analysts say the industry has been undervalued, with JPMorgan Cazenove estimating that UMG's true worth could go as high as $64 billion, according to Music Business Weekly.

It is home to many of the world's biggest music stars, from Lady Gaga to Kanye West to Metallica.

Last year the group bought Bob Dylan's entire song catalogue for $300 million, one of the biggest acquisitions in music history.

Based in Santa Monica, California, UMG has been a cash cow for Vivendi's media empire, with a turnover of 7.4 billion euros last year, accounting for 46 percent of the parent company's revenue.

Vivendi is keeping a chunk of UMG, but has already sold off a 20 percent stake to Chinese tech firm Tencent and 10 percent to US financier Bill Ackman.

Aware that shedding its number one asset might be a risky move, Vivendi has taken steps -- described as "quite extraordinary" by one activist shareholder -- to protect its own share price.

It secured agreement from its investors for a massive buyback of up to half its shares following the UMG flotation.

Although that did not stop Vivendi shares from falling on Tuesday, it is designed to give the group cash reserves to fight off any hostile takeover bids.

Tuesday's operation involved Vivendi distributing 60 percent of UMG shares to its investors while the French company kept 10 percent and maintained a joint-management agreement with Tencent.

UMG, meanwhile, is not just counting on its music to thrive as it goes public.

A prospectus for the IPO said UMG's three main operating businesses are recorded music, music publishing and advertising, but that it is also expanding into areas such as live events, livestreaming, film, television and podcasts.

More than half of UMG's record music revenue came from its vast back catalogue of music (defined as more than three years old), while 46 percent came from new releases.

"The higher than expected share price shows that investors have confidence in the company," said Casper de Vries, international monetary professor at Erasmus University in Rotterdam.

"But we must remember that there is still a long way to go before the end of the (trading) day," he told AFP.