The unstoppable revenge of the mullet 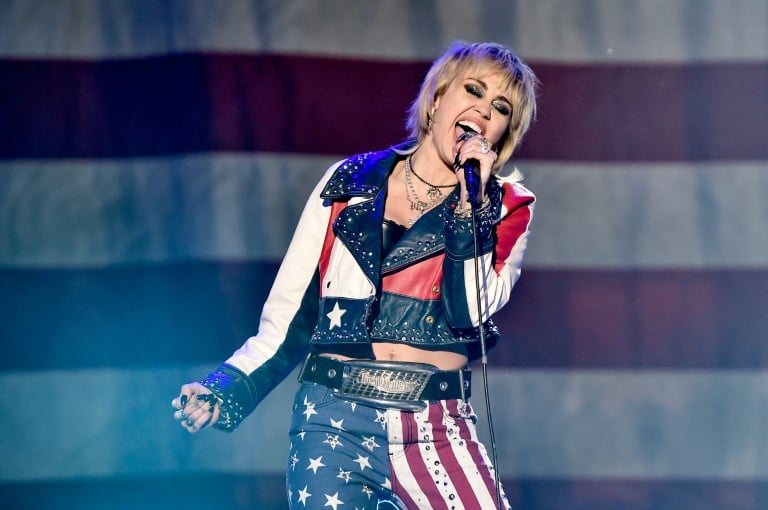 Miley Cyrus has been among the pop stars sporting a mullet

PARIS - "Business in front, party in the back": a hairstyle considered so obnoxious that for years it verged on being an arrestable offence, the mullet has made the unlikeliest comeback of the century.

From pop stars like Rihanna and Miley Cyrus to a surprisingly high proportion of the England rugby team, the short-front-long-back style has reinvaded the world's TV screens and high streets.

"My idols have always been David Bowie and Princess Diana, so the initial idea was to look like their lovechild," said Sharon Daniels, 26, an Australian living in Brighton, England.

"Shaz" was well ahead of the game, and when she first arrived in Brighton two years ago, only one other person around town was sporting her do. She knew because people kept sending her pictures of him.

Now, the mullet is everywhere.

"I don't necessarily appreciate that, since now it looks like I'm trying to fit in," Daniels laughed. "I don't mind. I know how long I've been rocking it."

Fashion cycles are as inevitable as the turning of the planets, but this is one style that many thought buried for good.

"It's back from the dead," said Tony Copeland of the British Master Barbers Alliance, theorising that a few months of lockdown growth helped propel the resurrection. 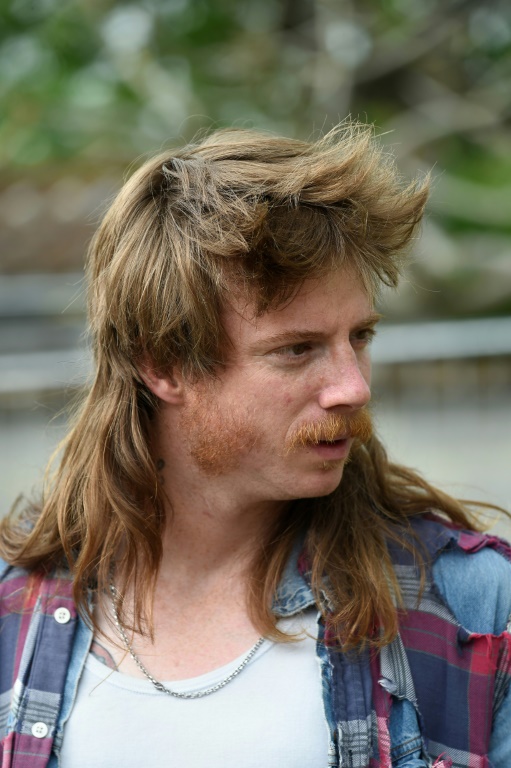 "We're going to see more and more this year. Guys are just fed up with all the skin fades."

That could mean fierce competition at the next Festival de la Coupe Mulet, Europe's biggest mullet festival, last held in Belgium in 2019.

Current titleholder Gauthier Istin, a farmer from Brittany in northern France, isn't worried about defending his crown. For him, the mullet is a passport to good times, and he intends to travel by foot to the next festival in central France in June, like a sort of slower, hairier Forrest Gump.

"I hope people will walk with me along the way, ideally with a mullet but no problem if not," he told AFP.

He takes a philosophical view of his flowing locks: "It's about having enough confidence in yourself to not take yourself too seriously, and to totally own your look."

Istin also points out that the mullet dates back much further than the shoulder pads and rolled-up jacket sleeves of the 1980s. 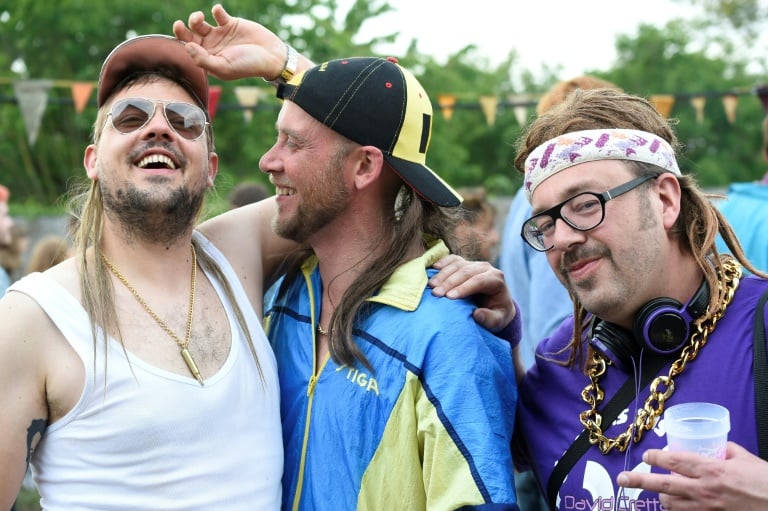 Participants pose during the mullet haircut festival in Boussu in 2019

"If you look at ancient frescoes, Roman mosaics, you'll see people with them because they're much simpler than other styles," he said.

Indeed, the History Channel says mullets made their first appearance in literature in Homer's The Iliad, in which a group of spearmen are described as having "their forelocks cropped, hair grown long at the backs".

It also credits Benjamin Franklin's "skullet" (bald on top, long at the back) with helping to charm the French into supporting the nascent United States of America when he was ambassador in the 18th century. His daring, wigless hairstyle was part of a successful PR effort depicting him as a man of "simplicity and innocence".

Amazingly, however, the mullet went for millennia without its own name. It was not christened until 1994, and by an unlikely source.

"You're coming off like you're Van Damme, You've got Kenny G in your Trans Am," the Beastie Boys rapped on their 1994 single "Mullethead" -- the first recorded use of the word according to the Oxford English Dictionary.

By that point, the mullet was well on its way to disrepute, moving out of magazine pages and into the truck stops of deep south America, often to be seen near an angry dog on a chain.

"It really became offensive in the nineties," said Deirdre Novella, of Badlands salon in Brooklyn. "It was for people stuck out in the woods with no idea what was happening." 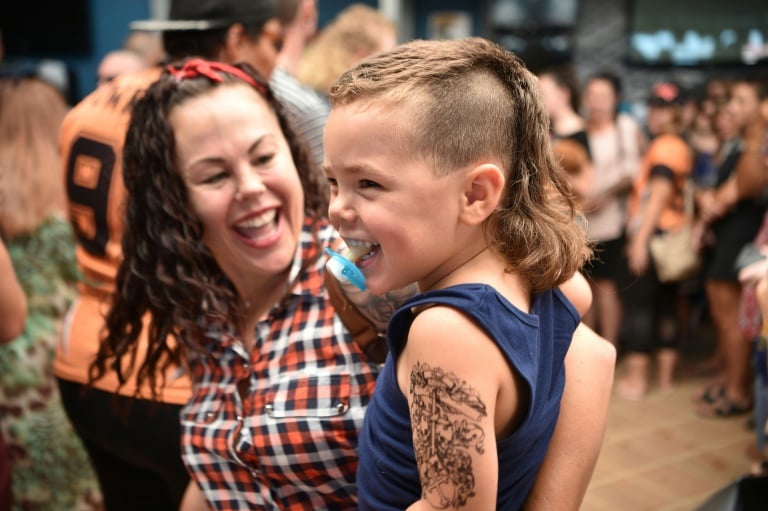 A child sports a mullet haircut at Mulletfest 2018 in the town of Kurri Kurri, Australia in 2018

Its survival in these outposts may have been as much about practicalities as aesthetics, saving necks from getting red and requiring minimal maintenance.

"It's true that I don't get sunburnt, and I don't need to tie my hair up when I'm using a circular saw," said Daniels.

These are not the driving concerns for most mullet-requesters at Novella's Brooklyn salon, who tend to be LGBT or "hardcore art" scenesters.

"You have to have some really radical style: the sort of people who wear clothes that don't look good, but they're so fashionable they can pull it off," she said.

Still, the mullet has always looked tough, and that won't change even after a million Brooklyn and Shoreditch hipsters insta their two-tier cuts to ironic death.

"I once found myself on a ferry to Tasmania with the Outlaws motorbike gang and the percentage of mullets was insane," said Daniels.

"It's just a badass hairstyle."