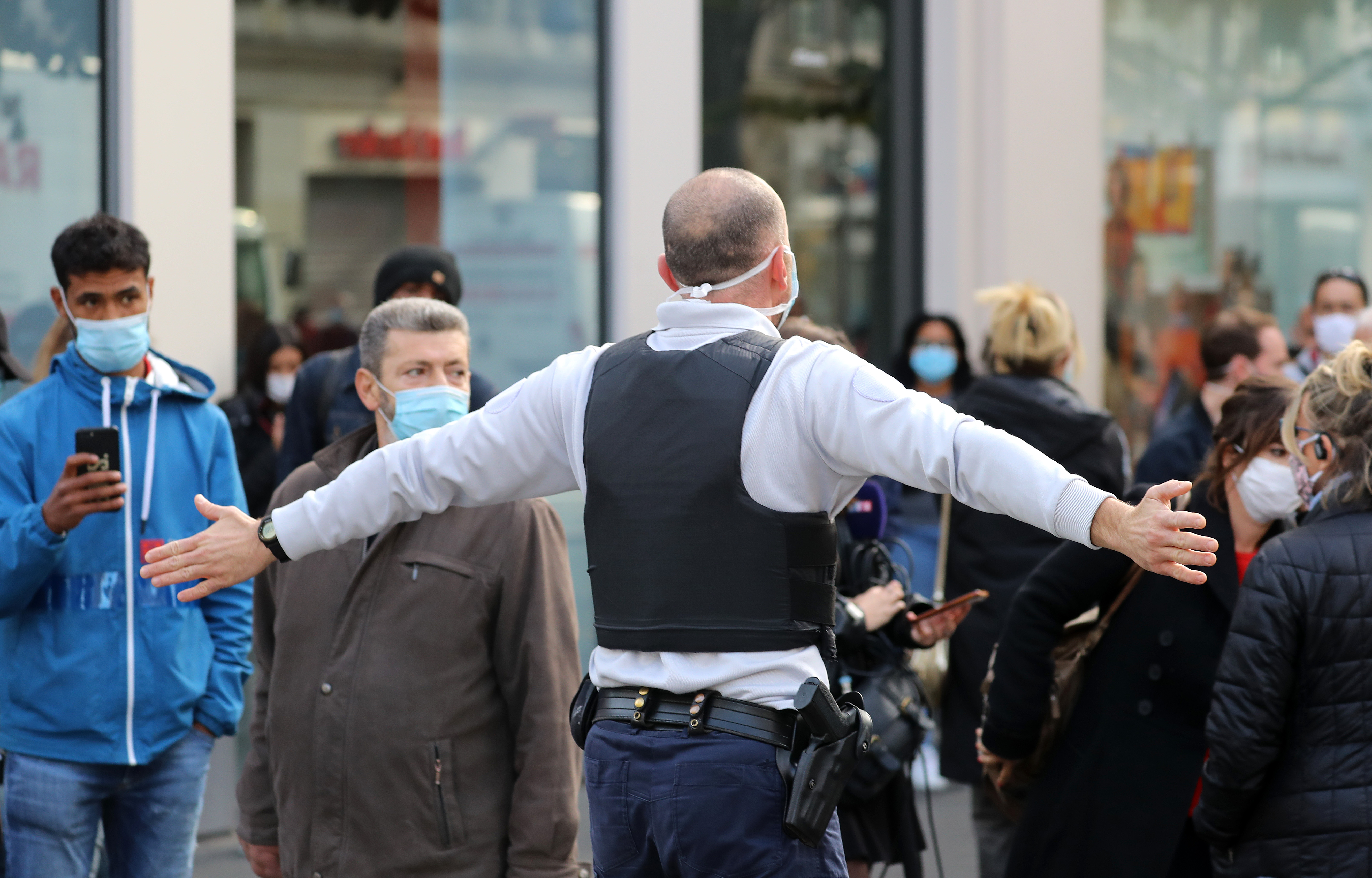 A French policeman pushes bystanders back off the street after a knife attack in Nice on October 29, 2020. A man wielding a knife outside a church in the southern French city of Nice slit the throat of one person, leaving another dead and injured several others in an attack on Thursday morning, officials said. The suspected assailant was detained shortly afterwards, a police source said, while interior minister Gerald Darmanin said on Twitter that he had called a crisis meeting after the attack. (Valery HACHE / AFP)

PARIS - France's national anti-terror prosecutors said Thursday they have opened a murder inquiry after a man killed three people at a basilica in central Nice and wounded several others.

The city's mayor, Christian Estrosi, told journalists at the scene that the assailant, detained shortly afterwards by police, "kept repeating 'Allahu Akbar' (God is Greater) even while under medication."

He added that President Emmanuel Macron would be arriving shortly in Nice.

Nice mayor Christian Estrosi said on Twitter, "I can confirm everything lets us think this was a terror attack in the Notre-Dame Basilica," in central Nice.

French Prime Minister Jean Castex observes a minute's silence in tribute to the victims of a knife attack in Nice. (Bertrand GUAY / AFP)

France has been on high alert for terror attacks since the January 15 massacre at the satirical weekly Charlie Hebdo, and the trial of suspected accomplices in that attack is currently underway in Paris.

A wave of jihadist attacks on French soil, often by so-called "lone wolf" assailants, has killed more than 250 people since 2015.

The assault prompted lawmakers in parliament to hold a minute of silence, before Prime Minister Jean Castex and other ministers abruptly left for an emergency meeting with President Emmanuel Macron. 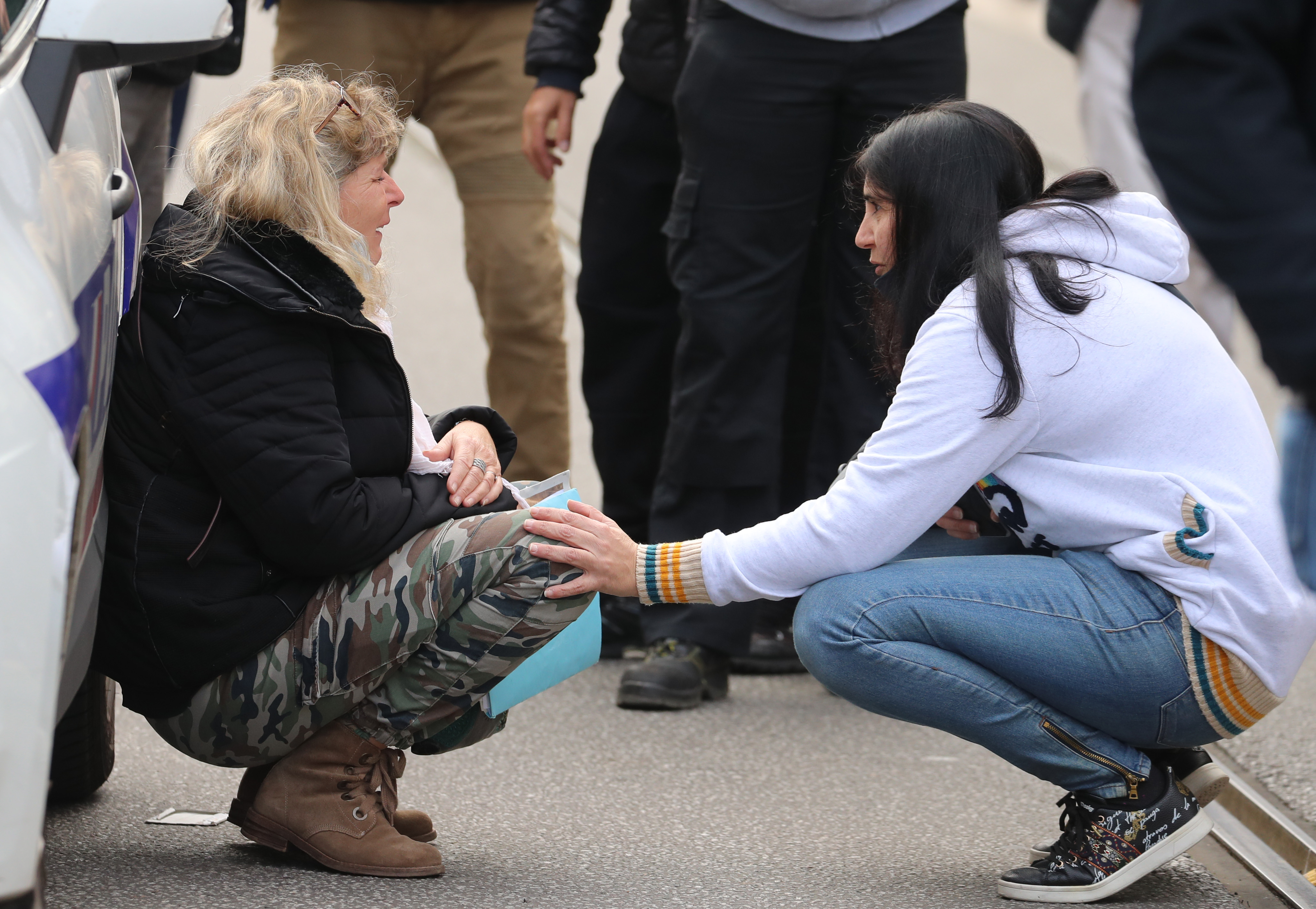 A woman kneels by a police car as she cries in the streets after a knife attack in Nice on October 29, 2020. (Valery HACHE / AFP)