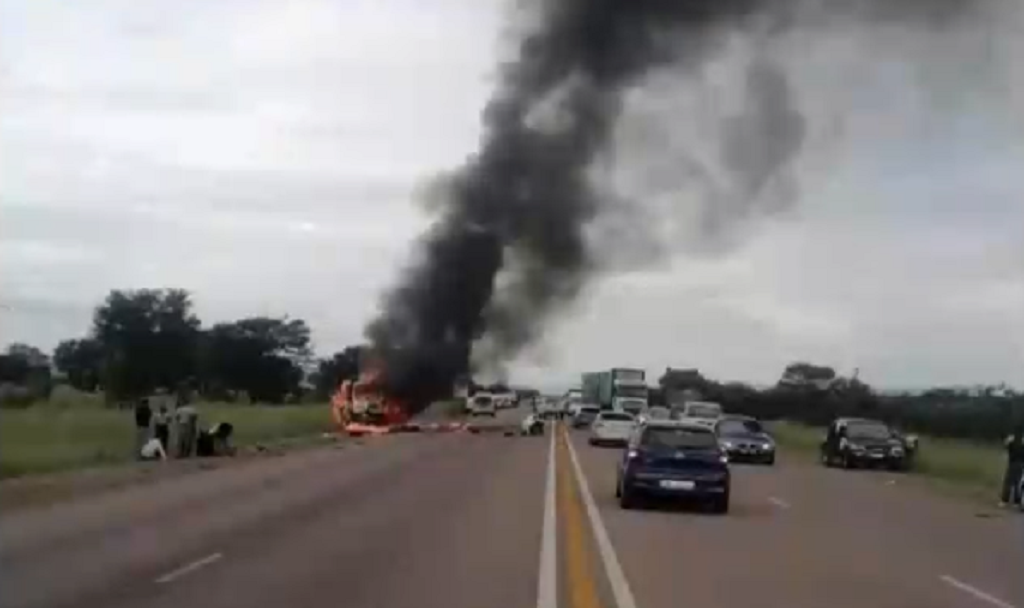 17 people have been killed in a head-on collision on the N1 near Mookgophong in Limpopo. eNCA

JOHANNESBURG - The death toll in a head-on collision on the N1 near Mookgophong has increased to 17.

Several others were injured in the crash between a 22-seater bus and an SUV.

The driver of the private vehicle allegedly lost control after a tyre burst, colliding head-on with the bus.

The bus burst into flames and some occupants trapped inside were burnt to death.

The driver of the SUV was also killed on impact.