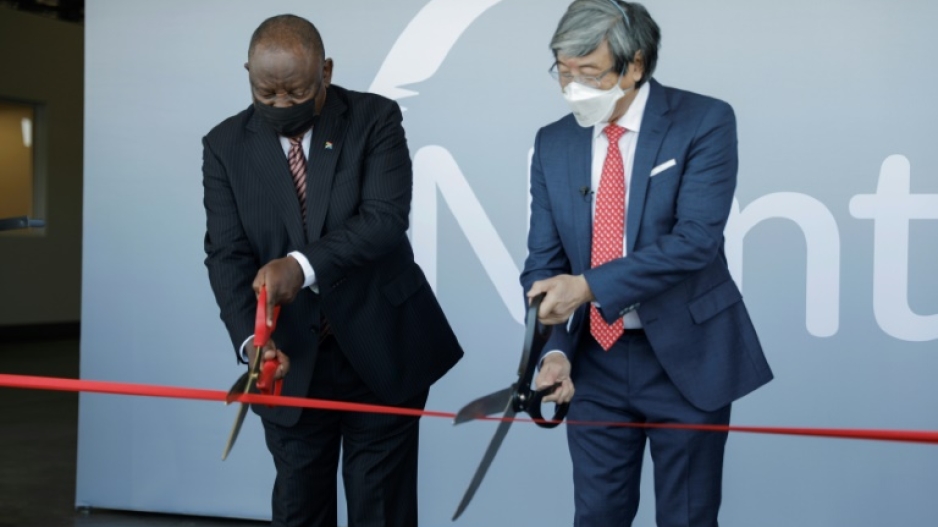 CAPE TOWN - US biotech billionaire Patrick Soon-Shiong on Wednesday opened a plant in Cape Town that will be the first in Africa to produce Covid-19 vaccines from start to finish.

The factory should churn out its first vials of second-generation coronavirus vaccine "within the year" and produce a billion doses annually by 2025, said Soon-Shiong.

The plant will be South Africa's third Covid vaccine manufacturing facility but the first in the continent to make the formula across every stage, rather than producing it from semi-finished batches.

Africa currently manufactures less than one percent of all vaccines administered on the continent, according to the World Health Organization (WHO).

South Africa is where giant leaps in medicine take place, according to NantWorks LLC founder Patrick Soon-Shiong. He was speaking at the launch of a coalition to accelerate domestic production of pharmaceuticals, biologics and vaccines throughout the continent. Courtesy #DStv403 #eNCA

South African President Cyril Ramaphosa, speaking at the inaugural event, hailed the plant as a sign of African self-reliance.

"We will stand on our own," he vowed.

He thanked Soon-Shiong, a South African-born and now United States-based doctor-turned-entrepreneur -- for returning "home" to invest in vaccine production.

Born in South Africa to Chinese parents and now a US citizen, the billionaire said the launch was "one of the momentous moments of my life -- this is a homecoming."

He made a fortune by inventing a cancer drug and then founded NantWorks, a California-based startup in healthcare, biotech and artificial intelligence, in 2007.

Production at the state-of-the-art vaccine manufacturing campus will be a collaborative effort between NantWorks, South African research institutions and four local universities.

"We have now developed this SN (spike nucleic) T-cell vaccine, a second-generation vaccine, and we want to manufacture this in Africa, for Africa, and export it to the world," said Soon-Shiong.