US COVID doc: We are 'burned out' 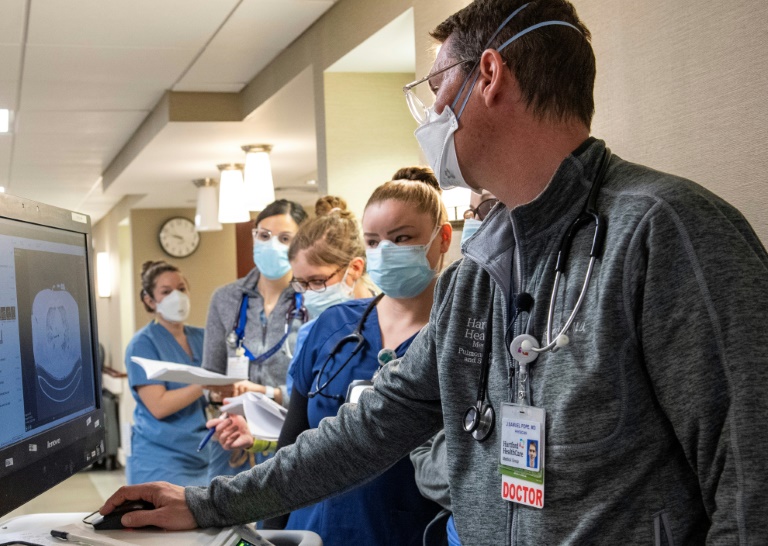 Dr. James Samuel Pope inspects a medical scan of a patient in the ICU at Hartford Hospital in Hartford, Connecticut on January 18, 2022

HARTFORD, Connecticut -  Exhausted and overwhelmed by the influx of mostly unvaccinated COVID patients, Dr James Samuel Pope, an intensive care physician at Hartford Hospital in the US state of Connecticut, hopes the Omicron wave of the pandemic will be the last.

"It's been very much the wild west for about the last two weeks," says Pope, medical director of the ICU at Hartford Hospital.

"More ER visits in a day than we've ever had."

Most of the patients Pope sees today are unvaccinated, many of them intubated or attached to ECMO (extracorporeal membrane oxygenation) systems to help them breathe. 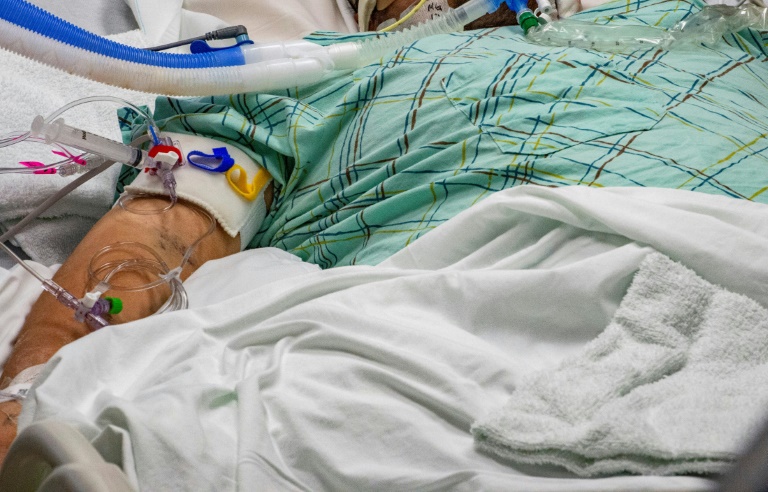 An intubated Covid-19 patient at Hartford Hospital in Hartford, Connecticut, on January 18, 2022

Pope knows that not all the patients he is taking care of will go home.

"The frustration is very real," Pope says, making rounds with the medical team and going over the cases of each patient, who range in age between 22 and 80-something.

"All of us are burned out," Pope tells AFP, especially health care workers who have been taking care of coronavirus patients since the beginning of the pandemic. 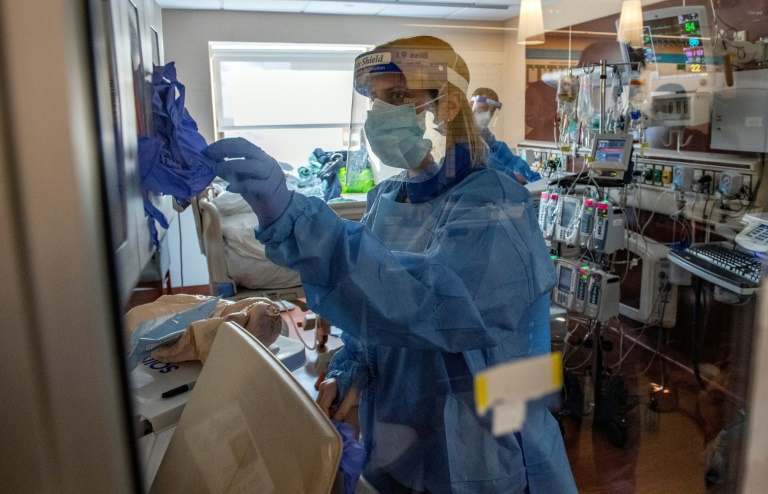 "It's hard to find somebody who's bubbly and feels like this has been an uplifting and positive life-changing experience. It has not," he says, though he acknowledges there have been some moments of inspiration.

Another medical worker approaches Pope, asking him to sign a patient's death certificate. There is an empty bed visible in the ward, where a COVID-19 patient died during the night.

Pope remembers the other patients he has lost. He says most don't even realize they are dying, because they are so sedated.

"We had a number of young people who died that we tried very hard to save, we just couldn't," he says.

"You don't want to put any kind of value judgment on people's lives, but you at least can feel like if a 90-year-old passes away, they lived life." 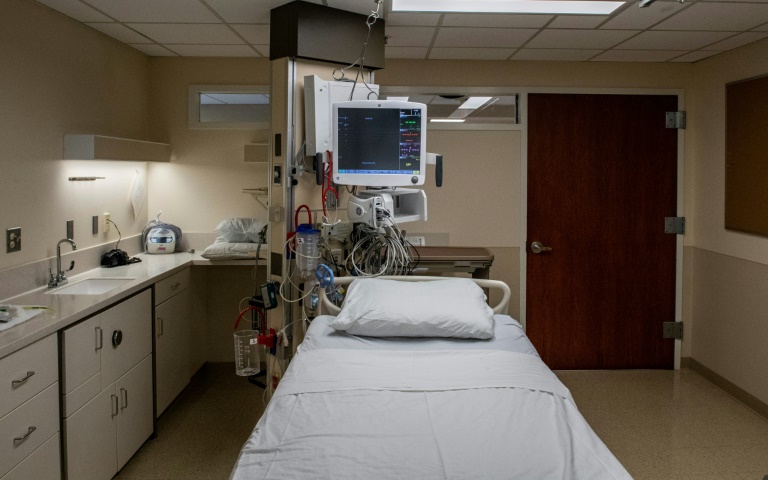 A empty bed where a patient with Covid-19 died earlier in the day at Hartford Hospital in Hartford, Connecticut, on January 18, 2022

The doctor says conditions have improved in the last two years, but he still laments the state of the pandemic.

He says ICU beds have not been empty in some time, and that the hospital's ER has recently become overrun as the Omicron variant sweeps through the country.

He says he is not sure he wants to keep doing this work unless something changes.