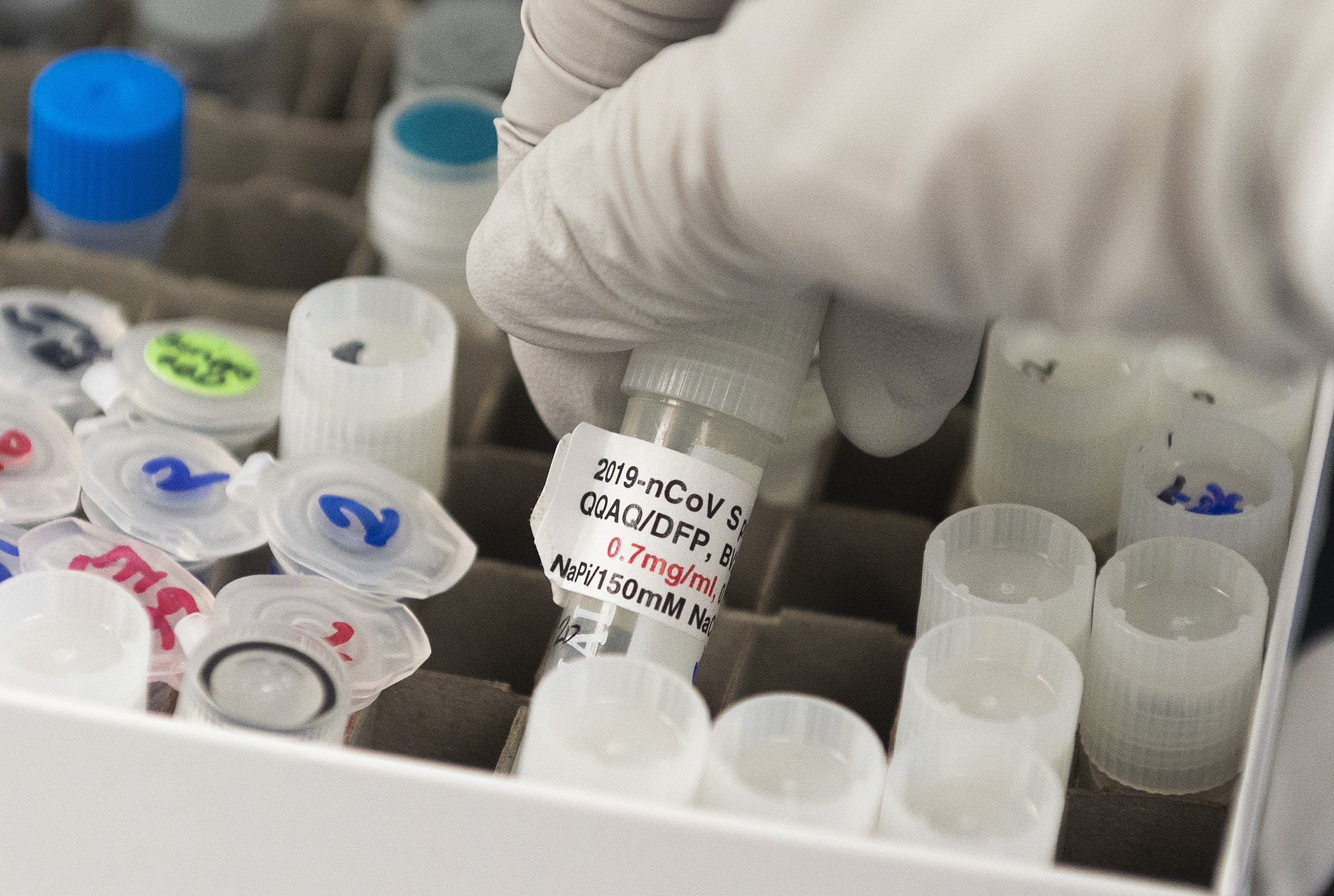 File: The Oxford University researcher added it was possible that there would be vaccines available by the end of the year.

WASHINGTON - US biotech firm Moderna reported promising early results on Monday from the first clinical tests of an experimental vaccine against the novel coronavirus performed on a small number of volunteers.

The Cambridge, Massachusetts-based company said the vaccine candidate, mRNA-1273, appeared to produce an immune response in eight people who received it similar to that seen in people convalescing from the virus.

"These data substantiate our belief that mRNA-1273 has the potential to prevent COVID-19 disease and advance our ability to select a dose for pivotal trials," Zaks said.

President Donald Trump welcomed the news saying "it's incredible what they can do and I've seen results.

"And the results are staggeringly good," Trump told reporters. "So I'm very happy and the market's up very big."

Moderna, which was founded nine years ago, said the vaccine "was generally safe and well tolerated" and that patients suffered no more than redness or soreness from the shots.

In a conference call, Moderna chief executive Stephane Bancel said the preliminary tests inspired confidence that mRNA-1273 has "a high probability to provide protection" against the virus.

"We could not be happier about these interim data," Bancel said of the Phase 1 test, the first of three in the development of a vaccine.

Separate tests performed on mice showed that the vaccine prevented the virus from replicating in their lungs, according to the company.

The US government has invested nearly half a billion dollars in the development of Moderna's vaccine candidate.

Three groups of 15 patients aged 18 to 55 received three different doses of the vaccine in the Phase 1 test, the complete results of which are not yet known.

The Phase 2 trial, with 600 subjects, has already received the green light from the US Food and Drug Administration and Moderna said they should begin this quarter.

A Phase 3 trial, the largest and most important to validate the efficacy of a vaccine, should begin in July.

"The Moderna team continues to focus on moving as fast as safely possible to start our pivotal Phase 3 study in July," said Bancel, Moderna's CEO.

Based on the Phase 1 partial results, Moderna said they would no longer study the highest dose since the lower doses appeared to provide some effect.

"The lower the dose, the more people we expect to be able to protect," said Moderna president Stephen Hoge.

Stephen Evans, professor of pharmacoepidemiology at the London School of Hygiene & Tropical Medicine, said that while it was difficult to be sure of the results "from a press release," there was reason for optimism.

"It must be noted that this is a Phase 1 study which has an object of showing the vaccine is able to induce an antibody response and that the dose range is appropriate," Evans said.

"It will not be until the Phase 3 trial is completed that it will be known whether the vaccine actually prevents COVID-19 disease," he added.

Trump has said he wants 300 million vaccine doses by January 2021 to protect the US population and his administration has provided funding to Moderna, Johnson & Johnson, and France's Sanofi.

The development of a vaccine usually takes years but the coronavirus pandemic, which has caused more than 315,000 deaths, has given unprecedented urgency to the search.

A dozen clinical trials are taking place around the world, half of them in China, according to the London School of Hygiene & Tropical Medicine.

China has said that it is carrying out tests on humans of five experimental vaccines.

The challenge is not only finding a safe and efficient vaccine but also producing billions of doses.

Several large laboratories, including Moderna, have said they would immediately begin production of an eventual vaccine even before the completion of all of the clinical trials.

Moderna recently announced a partnership with the giant drugmaker Lonza to boost its manufacturing capacity to up to one billion doses a year.