US hurdlers sparkle at Olympics, Nigerian sprinter cast out for doping 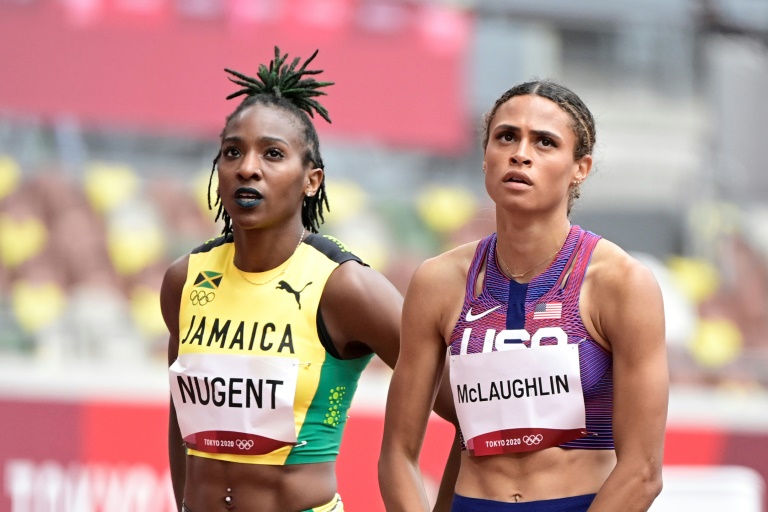 TOKYO - The good and the ugly side of Olympic athletics were on show on Saturday as Sydney McLaughlin and Dalilah Muhammad sparkled on the track while Nigerian sprinter Blessing Okagbare was thrown out of the Games after failing a doping test.

McLaughlin and Muhammad, her predecessor as women's 400 metres hurdles world record holder, should put up as eye-catching a duel as the potential clash between Karsten Warholm and Rai Benjamin in the men's race.

Okagbare by contrast will not be lining up in the women's 100 metres semi-finals later on Saturday after it was announced she had tested positive for human growth hormone.

Both McLaughlin and defending champion Muhammad eased through their heats.

McLaughlin said her world record of 51.90sec could be under threat due to a fast track at the Tokyo Olympic Stadium and the overall quality of the field.

"It feels pretty fast, I must say," said the 21-year-old American.

"You can feel the bounce. Some tracks just absorb your bounce and your motion, this one regenerates it and gives it back to you.

"I think anything is possible. It is a really great group of girls, so I wouldn’t put it past anybody to go out and do it (break the world record)."

Muhammad has not had the smoothest of preparations but her ability to rise to the occasion of a major championships could give her an edge.

"I am feeling good now, Covid is thankfully behind me and the injuries that followed," she said.

"So, I am feeling good and ready to run."

Whilst McLaughlin's dreams of gold remain firmly on course, British hurdler Jessie Knight's campaign did not get past the first hurdle. 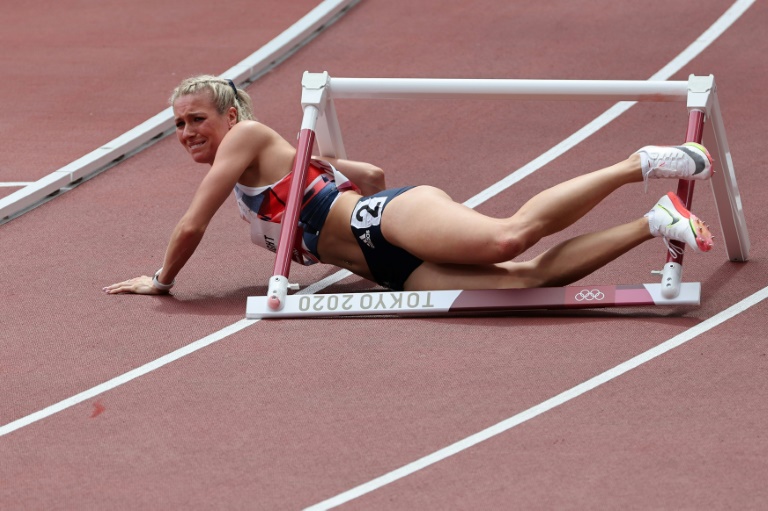 The 27-year-old lost her balance before the hurdle and crashed into it -- once back on her feet she put her hands to her face and trudged off in tears.

If there is to be a challenge to the American duo it is likely to come from Femke Bol.

The 21-year-old Dutch athlete put in an assured performance in her heat, cantering home well clear of her rivals.

“I love the track and these conditions. I am feeling well, sleeping well and am in great shape," said Bol.

“It is great to be in this shape coming into this tournament."

The USA also hold a strong hand in the 100m hurdles with world record holder Kendra Harrison praying that this time she ends her major championship jinx.

The 28-year-old failed to qualify for the Rio Games, was fourth in the 2017 world final and had to settle for silver behind compatriot Nia Ali at the 2019 world championships.

"I'm just trying not to emphasise the word 'Olympics' and just trying to take it like I do every meet, and not to put pressure on myself," said Harrison.

"I'm going to give it everything I've got. It's semis, a mimic of the final."

Injuries have robbed Kenyan great David Rudisha of a shot at a 'threepeat' in the 800 metres.

Nijel Amos, the man who took silver behind Rudisha when he broke the world record in the 2012 final, has battled with injuries but he looked mighty smooth in his heat.

American champion and 2016 Olympic bronze medalist Clayton Murphy is another who believes he is in a better place than a couple of years ago when he finished stone last in the world final. 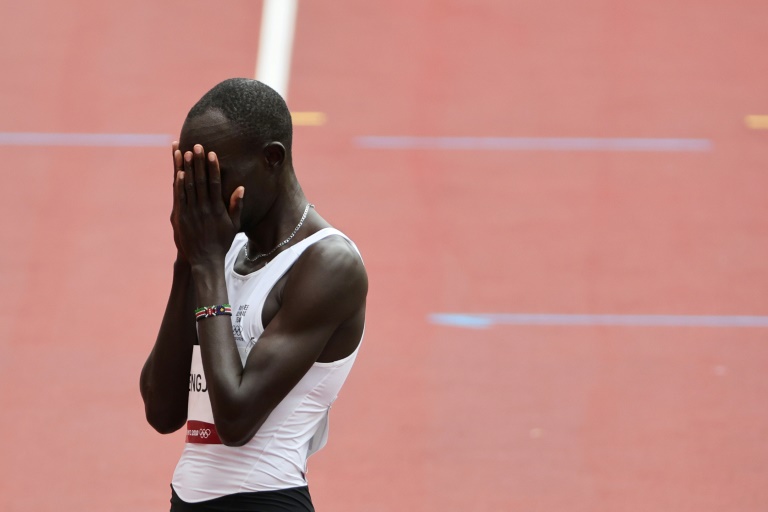 The rough and tumble of the 800m played out badly for refugee team runner James Chiengjiek.

The 29-year-old who fled South Sudan aged 13 to avoid becoming a child soldier tumbled to the  track after the runners came in from their lanes.

He ran on to finish but was inconsolable at the end, sinking to his knees and holding his head in his hands as his rivals walked off without saying a word or even a pat on the back.