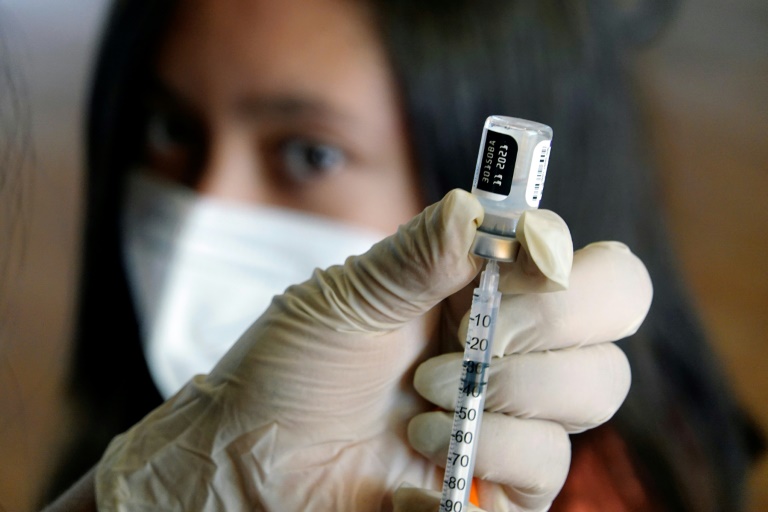 President Joe Biden's administration announced in August a plan to roll out third shots to everyone, not just the immune compromised already able to receive them, starting from September 20

WASHINGTON - US medical experts will meet Friday to debate and vote on the controversial question of giving out booster doses of Pfizer's Covid-19 vaccine to the general population.

President Joe Biden's administration announced in August a plan to roll out third shots to everyone, not just the immune compromised already able to receive them, starting from September 20.

But experts have since expressed reservations about whether they are required, amid concerns over global inequity, the greater need to vaccinate the unvaccinated, and possible increased risk of side effects.

The skepticism extends to scientists at the Food and Drug Administration (FDA), who struck a cautious tone in documents released ahead of Friday's meeting where an independent panel has been convened.

"Overall, data indicate that currently US-licensed or authorized COVID-19 vaccines still afford protection against severe Covid-19 disease and death in the United States," the FDA said in a briefing document.

The outside experts -- including vaccinologists, infectious disease researchers, and epidemiologists -- will be tasked with voting on whether there is sufficient proof of a booster's safety and efficacy.

While their recommendation isn't binding, it is normally acted upon.

If the FDA panel votes yes, it will fall to another committee convened by the Centers for Disease Control and Prevention (CDC) on September 22-23 to decide who should receive the booster first and when they should get it.

The CDC has previously indicated it sees the elderly, nursing home residents and health care workers as likely first in line.

Any expressions of hesitancy or calls for limits on who should get boosters may be taken as a rebuke of the Biden administration, which announced the measure prior to consulting its science agencies.

Two senior FDA officials signed on to a letter in The Lancet this week that said "booster doses for the general population are not appropriate at this stage in the pandemic."

Pfizer's briefing documents show it plans to cite studies that demonstrated waning immunity against infection several months out from the first two doses.

But a growing body of US research has shown two doses continue to confer high protection against severe outcomes -- albeit at slightly diminished levels for the elderly.

Pfizer will also present data showing boosters increased antibody levels against the Delta variant, as well as research from Israel, which ran a booster campaign for the general population, to help make its case.

For its part, the FDA said in its document that not all studies are reliable and it believes US-based research "may most accurately represent vaccine effectiveness in the US population."