US reels from deadly synagogue attack 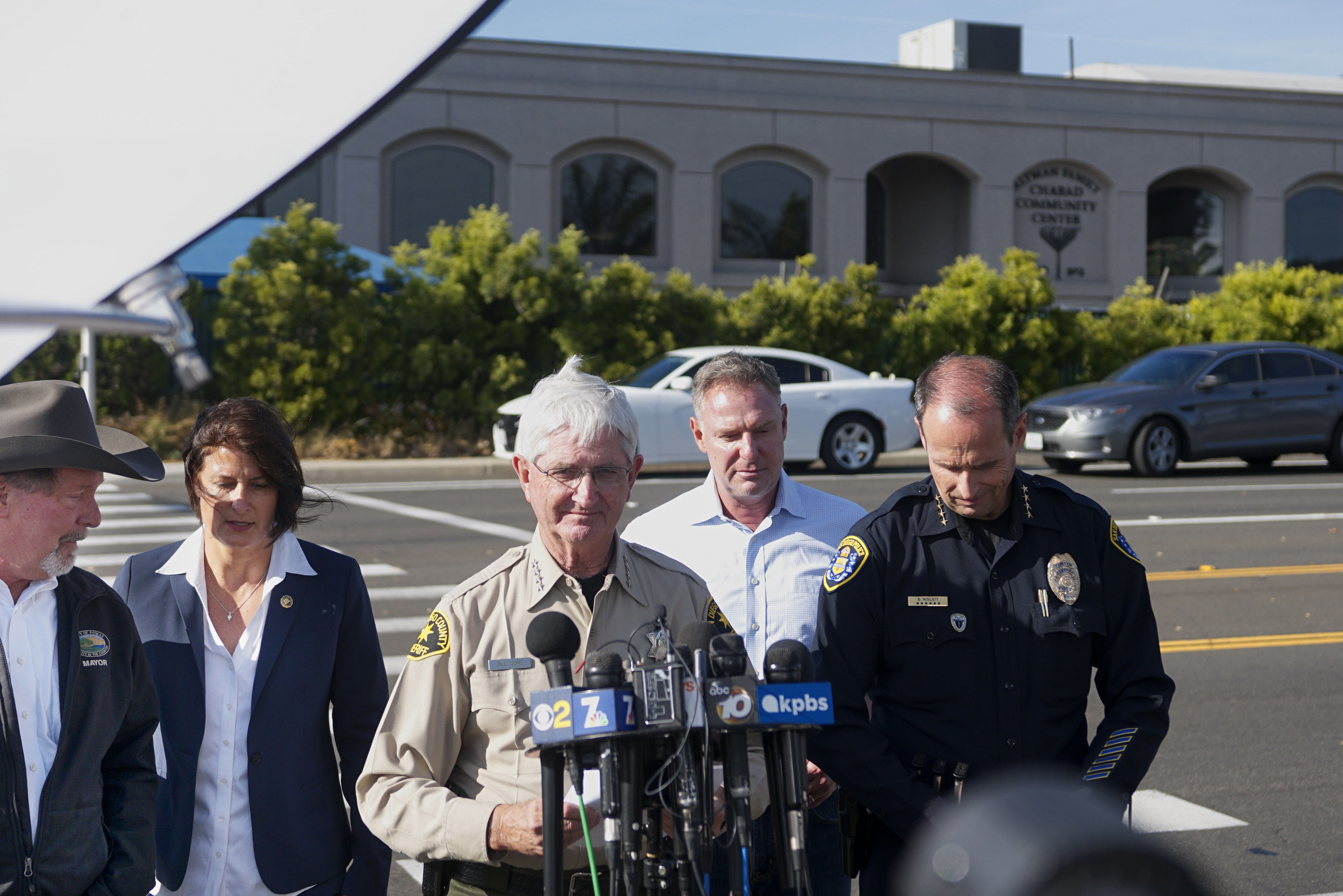 San Diego County Sheriff Bill Gore addresses the media in front of the Chabad of Poway Synagogue after a shooting on April 27, 2019 in Poway, California.

POWAY - A teenage gunman who wrote a hate-filled manifesto opened fire at a synagogue in California on Saturday, killing one person and injuring three others including the rabbi as worshippers marked the final day of Passover, authorities said.

The shooting in the town of Poway, north of San Diego, came exactly six months after a white supremacist killed 11 people at Pittsburgh's Tree of Life synagogue - the deadliest attack on the Jewish community in US history.

San Diego County Sheriff Bill Gore said those wounded included the rabbi - who had injuries to both index fingers - as well as a female minor and 34-year-old man who was injured by shrapnel.

A 60-year-old woman died from her wounds.

Gore identified the suspect, who was arrested after fleeing the scene, as 19-year-old John Earnest and said he had no prior arrest record.

He said Earnest burst into the Chabad of Poway synagogue - where there were around 100 people - shortly after 11:20 am local time and opened fire with an assault weapon that appears to have malfunctioned, preventing him from inflicting more harm.

Gore said an off-duty border patrol agent who was at the synagogue at the time of the shooting opened fire on the gunman as he was fleeing, striking his car but missing the suspect.

"He clearly saw the suspect's vehicle, the suspect jumped out with his hands up and was immediately taken into custody by the San Diego police department," Nisleit said.