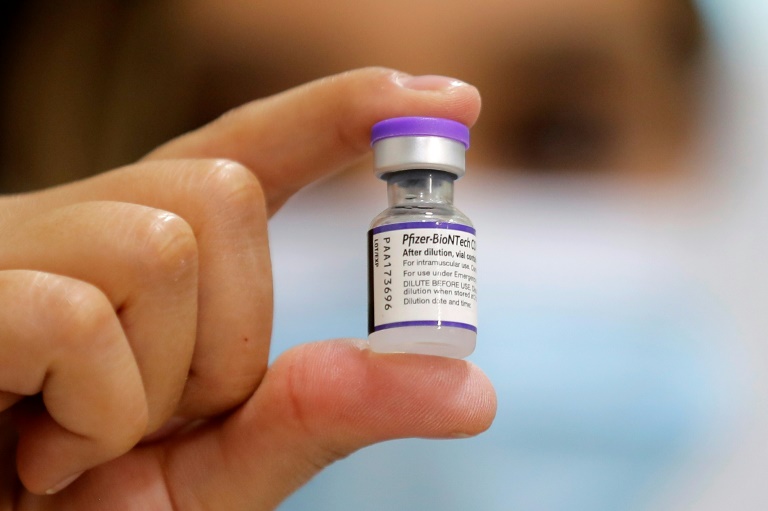 US vaccine shipments to Africa reflect President Joe Biden's ambition to make the United States the 'arsenal of vaccines in our fight against Covid-19'. AFP/Javier Torres

WASHINGTON - The United States shipped nearly 1.9 million Covid-19 vaccine doses to Mozambique and four other African countries in the latest surge of donations, a US official said.

"Thanks to the US commitment to playing a leading role in ending the pandemic everywhere," Mozambique will receive 840,000 Johnson & Johnson doses, the official said.

All the shipments are being made in partnership with the African Vaccine Acquisition Trust, except for those going to Eswatini, which are through Covax, the global distribution initiative co-led by public-private partnership Gavi.

The shipments reflect President Joe Biden's ambition to make the United States the "arsenal of vaccines in our fight against Covid-19," the official said.

The "administration understands that putting an end to this pandemic requires eliminating it around the world. In addition to the $2 billion donated to Covax, the US government has purchased 500 million Pfizer-BioNTech vaccines to distribute through the year to the African Union and 92 low and lower middle-income countries," the official said.

Last month, the White House said it had crossed the milestone of 400 million vaccine doses delivered to 112 countries.

Washington has pledged eventually to send 1.1 billion shots to the rest of the world -- more than any other country -- and has already sent vaccines to countries ranging from Guatemala to Papua New Guinea.

Covid infections and deaths surged across Africa in December, like much of the rest of the world, with the emergence of the Omicron variant, but new infections are now quickly receding.