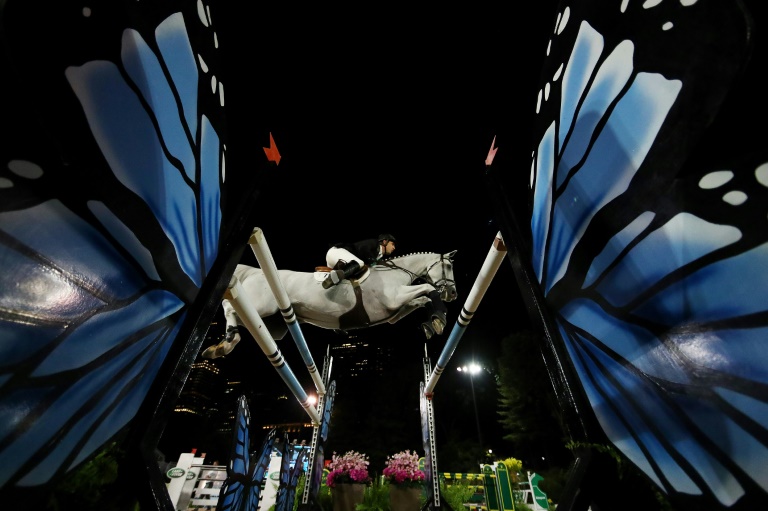 LOS ANGELES - US showjumper Andrew Kocher was banned for 10 years by the International Equestrian Federation on Thursday for using electric spurs on horses, the US federation "unequivocally" supporting the punishment.

The FEI had opened an investigation of Kocher last June after an allegation that he had used spurs that delivered an electric shock was reported to the independent Equestrian Community Integrity Unit (ECIU).

Formal disciplinary proceedings were launched in October, when Kocher was provisionally suspended.

His term of suspension is therefore deemed to have started on 28 October 2020 and will run through 27 October 2030.

Kocher was also disqualified from eight events between June 2018 and November 2019, fined 10,000 Swiss Francs and ordered to pay costs of 7,500 Swiss Francs.

During his suspension, Kocher is barred from participating in or attending, in any capacity, including as a spectator, any competition or event that is authorised or organised by the FEI or any national federation.

"The United States Equestrian Federation (USEF) unequivocally supports the decision of the FEI Tribunal to suspend athlete Andrew Kocher for 10 years and disqualify his results from eight events between June 2018 and November 2019 for the use of electric spurs," the US federation said in a statement.

USEF jumping Chef d'Equipe Robert Ridland added: "The US Jumping Team does not tolerate any form of cheating or horse abuse and fully stands behind the outcome of the FEI Tribunal decision.

"Horses are our willing and trusted partners in sport and deserve our ultimate care and respect in the pursuit of excellence."

Kocher, who has denied using electric shock devices on his horses, has 21 days to appeal the sanction.