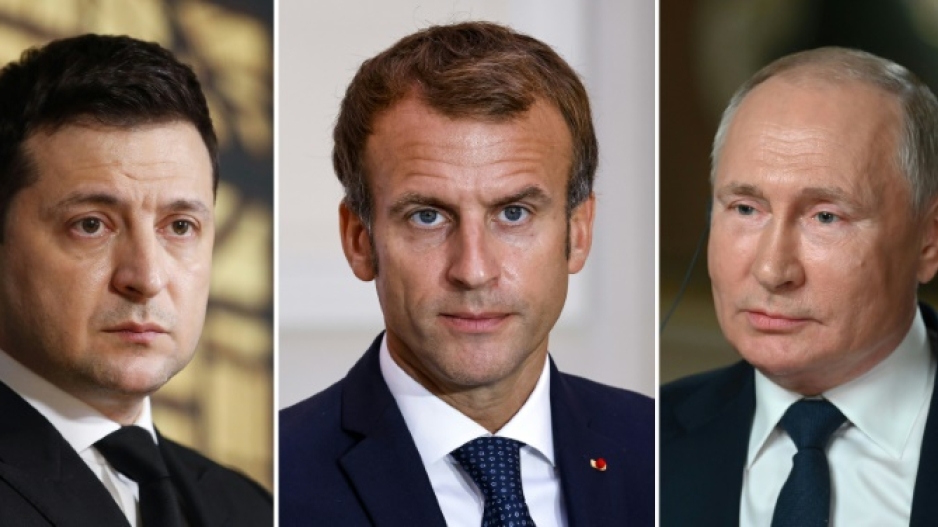 WASHINGTON - The French president's visit to Russia this week drew a chorus of cautiously optimistic comments about averting an invasion of Ukraine but the United States has stayed conspicuously reticent about the diplomatic mission.

Since Emmanuel Macron met Monday with President Vladimir Putin to try to defuse the crisis on the Russia-Ukraine border, US officials have either remained silent or even sounded skeptical about what European countries have called progress in averting war.

US officials have openly expressed doubt about what Macron said were assurances he obtained from Putin to the effect that there will be no further Russian escalation.

Russia now has more than 100,000 troops and a vast array of weaponry and other material assembled on the border with its pro-Western neighbor, with the US and European countries fearing it could invade.

"Certainly, if there was diplomatic progress, we would welcome that but we will believe it when we see it with our own eyes at the border," White House press secretary Jen Psaki said Tuesday while major US news outlets highlighted statements from the Kremlin that could temper France's upbeat tone.

The day after the Macron trip, as if to downplay any promise Russia may have made to France, the Pentagon said Russia continued to beef up its forces on the border.

On Thursday, Moscow rolled its tanks across Belarus for live-fire drills that drew an ominous warning from NATO. Russia also sent six warships through the Bosphorus for planned naval drills on the Black Sea and the neighboring Sea of Azov.

Kyiv has condemned both actions.

Deputy Secretary of State Wendy Sherman told MSNBC on Thursday that major military maneuvers launched in Belarus by that country's forces and others from Russia amount to "in our view, an escalation, not a de-escalation."

Washington at first largely avoided even commenting on Macron's visit, saying it wanted to hear directly from the French president. 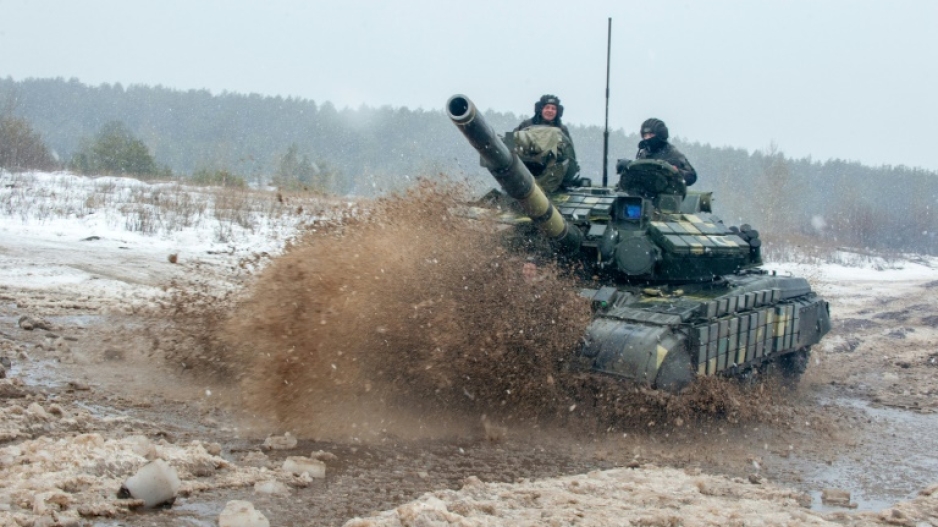 Ukrainian Military Forces servicemen of the 92nd mechanised brigade use tanks, self-propelled guns and other armoured vehicles to conduct live-fire exercises near the town of Chuguev, Kharkiv region on February 10, 2022

That partially changed on Wednesday

President Joe Biden spoke by telephone with Macron and their foreign ministers followed on Thursday. But US statements released afterward said very little.

The State Department did not even allude to the Macron visit. It referred more broadly in a statement to "joint efforts by NATO Allies, EU partners, G7 members, and other partners to address Russia's continued military build-up on Ukraine's borders."

Still, the United States insists there is unprecedented coordination with its allies in this crisis, and French and other European diplomats readily agree: Biden and Macron have spoken on the phone three times in eight days.

"The United States welcomes these initiatives because they allow for sending more messages to Moscow, insofar as they are coordinated beforehand and there will be no dissonance among allies," said Pierre Morcos, a French researcher at the Center for Strategic and International Studies in Washington.

Western countries are united in the threat of severe economic sanctions against Russia if it does invade Ukraine, although, Morcos said, "Paris tries to stress the diplomatic route and invest all it can in it."

"For now, the United States has cautiously supported Macron's effort at diplomacy. But skepticism runs high, as Washington believes Putin is determined to invade either way," wrote Celia Belin, a French researcher at the US think tank Brookings Institution.

In an article published Thursday on the website of the journal Foreign Affairs, Belin said that "in contrast to the United States and other Western powers, Macron has suggested that Russia is 'legitimate' in stating that its security needs should be discussed."

She said this reflects a French desire for renewed dialogue with Russia and a retooling of Europe's security architecture so it relies less on the United States.

But Macron, Belin said, "must tread lightly in order not to appear to be opening a rift among allies at a time when unity is the best deterrence against Russia."