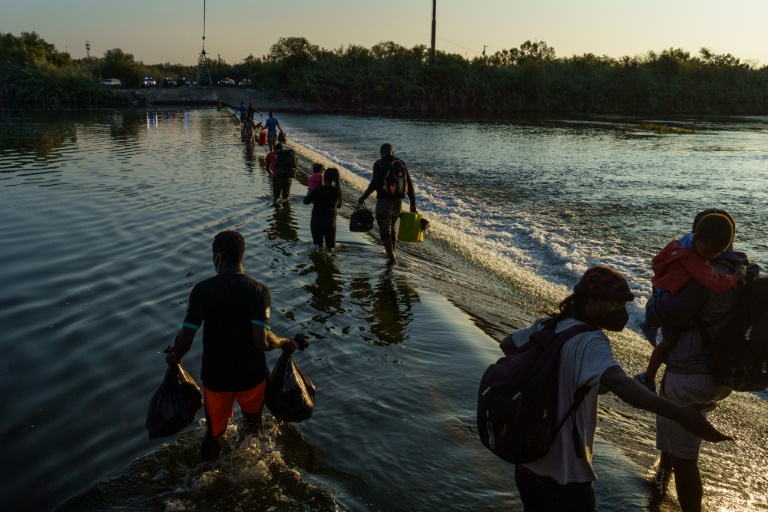 The United States said Saturday it would step up the number of so-called "removal flights" for thousands of migrants who flooded into the Texas border city of Del Rio, in a bid to alleviate a burgeoning crisis for President Joe Biden's administration.

The migrants who poured into the city, many of them Haitian, were being held in an area controlled by US Customs and Border Protection beneath the Del Rio International Bridge, which carries traffic across the Rio Grande river into Mexico.

Video footage showed thousands of people under and around the bridge. US media put the total figure at close to 14,000.

CBP has dispatched 400 additional personnel to "improve control of the area," the Department of Homeland Security said in a statement, unveiling its plans to contain the situation.

The port of entry at Del Rio has been temporarily closed, and traffic is being rerouted to relieve the bottlenecks that had formed at the bridge.

Homeland Security said it would "secure additional transportation to accelerate the pace and increase the capacity of removal flights to Haiti and other destinations in the hemisphere within the next 72 hours."

The statement also said the Biden administration was taking action to "reduce crowding and improve conditions for migrants on US soil," and working with "source and transit countries in the region" to accept those who previously lived in those countries.

CBP has been overwhelmed by the number of migrants crossing the border from Mexico seeking admittance to the United States, as well as an influx of migrants from Afghanistan in the wake of the Taliban's takeover of that country.

Political pressure had mounted on Biden to address the issue of immigration, with both Republicans and his fellow Democrats calling for quick action.

The US government processed and mostly expelled more than 200,000 migrants at the border in both July and August, the highest numbers in more than a decade.

Some said Biden's decision in late July -- after Haitian president Jovenel Moise's assassination -- to allow Haitians without US visas at the time to remain in the country offered an incentive for others to come.

"10,503 illegal aliens are under this bridge tonight because Joe Biden made a political decision to cancel deportation flights to Haiti," Texas Republican Senator Ted Cruz tweeted on Thursday.

But in Saturday's statement, the Department of Homeland Security said "regular expulsion and removal flights" were ongoing to Haiti, Mexico, Ecuador, and countries in Central America's Northern Triangle -- Guatemala, El Salvador and Honduras. 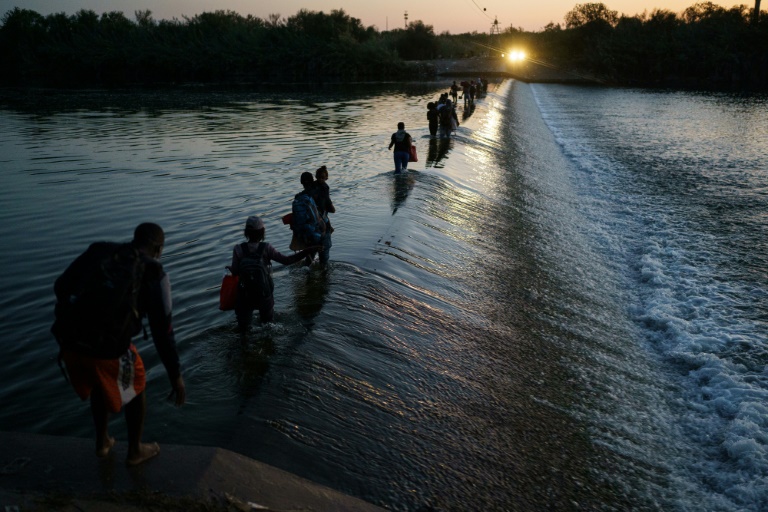 The number of Haitians crossing the southwest border into the United States has been surging for months.

Many come from South America, where they may have migrated to years ago, especially after the country's January 2010 earthquake.

CBP said the "majority of migrants" would be expelled under the government's Title 42 policy curtailing immigration due to the Covid-19 pandemic.

"Those who cannot be expelled under Title 42 and do not have a legal basis to remain will be placed in expedited removal proceedings," CBP said.

Biden promised a more humane approach to immigration as compared to his predecessor Donald Trump, but the veteran Democrat has fought to stem the tide of migrants crossing the border since he took office in January.

Most are sent back, but many families and almost all unaccompanied minors are permitted to stay.