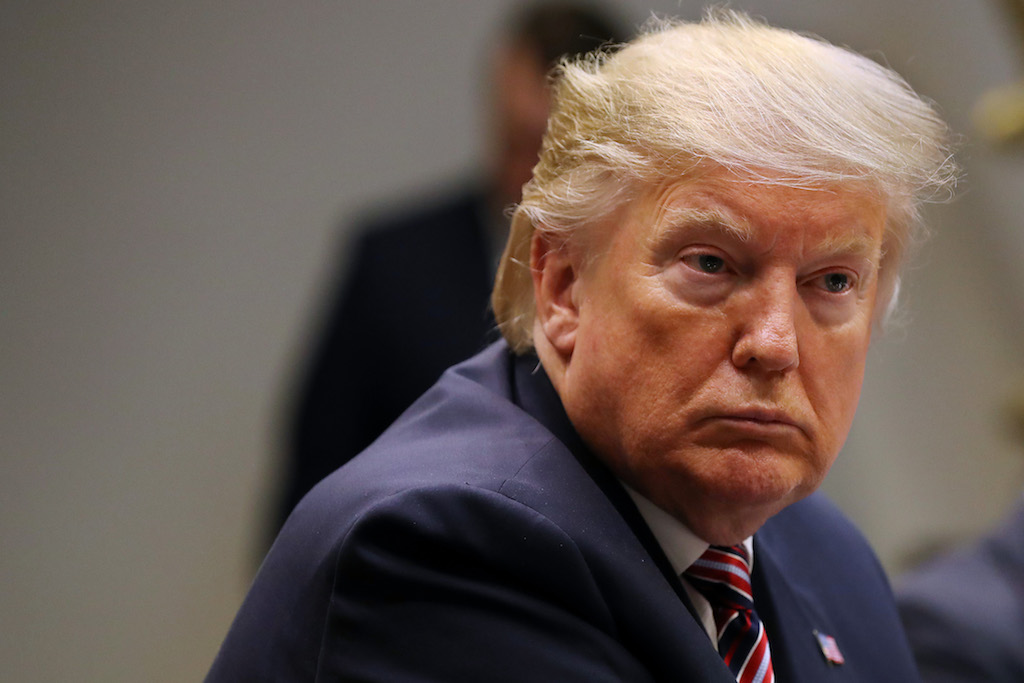 File: If the White House and Republicans have their way, President Donald Trump's trial will be over in two weeks.

WASHINGTON - The US Supreme Court agreed Friday to hear cases next year involving the release of President Donald Trump's tax returns and financial records, setting the stage for a potential blockbuster ruling during the presidential election campaign.

Trump has been seeking to block access to his tax returns and other records in cases brought by New York prosecutors and Democratic-controlled committees in the House of Representatives.

Lower courts have ruled that Trump must turn over the documents, but lawyers for the president appealed to the nation's highest court, arguing that as chief executive, he has blanket immunity.

"We are pleased that the Supreme Court granted review of the president's three pending cases," Jay Sekulow, Trump's personal attorney, said in a statement. "These cases raise significant constitutional issues.

"We look forward to presenting our written and oral arguments."

The Supreme Court - where conservative judges are in the majority - said it will hear arguments in March with a decision to be issued before the court session ends June 30.

Two of the five conservative justices on the nine-member court - Neil Gorsuch and Brett Kavanaugh - were appointed by Trump, who made a fortune in real estate before running for president in 2016.

A Supreme Court ruling in the case would come less than six months before Americans go to the polls in November.

Trump is the first US president since Richard Nixon not to make his tax returns public, claiming they are under audit by the Internal Revenue Service.

Democrats in the House of Representatives have turned to the courts to force the release of his tax returns and other records in cases that are considered a crucial test of the separation of powers.

In those cases, the committees have issued subpoenas for records from Deutsche Bank and the president's accounting firm, Mazars USA.

Manhattan District Attorney Cyrus Vance Jr has demanded Trump's tax returns dating back to 2011 as part of an investigation into payments made by Michael Cohen, the president's former personal attorney, to Stormy Daniels, an adult film actress who claimed to have had a sexual liaison with Trump before he ran for president.

A federal appeals court ruled that Trump must hand over the documents, but the president's attorneys appealed, arguing that he enjoys immunity from both prosecution and investigation.

In the New York case, Trump's lawyers said the Constitution provides for impeachment as the remedy to remove a president.

"A lone county prosecutor cannot circumvent this arrangement," they said. "That the Constitution would empower thousands of state and local prosecutors to embroil the President in criminal proceedings is unimaginable."

Trump is facing impeachment, and the House of Representatives is expected to vote next week on whether he should be impeached for abuse of power and obstruction of Congress.

In the cases brought by the congressional committees, Trump's lawyers argued that turning over a president's personal records to Congress would create a dangerous precedent.

"Given the temptation to dig up dirt on political rivals, intrusive subpoenas into personal lives of Presidents will become our new normal," they said.

Top Democratic lawmaker Nancy Pelosi said Friday that courts have recognized that "the Committees' subpoenas of the President's financial records are valid and enforceable."

"We are confident that the Supreme Court, the highest court in the land, will uphold the Constitution, the rulings of the lower courts and ensure that Congressional oversight can proceed," she said.