US swimmer may compete again at World Champs after rescue 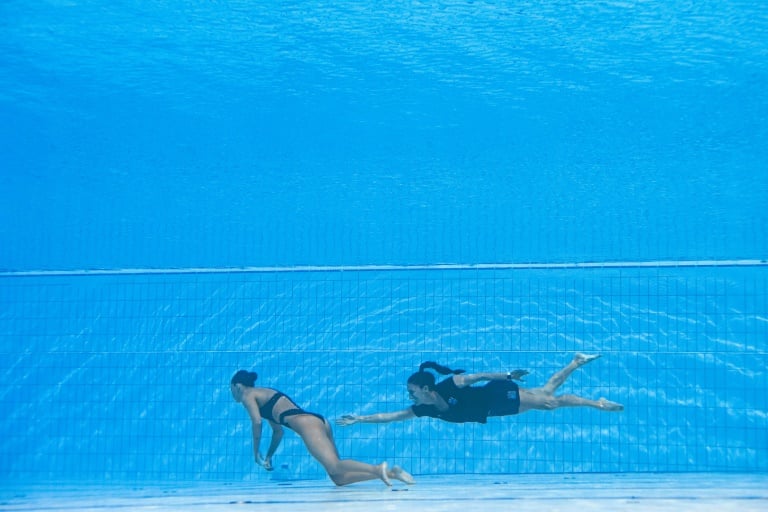 BUDAPEST - Artistic swimmer Anita Alvarez, who was dramatically rescued from the bottom of the pool after fainting, has yet to decide whether to return for her final event, the team said on Thursday.

Coach Andrea Fuentes had to leap in to rescue Alvarez, who had sunk to the bottom of the pool and was not breathing after passing out at the conclusion of her routine during Wednesday night's solo free final.

"Anita is doing fine and taking today to rest. She has been fully evaluated by both our team doctor and event medical staff. She currently has one final event left to participate in at the 2022 World Championships and she will decide if she feels up to compete tomorrow if she is cleared medically," said Alyssa Jacobs, spokeswoman for the team.

The 25-year-old Alvarez is in the US team for the Team Free Final on Friday.

"This happened to her once last year at the Olympic Qualification Tournament when competing her duet," said Jacobs. "Prior to that, she has had sporadic issues with fainting but never in competition."

The USA artistic team released a statement from Fuentes on Thursday morning, saying Alvarez had fainted due to the effort expended during the routine.

"We sometimes forget that this happens in other high-endurance sports. Marathon, cycling, cross country ...our sport is no different than others, just in a pool, we push through limits and sometimes we find them."

"Anita feels good now and the doctors also say she is OK." 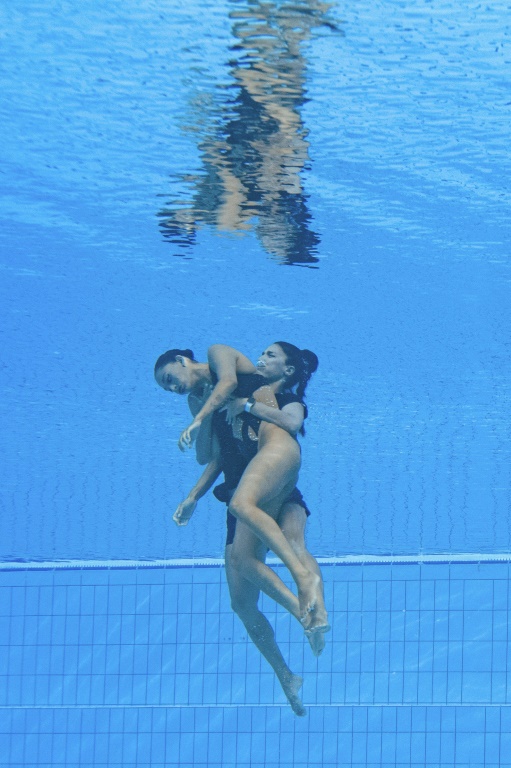 On Wednesday, Fuentes, dressed in shorts and a T-shirt, dived to the bottom of the pool and dragged Alvarez to the surface.

"It was a big scare. I had to jump in because the lifeguards weren't doing it," Fuentes was reported as saying by Spanish media.

"When I saw her sinking, I looked at the rescuers, but I saw that they were stunned. They didn't react."

"I thought, 'Will you jump in now?' My reflexes kicked in."

On Thursday, Bela Merkely, the head of the Hungarian medical service, told local media that staff had followed "extremely strict FINA rules" that "determine when lifeguards can intervene."

"Under the rules, members of the judges panel delegated by FINA may jump into the pool to signal that a competition program may be interrupted due to any incident," Merkely said.

"No such signal was received from the judges during Wednesday’s final, and no matter if a coach signals to them they are not allowed to intervene."

"After the coach jumped into the pool at her own risk, the local lifeguards, sensing the danger....decided to intervene immediately, so the American competitor finally got out of the pool with their help."

FINA also pointed out that the incident had ended well.

"FINA has been in close contact with Anita Alvarez, her team and the medical staff following a medical emergency during the solo free final of the artistic swimming," it said in a statement. "Ms Alvarez was immediately treated by a medical team in the venue and is in good health."