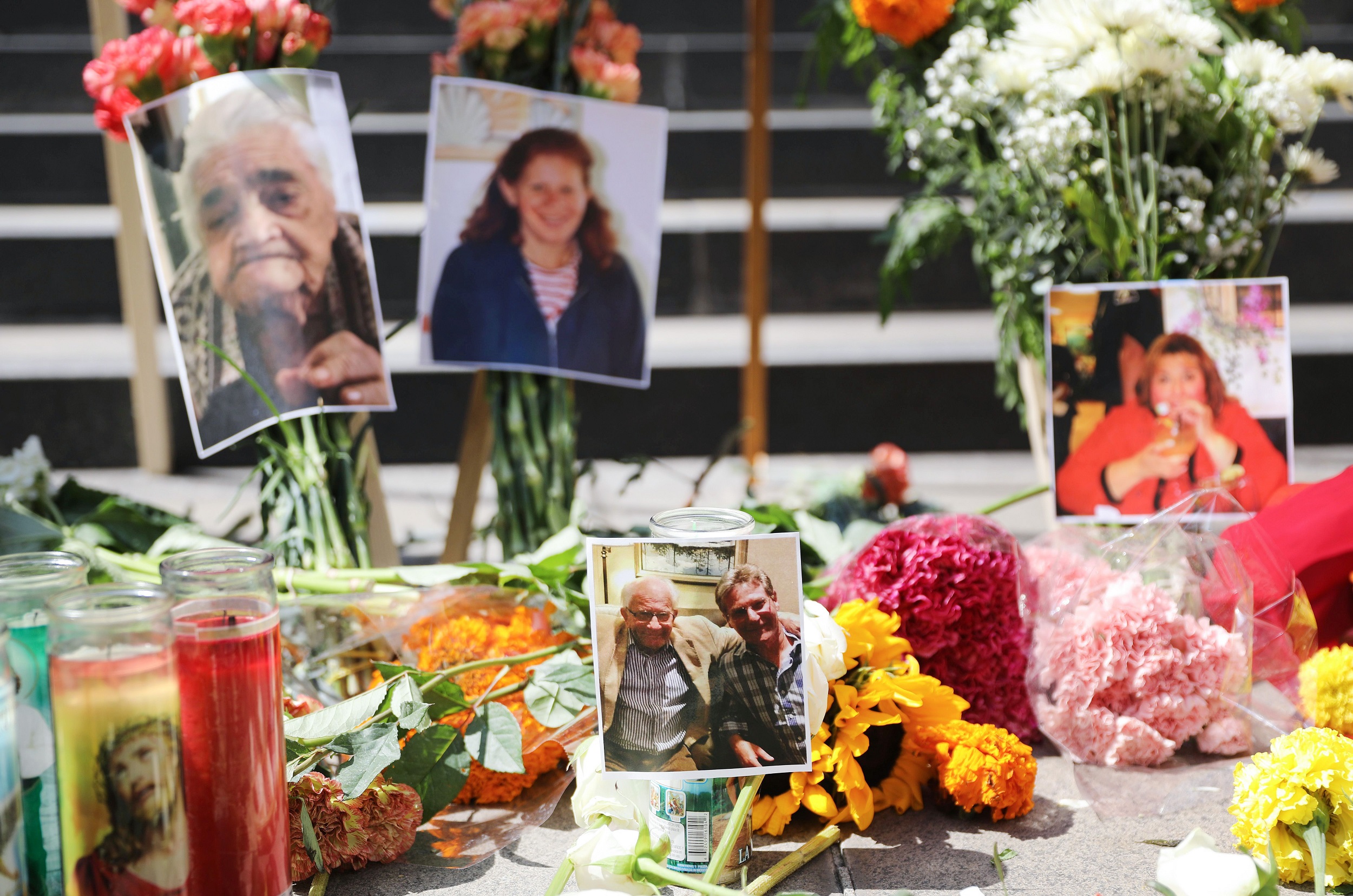 Photos of the deceased are displayed at a public memorial honouring the Los Angeles County residents who have died due to COVID-19. AFP/Mario Tama

NEW YORK - US coronavirus deaths passed a quarter of a million people as New York announced it would close schools to battle a rise in infections and anti-restriction protests in Europe turned violent.

America has now registered 250,426 fatalities, according to a running tally by Johns Hopkins University, by far the highest reported national death toll.

US states and cities were imposing a raft of new restrictions, including home confinement, the closure of indoor dining and a limit on gatherings as cases soar across the country, with more than 157,950 new infections recorded over the past 24 hours on Wednesday.

"We must fight back the second wave of COVID-19," he said.

The toughened measures in America's most-populous city came despite pharma giant Pfizer boosting hopes of a possible end to the pandemic by announcing improved results for its vaccine.

Europe meanwhile remains the hardest-hit region, accounting for 46 percent of new global cases and 49 percent of deaths last week, according to the World Health Organization (WHO).

Its figures additionally showed the only region where cases and deaths declined last week was Southeast Asia.

Worldwide, more than 1.3 million people have died of Covid-19 and over 55 million have been reported infected with the virus since it first surfaced in China late last year, according to a tally from official sources compiled by AFP.