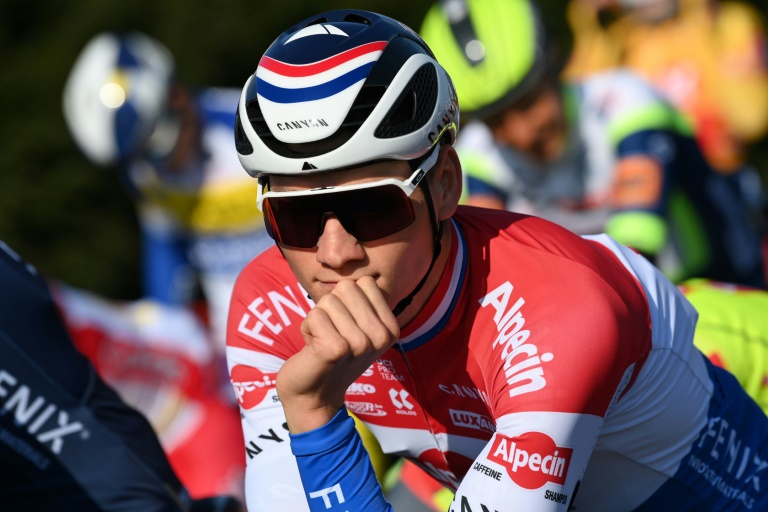 Van der Poel, who has a string of one-day and cyclo-cross titles, will be making his Tour debut as will team-mates Tim Merlier, Jonas Rickaert and Kristian Sbaragli.

The four other riders on the Belgian team have all raced the Tour before.

Belgian Xavier Meurisse is the only climber and the team's best chances come in flat or rolling stages.

It has two strong Belgian sprinters in Tim Merlier, winner of a stage in the recent Giro, and Jasper Philipsen. Van der Poel and new Swiss champion Silvan Dillier are capable of dangerous, punchy longer-range attacks.

Van der Poel is the 26-year-old son of Adri van der Poel and grandson of French champion Raymond Poulidor, who died in November 2019 and is famed for finishing on the Tour de France podium eight times between 1962 and 1976 without ever winning the race.

Van der Poel will be racing his first grand tour. The four-time world cyclo-cross world champion said earlier this year that the mountain-biking gold at the Tokyo Olympics was his target but he owed it to his team's sponsors to race the Tour.

Alpecin, who have sponsored now-defunct German and Russian based teams, switched to the Belgian team, with strong roots in cyclo-cross, this season.