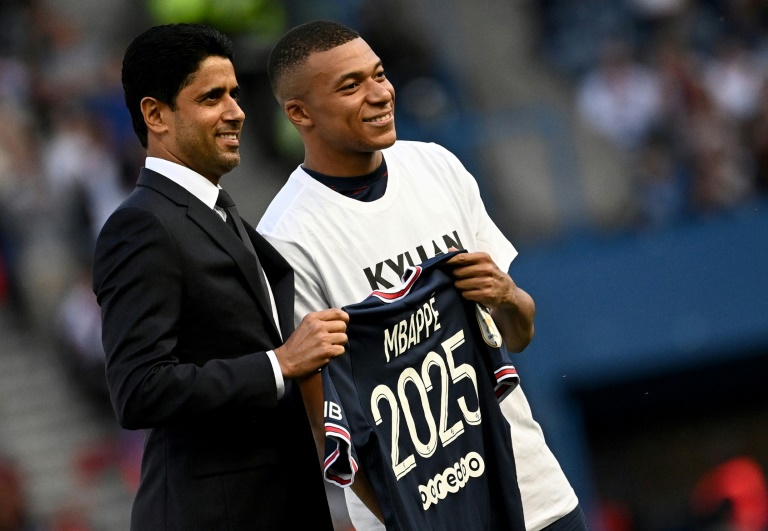 PARIS - Kylian Mbappe said he was "very happy" to stay at Paris Saint-Germain after the club announced that the World Cup winner was rejecting Real Madrid to remain in France until 2025.

"I am very happy to stay in France, in Paris, in my city," Mbappe told supporters on the Parc des Princes pitch before he marked his new deal with a hat-trick in PSG's 5-0 win over Metz in their final Ligue 1 match of the season in Saturday.

Standing next to PSG president Nasser al-Khelaifi, Mbappe said: "I hope I'm going to be able to continue to do what I like most -- winning football matches and trophies with all of you."

Mbappe's hat-trick on Saturday took his total of league goals for the season to 28 as he finished as Ligue 1's leading scorer for a fourth straight campaign.

Real Madrid had pursued Mbappe for months and had reportedly agreed a deal which would have included a signing-on fee of 150 million euros ($158 million).

Mbappe had made no secret of his desire to play one day for Real, who will face Liverpool in the Champions League final in Paris next weekend after securing a 35th La Liga championship.

But PSG, who won the French title for a record-equalling 10th time but angered their hardcore supporters with their exit against Real in the last 16 of the Champions League, have battled to hold on to their biggest asset.

"I found out that he was staying just a few minutes before the announcement," admitted PSG coach Mauricio Pochettino, who is widely expected to leave the club this close season despite having a year to run on contract.

The president of Spain's La Liga, Javier Tebas, complained bitterly on Saturday that the massive financial resources of PSG's Qatari owners had proved decisive in persuading Mbappe to stay in France. 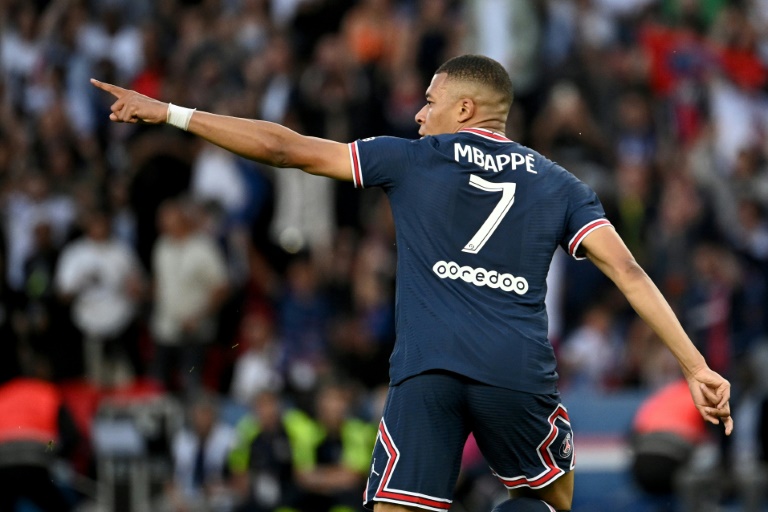 "What PSG is doing by renewing Mbappe with large sums of money...after posting losses of 700 million euros in recent seasons and having a wage bill of over 600 million euros, is an INSULT to football," Tebas tweeted.

La Liga announced in a statement it was launching an official complaint about PSG's actions "to UEFA, the French administrative and fiscal authorities and the appropriate decision-making bodies of the European Union".

In his tweet, Tebas also called Khelaifi "a danger to European football".

Khelaifi is the chairman of the influential European Club Association and sits on the UEFA Executive Committee.

Mbappe will now line up next season alongside Neymar and probably Lionel Messi -- assuming he stays at the club -- to help PSG in their protracted quest to land the Champions League, the title that has so far eluded them.

Real Madrid fans were bemused after the widely-hyped move collapsed.

"Now I don't want him to come to Real Madrid anymore. It's not worth it," David Pulido, a 42-year-old Real supporter, told AFP.

"Mbappe played on both fronts. First, he wanted to come to Madrid, and now for the money, he stays at PSG. I have no interest in Mbappe anymore, I'm sorry. He's a great player. I liked him at times, but not any more."

Mbappe joined PSG on a season-long loan from Monaco in August 2017 that turned into a permanent deal worth 180 million euros.

He has helped the club win four Ligue 1 titles in five seasons, having also won a championship in the principality.

In the Champions League exit to Real this season, Mbappe scored in both legs of the tie, but could not prevent PSG from losing 3-2 on aggregate.

Last week he was named France's player of the year for a third time in four seasons -- the exception being in 2020 when no winner was crowned due to the pandemic.

He will be a key figure when France attempts to defend the World Cup in November and December.

The president of the Real Madrid supporters' associations, Luis Caceres, told Spanish radio station Cadena Cope: "Real Madrid have won 13 Champions Leagues without Mbappe. He will not be missed."