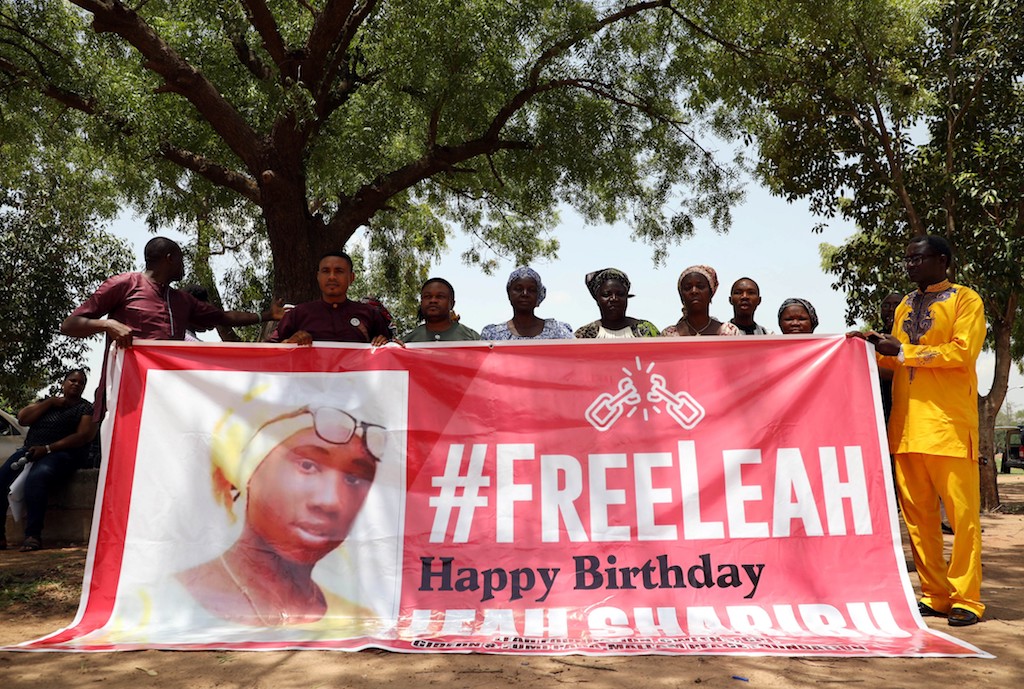 Relatives of schoolgirl Leah Sharibu who was abducted by Boko Haram Islamists hold banner to press for her release during an event to mark her 16th birthday and two years in captivity.

LAGOS - Zamfara State is reeling from a spate of attacks, with 203 crime-related deaths and 281 kidnappings in the first three months of 2019, according to Nigeria's top police officer, Mohammed Adamu.

This is nearly half the 685 kidnappings countrywide in the first quarter of the year -- an average of seven per day.

In Nigeria, kidnappings for ransom have been a risk in the oil-rich south for decades.

But in recent years, the practice has spread to other areas, with northwest Nigeria -- the home region of President Muhammadu Buhari -- an increasingly concerning criminal front.

The number of reported abductions across the country is rising, according to security experts.

The causes are multiple, including difficult economic times and overstretched security forces facing threats on several fronts -- Islamist insurgents and land battles between herders and farmers.

The typical kidnapper profile has changed dramatically in recent years -- as has that of their victims, said Nnamdi Obasi from the International Crisis Group (ICG) think tank.

And while they previously targeted "relatively well-to-do and high net-worth individuals", today "abductions are increasingly indiscriminate and everyone, rich or poor, is at risk," said Obasi.

Targeted operations within the last week have led to the arrest of 93 suspected kidnappers across northern Nigeria, with dozens of automatic weapons confiscated, police said.