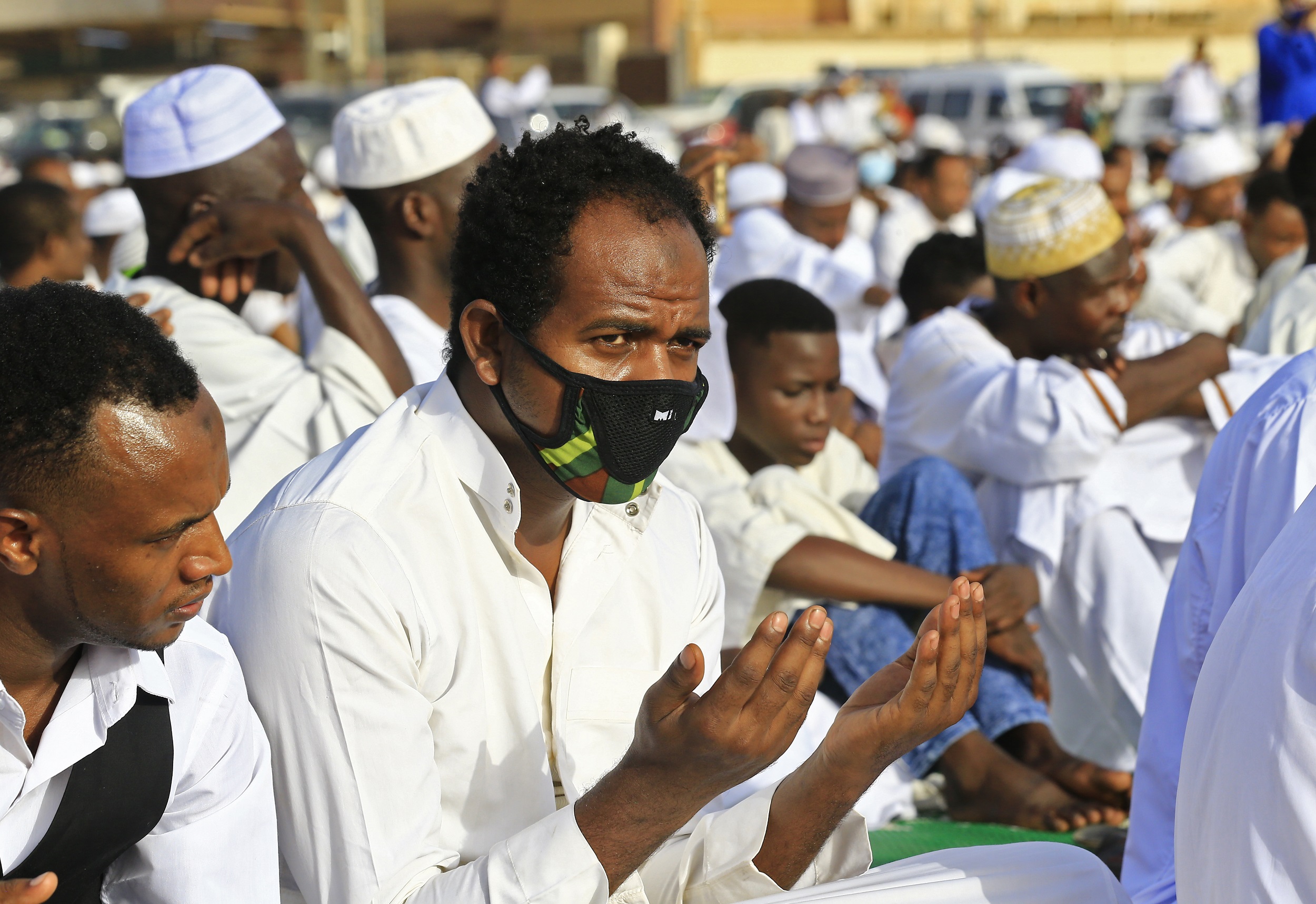 Muslim worshippers in Sudan, some clad in masks, gather for the prayers of Eid al-Fitr. The Muslim holiday starts at the conclusion of the holy fasting month of Ramadan.

RIYADH, Saudi Arabia - Muslims around the world began marking a sombre Eid al-Fitr Sunday, many under coronavirus lockdown, but lax restrictions offer respite to worshippers in some countries despite fears of skyrocketing infections.

The festival, one of the most important in the Muslim calendar marking the end of the holy month of Ramadan, is traditionally celebrated with mosque prayers, family feasts and shopping for new clothes, gifts and sweet treats.

But this year, the celebration is overshadowed by the fast-spreading respiratory disease, with many countries tightening lockdown restrictions after a partial easing during Ramadan led to a sharp spike in infections.

Further dampening the festive spirit, multiple countries -- from Saudi Arabia to Egypt, Turkey and South Africa -- have banned mass prayer gatherings, a festival highlight, to limit the spread of the disease.

Eid prayers will be held at the two holy mosques in the cities of Mecca and Medina "without worshippers", authorities said on Saturday, citing a royal decree.

Mecca's Grand Mosque has been almost devoid of worshippers since March, with a stunning emptiness enveloping the sacred Kaaba -- a large cube-shaped structure towards which Muslims around the world pray.

In Lebanon, the highest Sunni religious authority has announced the reopening of mosques only for Friday prayers. Worshippers, however, will be subject to temperature checks and sanitary controls before they enter.