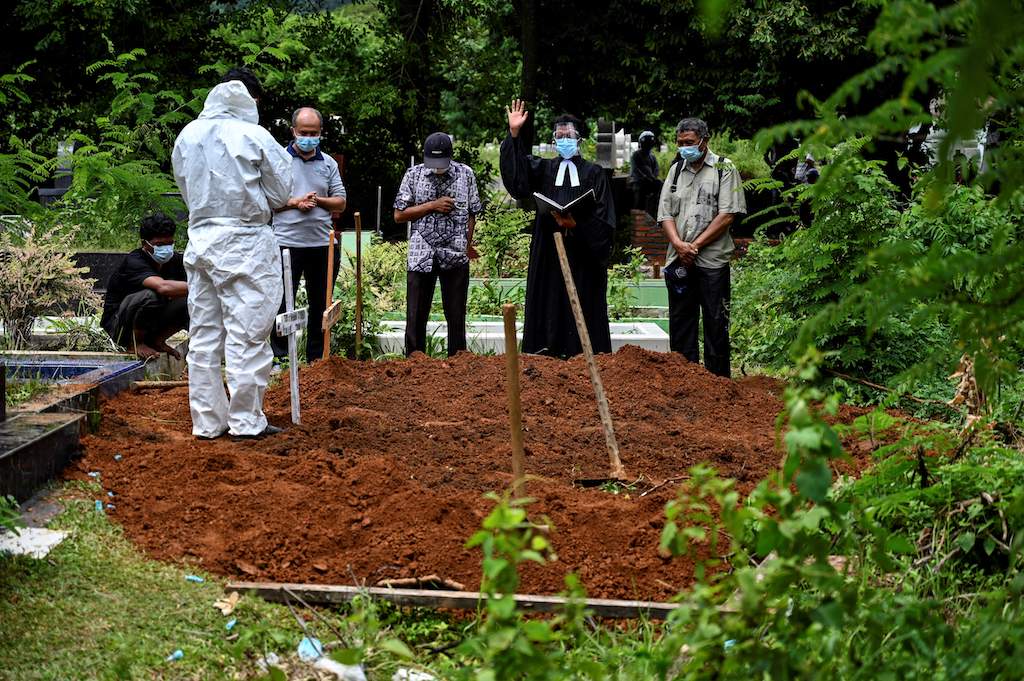 Relatives pray after lowering the coffin of a victim of the COVID-19 coronavirus at a cemetery at Darul Imarah the outskirt of Banda Aceh. AFP/Chaideer Mahyuddin

JAKARTA -Indonesia's coronavirus death toll topped 100,000 on Wednesday as the country struggles to control the spread of the Delta variant.

Southeast Asia's biggest economy has now detected Delta in dozens of regions since it was first found in the archipelago in June.

Scores of Indonesians are dying at home, unable to access hospital care or medical oxygen supplies as health care facilities are stretched to the limit.

More than 3.5 million infections have been recorded to date though official figures are widely believed to be an underestimate.

"The deaths happened... mainly because of lateness to recognise the severity of the symptoms and to refer patients," said Covid-19 taskforce spokeswoman Siti Nadia Tarmizi.

LaporCovid, an NGO that has developed a citizen reporting platform for COVID-19 data, said more than 2,600 patients died at home between the beginning of June and July 24.

Indonesia announced stricter restrictions on 3 July and has extended the policy twice in areas where infection numbers and hospital bed occupancy rates are high.

Offices, shopping malls and schools are closed while dining in at restaurants is limited to 20 minutes.