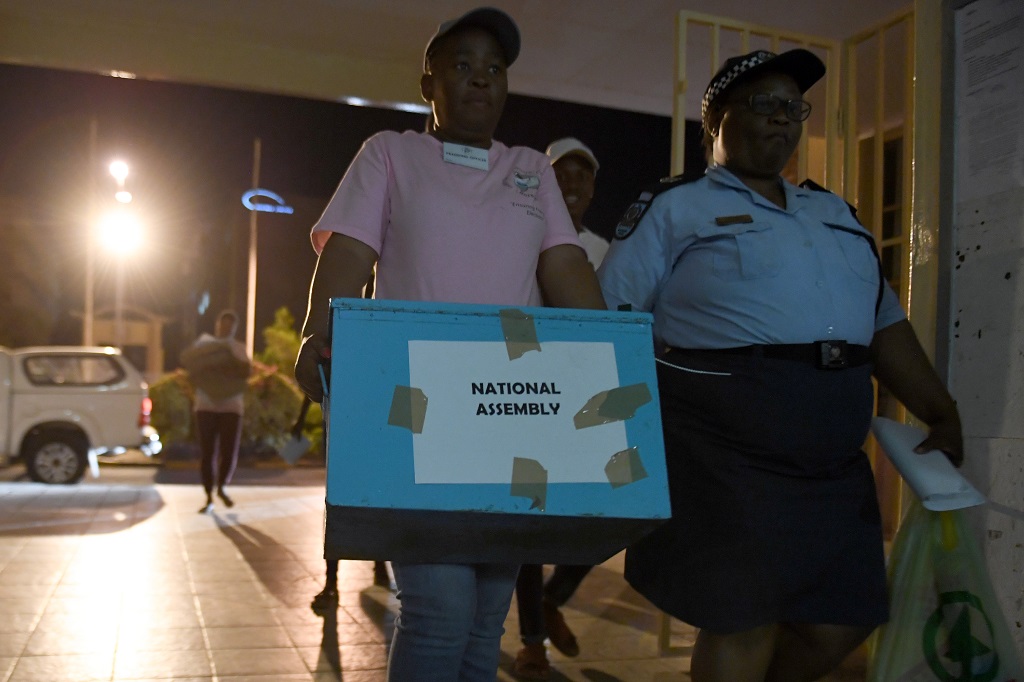 A polling officer is accompanied by a police officer as she brings a ballot box to a counting centre in the Ledumang Senior Secondary school, Gaborone.

Botswana Democratic Party has been governing since the country gained independence.

WATCH: It's voting day in Botswana

Boko promised to drive economic transformation during the campaign trail.

But the pair fell into a bitter power struggle over cabinet posts, among others.​