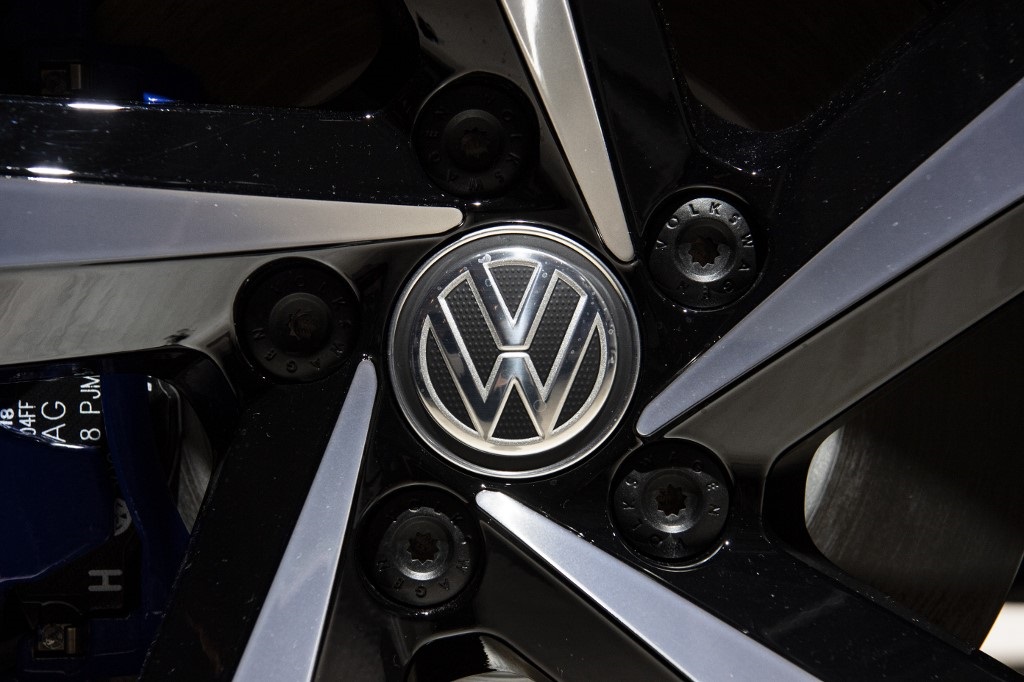 A Volkswagen logo appears on the wheel of a VW Passat GTE Variant on display at the annual general meeting of German car manufacturing giant Volkswagen on May 14, 2019 in Berlin.

The two manufacturers said in January that they would collaborate on vans and pickup trucks, without ruling out building up their alliance in other areas.

"Talks on cooperation with Ford on (electric vehicle platform) MEB and automated driving are going well and are close to completion," Diess told a meeting of almost 500 Volkswagen managers in Wolfsburg.

In March, Diess said Ford could be granted a license to use VW's Modular Electric Toolkit "MEB" platform - the technical underpinnings of all the future electric cars planned by the German giant.

In exchange, Ford could offer its Argo AI automated driving technology to VW, which this week announced the end of its partnership with American self-driving tech startup Aurora.

According to press reports, Ford and Volkswagen could announce that the German company is taking a stake in Argo AI in the coming weeks.

"The Ford partnership is of paramount geostrategic importance for the company," Diess said on Thursday.

"Without a strong engagement in the USA, we risk finding ourselves cornered in global trade conflicts" as "today we are a company very strongly linked to China," he added.

Manufacturers are increasingly banding together to foot the massive investments required to develop next-generation cars.

Mercedes-Benz maker Daimler and BMW - who have been fierce rivals for years - are working together on automated driving, while BMW is developing electric motors with Jaguar Land Rover.