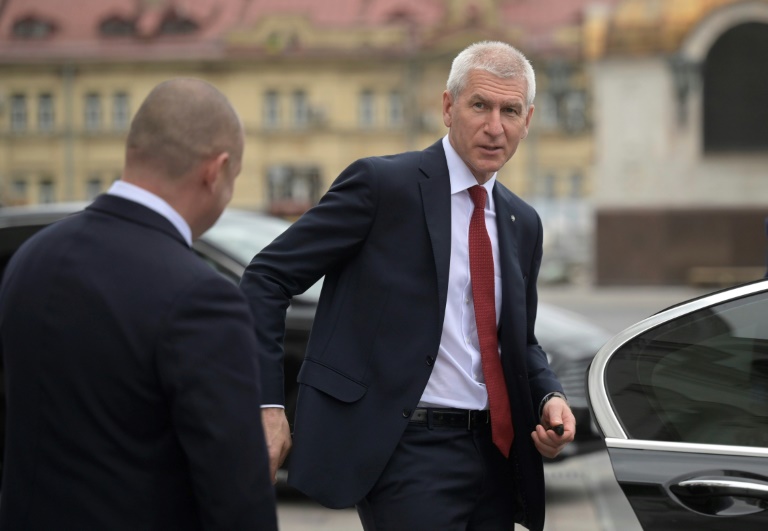 MONTREAL - The World Anti-Doping Agency pressed Russia's sports minister Wednesday to bring in new independent leadership and reforms in their first high-level meeting since the country's exclusion from international sports.

"The main purpose of the meeting was to discuss the requirements that must be fulfilled by the Russian Anti-Doping Agency (RUSADA) and the Russian authorities for RUSADA to be reinstated as compliant with the World Anti-Doping Code," WADA said in a statement.

Russia was banned for four years from major sporting events by the World Anti-Doping Agency in 2019 in the wake of findings that officials manipulated data to cover up positive tests that showed widespread use of performance-enhancing drugs among its athletes.

The Court of Arbitration for Sport, however, reduced the ban to two years ending in December 2022 and clean athletes were permitted to compete under a neutral banner.

"WADA leadership had a constructive discussion today with Minister Matytsin and his delegation," Banka said in a statement.

"The need for RUSADA to retain its independence is critical," he said. "There must be no attempt by the Russian state or sporting authorities to interfere with any of its operations."

Banka also stressed that the appointment of RUSADA's next director general "must follow a rigorous process."

RUSADA has been reformed and made independent, with new training set up for future coaches and sports managers.

Team Russia was not at the Tokyo Olympic Games this summer, but 335 of its athletes ruled as being clean were there, making it one of the largest delegations.

Russia will miss the Winter Olympics in Beijing next year and also the 2022 football World Cup in Qatar.

But the International Volleyball Federation confirmed in June that Russia will host the 2022 World Cup.