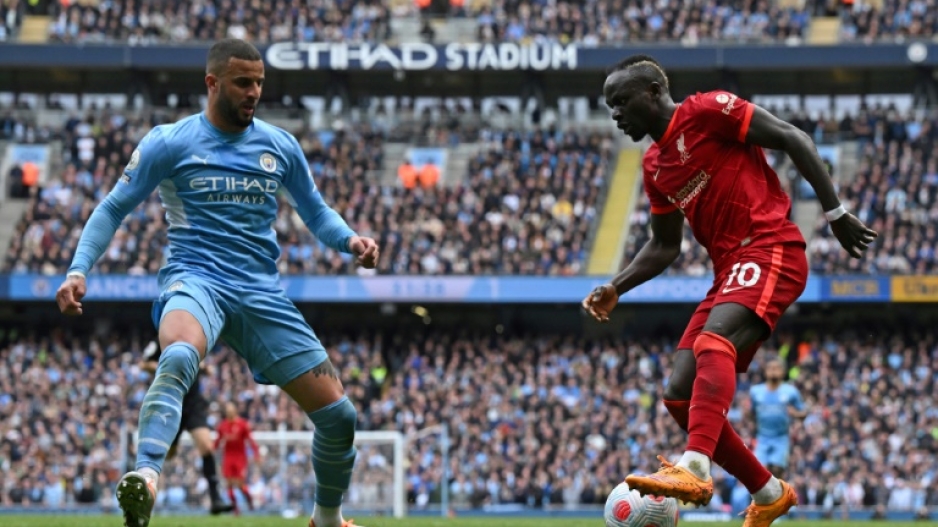 Sunday's 2-2 draw at the Etihad left reigning champions City one point ahead of second-placed Liverpool at the top of the table with seven games remaining.

"Of course we want to win every game, especially when people come to our own patch, but it's very important not to lose the game," Walker told reporters.

"We can't lose a game (like this) and then be trailing them because good teams like them don't drop too many points. You take a point, you move on and they've still got to catch us. I feel that it's a step in the right direction."

The defender added: "It's in our hands, we're still top of the Premier League. That's an important message we need to hold onto and take into the next couple of games, which are very important."

Goals from Kevin De Bruyne and Gabriel Jesus either side of a Diogo Jota strike put leaders City 2-1 up at half-time but Sadio Mane levelled seconds after the restart to change the tone of the match.

City are not in league action again until they are at home to Brighton on April 20.

Before that match, they travel to Spain for the second leg of their Champions League quarter-final against Atletico Madrid on Wednesday and then face Liverpool again, in the semi-finals of the FA Cup.

"These are the games that you want to be involved in," said Walker. "It's exciting."

Liverpool defender Trent Alexander-Arnold accepted his side were now reliant on other results.

"It was very important for us not to lose this game, we're still in a decent position but it is in their hands," he said.

"A few years ago (in 2018/19 when Liverpool were pipped to the title by a single point) this is what happened. They (City) went on a really good run and we weren't able to capitalise on that.

"Hopefully, this time around, they will drop a few points for us.

"It is seven games. Who knows what will happen, hopefully we make it exciting. It might go down to the last day again," he added.