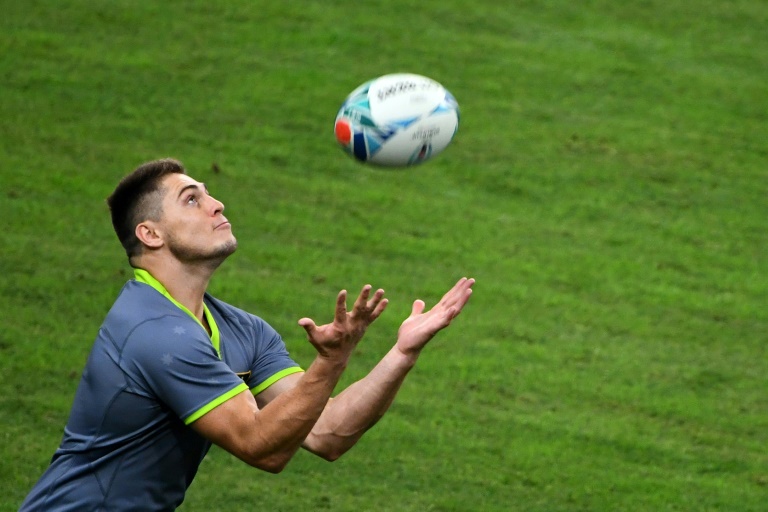 SYDNEY - Wallabies playmaker James O'Connor is expected to be fit for next month's Test series against France after a neck injury sidelined him from Super Rugby Trans-Tasman, Australia coach Dave Rennie said Thursday.

"He's been getting stingers for the last four or five weeks and it came to a head (so) he missed last weekend," Rennie told reporters on Queensland's Gold Coast, where the Wallabies are setting up camp.

"He's going to miss this weekend (Reds v Hurricanes) but we anticipate him being all right (for the Tests)."

Rennie said O'Connor, who recently signed a contract extension that will take him through to the 2023 World Cup, had been "outstanding" this year for the Reds after leading them to the Super Rugby AU title.

While O'Connor's place in the Test side is seemingly locked in, Rennie said there were still spots up for grabs as Super Rugby Trans-Tasman enters its final regular-season round.

"We've probably got about 80 percent of the squad nailed and there's a handful of performances that are going to be important this weekend to make our final decision," he said.

Rennie named an extended 40-man squad for the France series in March but indicated a willingness to look beyond that group to bolster the Wallabies' playing stocks.

He confirmed that options included lock Izack Rodda, returning from a short stint in France, and Reds hooker Brandon Paenga-Amosa, who has signed for Montpellier next season.

"If we've got our best players here playing with the kids coming through it's going to improve the quality of the clubs and our competition," he said.

"If we pick wholesale, like South Africa and Argentina do from Europe and Japan, players will leave in droves because they can earn three times the amount of money."

The three-Test series against France begins in Sydney on July 7.