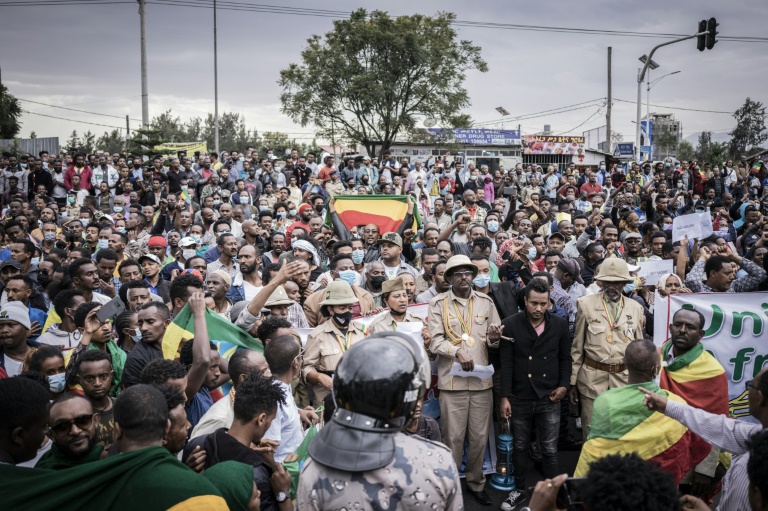 ADDIS ABABA - Ethiopia on Thursday accused the United States of spreading false information about security conditions in the war-hit country, warning such statements could harm ties.

Crowds of government supporters protested outside the US and British embassies in the capital Addis Ababa, waving Ethiopian flags and chanting "Stop foreign meddling" and "Stop fake news".

Ethiopia's claim highlighted growing tensions between Prime Minister Abiy Ahmed's government and world powers that once saw him as a reformer but now voice alarm at the year-old war destabilising Africa's second most populous country.

Washington in particular once viewed Ethiopia as a vital security partner in the volatile Horn of Africa.

But their relationship risks hitting new lows even as rebels threaten to march on the capital Addis Ababa. 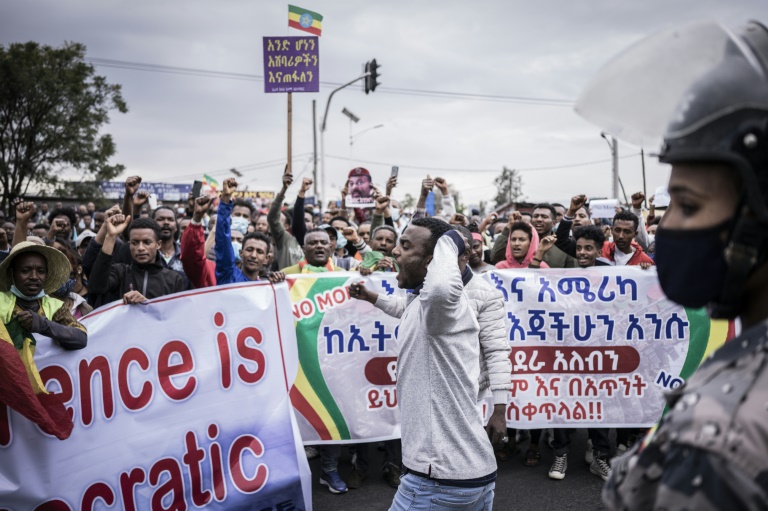 The Ethiopian government has accused the US of disseminating 'false information'

On November 5, the State Department ordered the withdrawal of non-essential embassy staff because of "armed conflict, civil unrest, and possible supply shortages", and several other diplomatic missions have followed suit.

This week the US embassy further rankled Abiy's government by posting a warning about the potential for terrorist attacks in Ethiopia.

"Previously they disseminated the information that Addis Ababa is surrounded [by rebels], now they are saying this false information that a terror attack will be conducted," Kebede Desisa, a government spokesman, told a press conference for state media Thursday.

"These actions hurt the two countries' historical relations," he said. 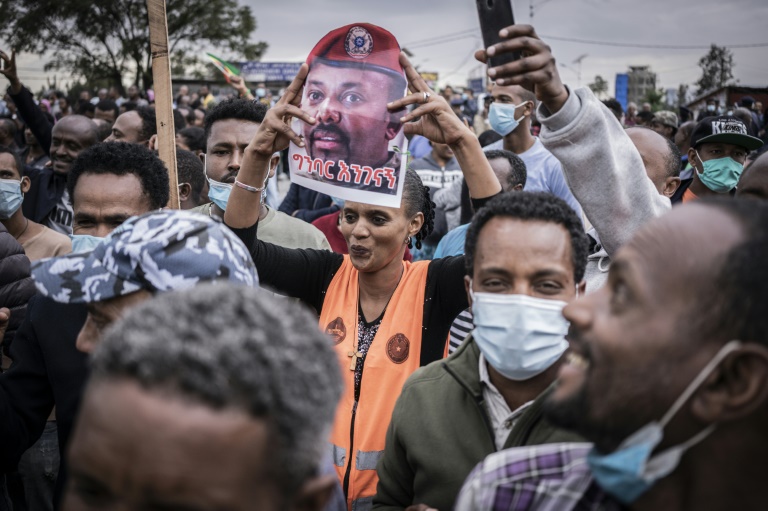 The Biden administration this month announced its intention to boot Ethiopia from a key trade pact that grants duty-free access for most exports.

But it has held off on imposing sanctions against the Ethiopian government and rebels in hopes of encouraging a ceasefire.

Ethiopia's war erupted in November 2020 when Abiy, winner of the 2019 Nobel Peace Prize, sent troops into the Tigray region to topple its ruling party, the Tigray People's Liberation Front (TPLF).

He said the move was in response to TPLF attacks on federal army camps and promised a swift victory, but by late June the rebels had retaken most of Tigray, including its capital Mekele.

Since then, the TPLF has pushed into neighbouring Amhara and Afar regions, and this week it claimed to have seized a town just 220 kilometres (135 miles) from Addis Ababa.

The fighting has killed thousands and driven hundreds of thousands into famine-like conditions, according to UN estimates.

The African Union's special envoy for the Horn of Africa, Olusegun Obasanjo, is leading a diplomatic push for a ceasefire, but there have been few signs of progress so far.

On Wednesday state media reported that Abiy, a former lieutenant-colonel in the military, had arrived at the front line to lead a counter-offensive, handing over regular duties to his deputy.

The TPLF wants government and allied forces to withdraw from the western section of Tigray, while Abiy's government wants the TPLF to pull out of Amhara and Afar. 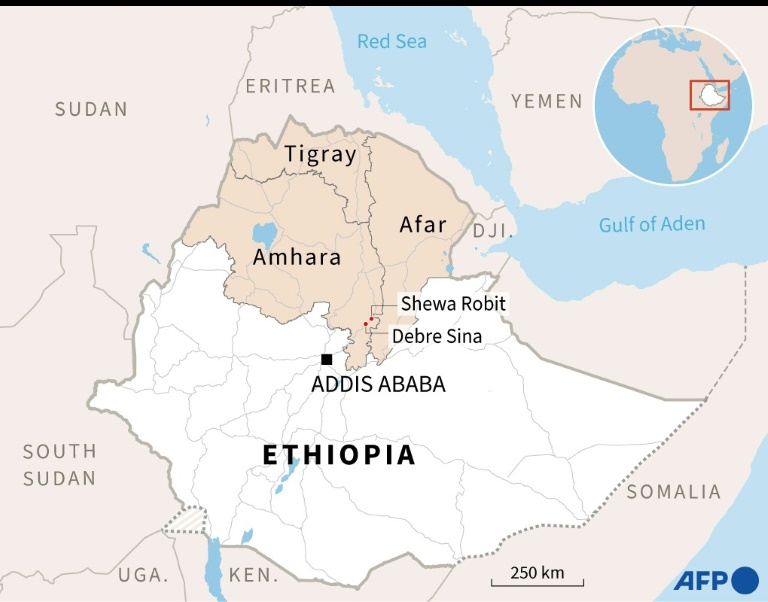 Map of Ethiopia locating northern regions Amhara, Tigray and Afar, and the towns of Debre Sina and Shewa Robit

TPLF leaders also say they are intent on breaking what they describe as a humanitarian "siege" of Tigray, where vanishingly little aid has gone in over the past month.

A week ago the government said it would allow 369 aid trucks into Tigray.

On Wednesday the UN humanitarian coordination office said nearly 40 trucks bearing food and other aid had left for Tigray from the Afar capital Semera.

"This is the first convoy since 18 October," it said in a statement.

"Trucks containing fuel and medical supplies are still waiting in Semera pending clearance from the authorities."

The UN also ran its first humanitarian flight from Addis Ababa to Mekele this week since the service was suspended in October amid a campaign of government air strikes in the region.

France this week joined the long list of countries urging their citizens to leave on commercial flights, and on Thursday an email to French citizens announced a Paris-bound charter flight would depart Sunday.