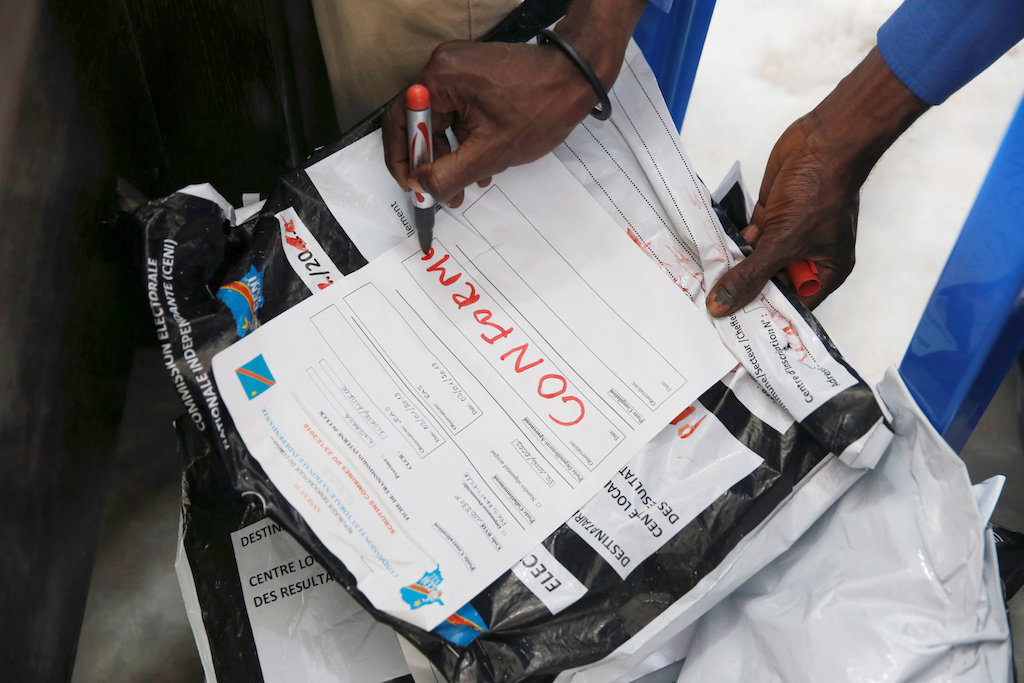 A Congo's Independent National Electoral Commission (CENI) official marks a bag after the counting of presidential elections ballots at tallying centre in Kinshasa.

KINSHASA - Europe and Africa heaped pressure on DR Congo, urging it to respect voters' wishes in key presidential elections as a deadline for unveiling the outcome loomed.

Expectations are mounting that electoral overseers will delay publication of provisional results due by Sunday -- a move likely to add to tensions in a notoriously unstable country.

"The Democratic Republic of Congo is at a historic moment toward a democratic transition," the European Union said in Brussels.

It called on the authorities "to ensure the upcoming results conform with the Congolese people's vote."

A similar appeal was made by the African Union after it was briefed by the head of an 80-member AU election monitoring team.

On Thursday, the United States called on the DRC to release "accurate" results and warned of sanctions against election violators.

"Those who undermine the democratic process, threaten the peace, security or stability of the DRC, or benefit from corruption may find themselves not welcome in the United States and cut off from the US financial system," the State Department said.

The UN Security Council was to meet behind closed doors on Friday to discuss the DRC, diplomats in New York said.

The thrice-delayed elections last Sunday were called to choose a successor to President Joseph Kabila, at the helm of sub-Saharan Africa's biggest country for nearly 18 years.

International concern has also been triggered after the authorities' decision to cut internet access, block French public-service broadcaster Radio France Internationale and force its correspondent out of the country.