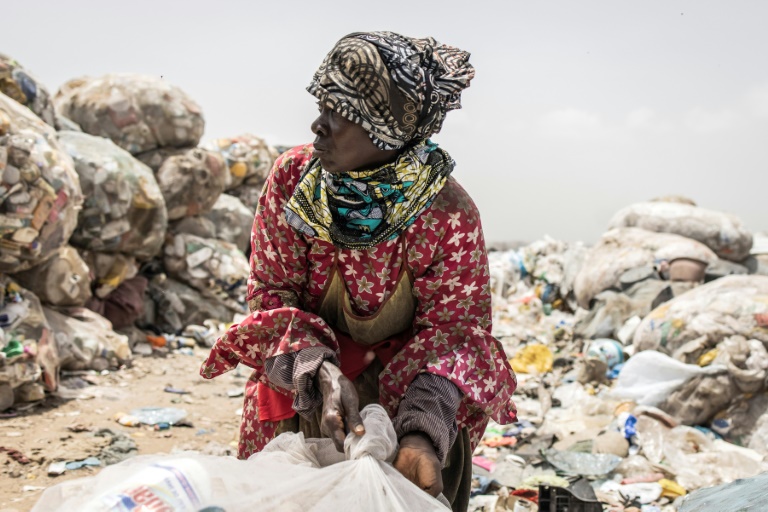 About a quarter of the pickers earn more than $180 a month, but many earn far less, a study found. AFP/John Wessels

DAKAR - Scores of pickers move along a raised platform of rubbish, scooping up pieces of plastic with iron hooks, alongside cattle and hundreds of egrets also scouring the trash.

The smell is rancid atop what the pickers dub "Yemen" -- a volcano-like mound of multicoloured refuse in the sprawling Mbeubeuss landfill, on the edge of Senegal's capital Dakar.

Dump trucks tip trash onto the platform that towers over a suburb of the West African metropolis, as pickers lunge towards the fresh piles of garbage.

"Everyone is enriching themselves," says Laye Niaye, a security guard, watching men, women and children wade through the trash.

Dakar, a growing city of over three million people, produces hundreds of thousands of tonnes of waste a year.

Almost all of it ends up in Mbeubeuss, a landfill about 30 kilometres from the centre which has a notorious reputation as an environmental hazard.

The landfill is also so big -- estimated at 115 hectares -- that it is difficult to control, with several informal villages within the site. 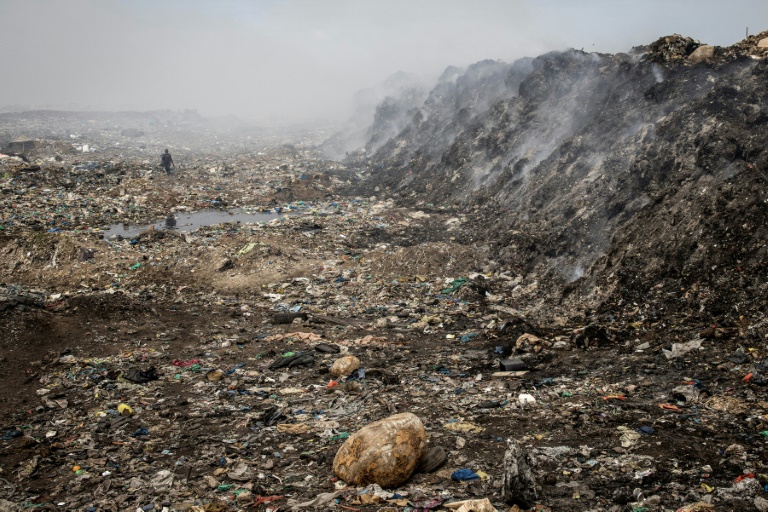 The Mbeubeuss landfill has a notorious reputation as an environmental hazard

After decades of chaotic management, the Senegalese government plans to transform the open-air dump into a waste-sorting centre over the next few years.

But the move threatens a thriving local economy.

About 2,000 pickers ignore the stench and the fumes and make money by scavenging for plastic, iron and aluminium among the rubbish.

They sell the recyclables to wholesalers, who then resell to companies.

Mouhamadou Wade, a sinewy 50-year-old who has worked on the site for 30 years, explains what makes a good picker: "You have to be a hard man: Tough, courageous and determined".

But like many of his cohort, he is concerned. "The waste centre is not good for pickers," Wade says.

Waste-picking is dangerous, dirty and hard. But those who excel at it can be well rewarded. 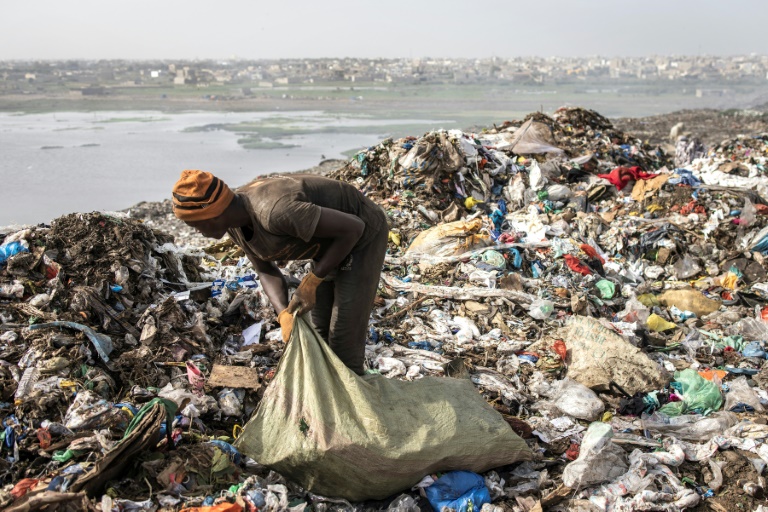 About 2,000 pickers ignore the stench and the fumes and make money by scavenging for plastic, iron and aluminium among the rubbish

A minority earn more than twice that sum, but many earn far less.

Souleiman Diallo is loading bales of plastic onto a wholesaler's truck.

"It's very difficult," he says, adding that he's on the dump because "there's no work" elsewhere.

Pape Ndiaye, the spokesman of the pickers association, says it has become harder to earn a good living because of fierce competition and stagnant wholesale prices. 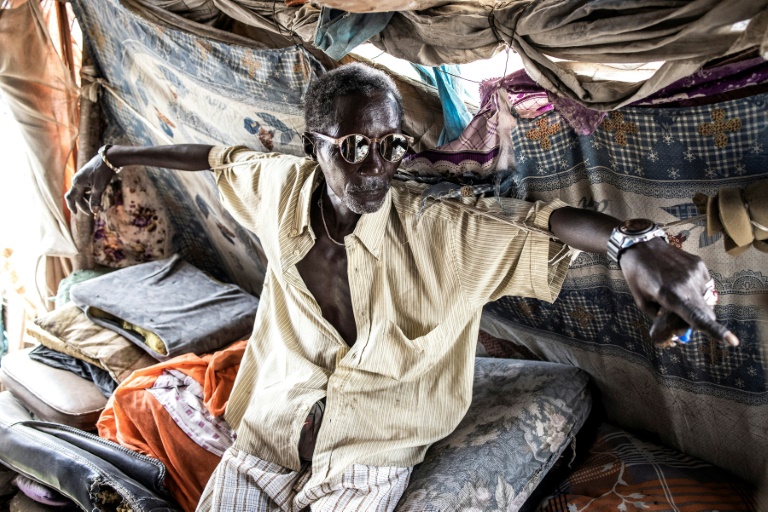 'The pickers are always the losers,' says Pape Ndiaye, spokesman for the pickers association

"It's the middleman that hurts us," says the 66-year-old, reclining in a makeshift hut surrounded by plastic bottles.

Though the pickers perform a vital environmental service, he says, they "are always the losers."

For Abdou Dieng, who runs Mbeubeuss for Senegal's waste-management agency UCG, fires and smoke are the main concern.

He becomes agitated when he sees smoke rising from a platform that was recently sealed with gravel and sand -- the result of a fire set by a picker to flush out valuables. 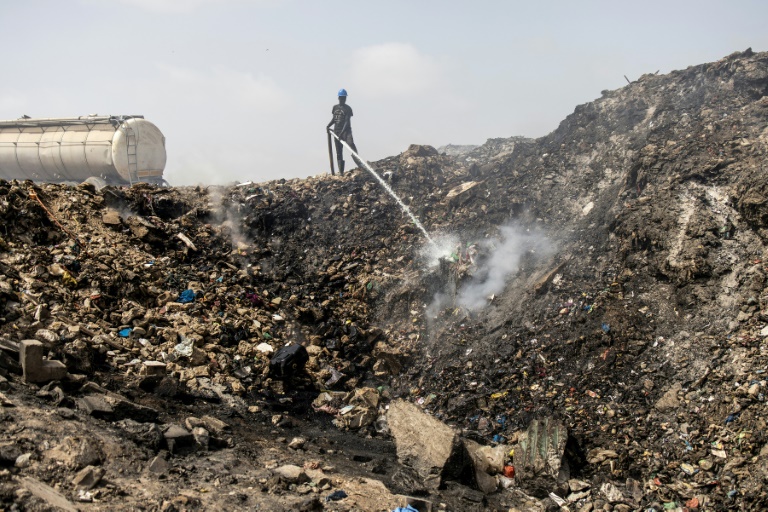 "Once I get my hands on him I'll cause him a lot of problems," vows Dieng, surveying the steaming mound.

The young official was brought in last year to reduce the dump's environmental impact.

"The people were revolting" because of the plastic fumes wafting over city neighbourhoods, he says.

Dieng has reduced fires by limiting dumping to managed platforms, and by punishing wrongdoers.

Maguette Diop, from the NGO Wiego, says Dieng has improved the landfill. Fewer people are falling ill from the fumes, he says.

In any event, Mbeubeuss is expected to close by 2025 to make way for the waste-sorting centre.

Diop is pushing for more engagement with the pickers as the landfill is wound down, noting: "There will be job losses."

But Wade, the dump veteran, says everyone is worried. "We don't know what we will do tomorrow," he says.