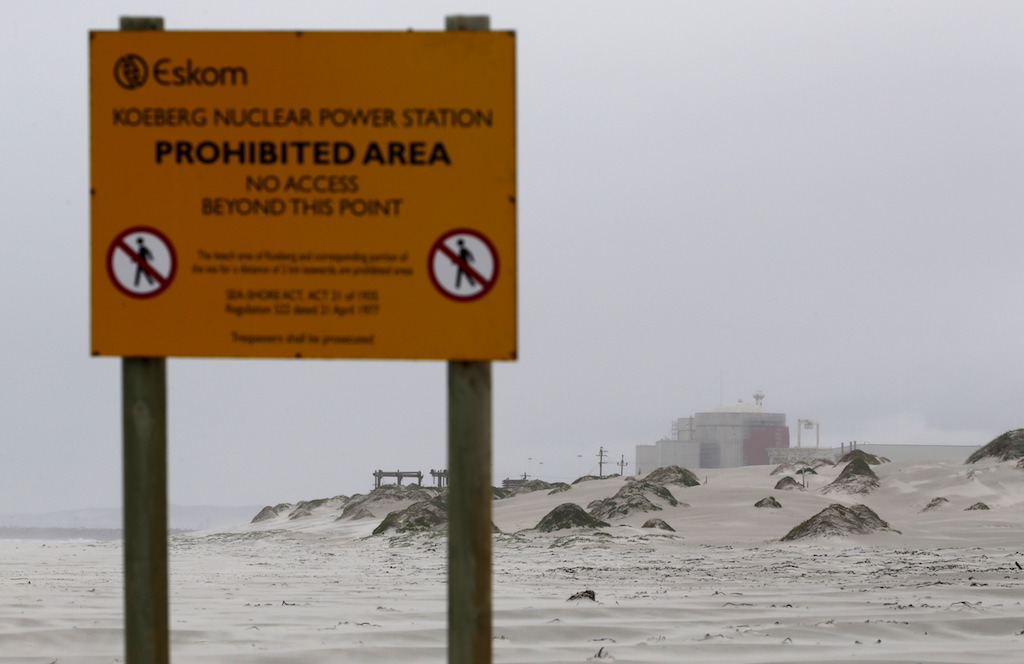 Storage of high-level radioactive waste is a major environmental concern in the region, as South Africa looks to extend Koeberg's life for another two decades and mulls extra nuclear power plants.

Koeberg, Africa's only nuclear facility, is situated about 35km from Cape Town and was connected to the grid in the 1980s under apartheid.

"The Koeberg spent fuel pool storage capacity is currently over 90 percent full. (These) pools will reach (their) capacity by April 2020," Eskom told Reuters in a statement.

Koeberg produces about 32 tonnes of spent fuel a year.

Fuel assemblies, which contain radioactive materials including uranium and plutonium that can remain dangerous for thousands of years, are cooled for a decade under water in spent fuel pools.

Three years ago Eskom paid an estimated R200-million for an initial batch of seven reinforced dry storage casks from US energy company Holtec International to help keep Koeberg running beyond 2018.

Eskom now has nine new unused casks on site, each with an individual capacity of 32 spent fuel assemblies, with another five expected to be delivered soon.

"These casks are presently stored empty on the Koeberg site while Eskom is in the process of applying for a usage licence from the National Nuclear Regulator (NNR)," Eskom said.

The 14 casks should ensure there is sufficient storage in the spent fuel pool until 2024, Eskom said, ahead of a tender for an extra 30 casks.

READ: SA will be hit by the worst blackouts as Eskom shuts ageing plants

The NNR said Eskom only had permission to store four dry casks at Koeberg and that the power utility had applied for a licence change request justifying the use of 14 additional dry storage casks.

"Eskom indicated that the safety case will be submitted to the NNR in 2020," said regulator spokesman Gino Moonsamy.

"We have a ticking bomb with high-level waste and fuel rods at Koeberg," said Makoma Lekalakala, Earthlife Africa's director.